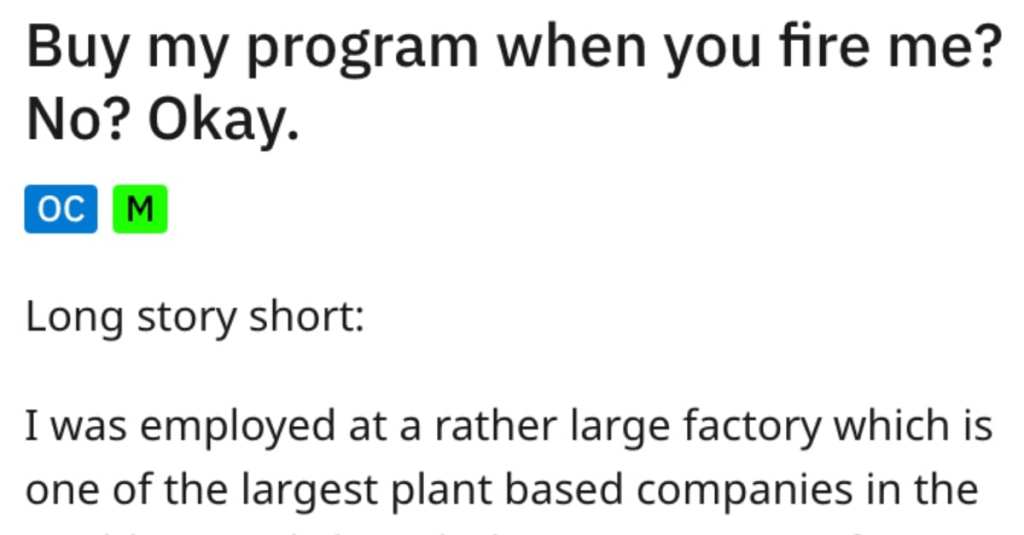 The nerve of some people in certain companies! It’s enough to drive a person nuts.

Or at least to make them decide to take a program with them when they get fired.

Let’s see how this interesting story played out…

Buy my program when you fire me? No? Okay.

I was employed at a rather large factory which is one of the largest plant based companies in the world, recently bought by an investment firm not so long ago.

Anyways, I developed a program which was used at the factory, it could tell whenever any machines were not running, even if it was due to a manual stop or anything else. My program knew the reason why the machine was idling. This program made it so much easier for the entire factory, workers were happy because they didn’t need to do any manual work and write down every time the machine stopped.

Lead up to about a year ago.

Factory appoints a new chief, all the old employees that were in a leader position was let go because it was time for “new blood to come in”. There was talk a lot of talk about selling off parts of the factory, including machines and so on. This included programs that I had developed, including the program that identified whenever a machine stopped.

I developed this program on my spare time, showed it to the old management and they liked it enough that they wanted to use it on every station in the factory. Every machine was to use this program, all that had to be done was for the program to be maintained weekly. This was around 5 years ago or so.

When the newly appointed factory chief wanted to let the the old employees, me included, leave, it was not known that I was the person behind that program. Anyways, at my meeting with HR and the factory chief I said that I was willing to sell them the program and teach someone how to maintain the program.

The factory chief laughed in my face and said it was company property and that it was simply “their program” and not mine. I offered to show them the source code and everything but it lead up to the point where if I was to tamper with the program before my departure, they would sue me. I was officially let go, 2 month countdown began and after 2 months I was free.

After a week or so, they noticed problems with the program, it would stop loading, stop registering stops and it would mislabel stops. I knew that this was when the fun was about to begin. After a month, I was called in to the office and was told that “I had tampered with the program because it had suddenly stopped working.”

I let them know that someone had to maintain it. I was ordered to teach someone how to do that job and I told them “after you pay me for the program rights”. They wouldn’t budge and I was told to return to work.

When I had a week left, I strolled around the factory floor for a while and noticed that no stations were running my program anymore. I asked some operators why that was and they told me that “it just stopped working, now we need to fill out forms every time the machine stops manually.” I shrugged and told them to thank the factory chief.

I left after that week, got a phone call about a month after I left where they begged me to sell them the rights and teach someone how to maintain it.

I never sold them that program, instead I sold an improved version to another factory nearby, where I am now employed.”

And here’s how people reacted to the story on Reddit.

This person said that they experienced a similar situation, so they couldn’t definitely relate to what the person is going through. 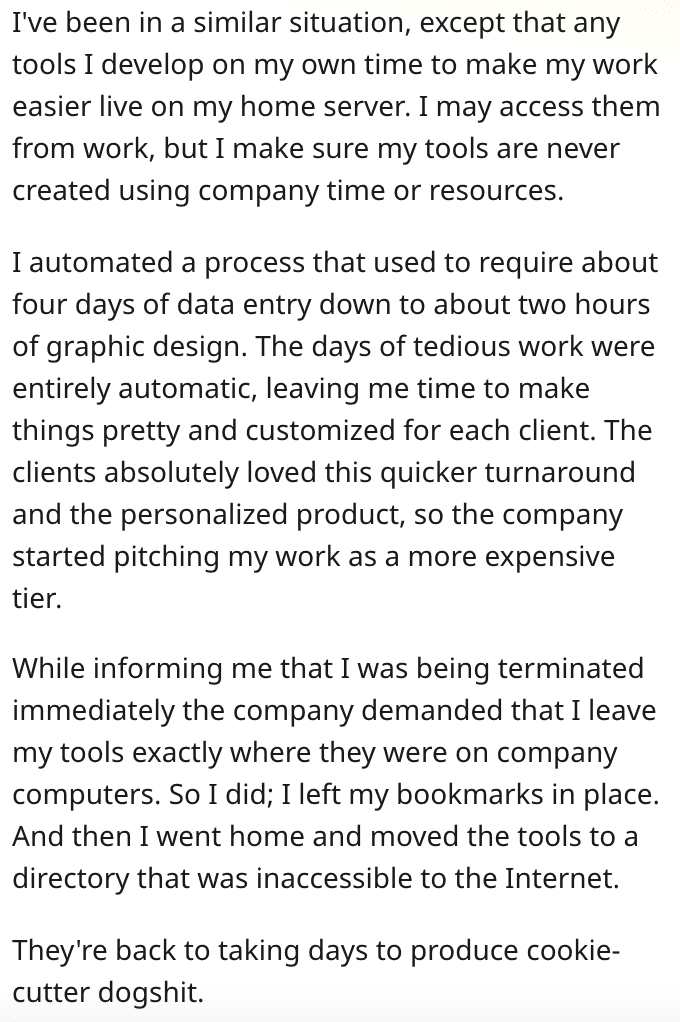 Another reader said that the policy of many companies these days is more likely to kill creativity and ingenuity. Might be true… 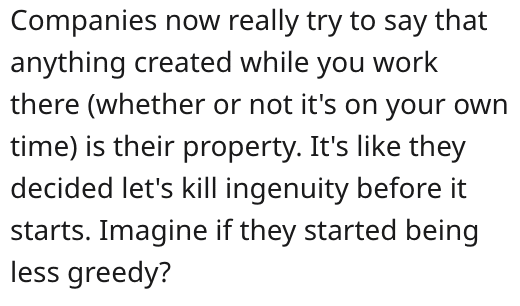 This Reddit user said that there are a whole lot of time-wasting things that happen at all kinds of companies…but some things never change. 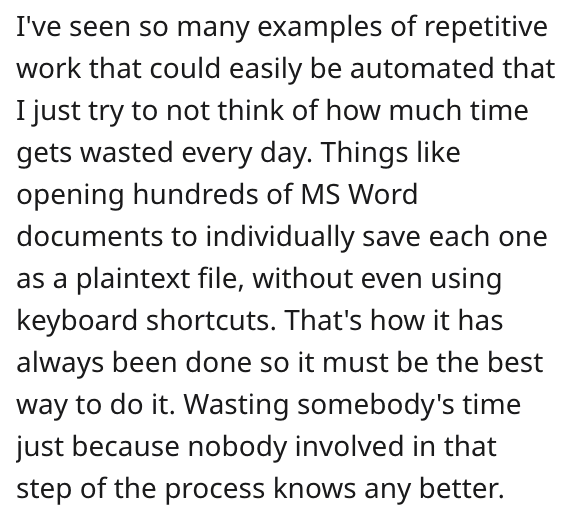 And finally, this person said that the company actually probably did this person a favor by firing them. 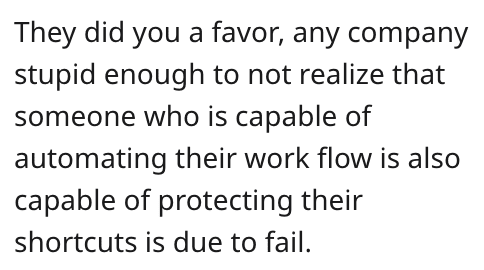 Have you ever had something like this happen to you at work?