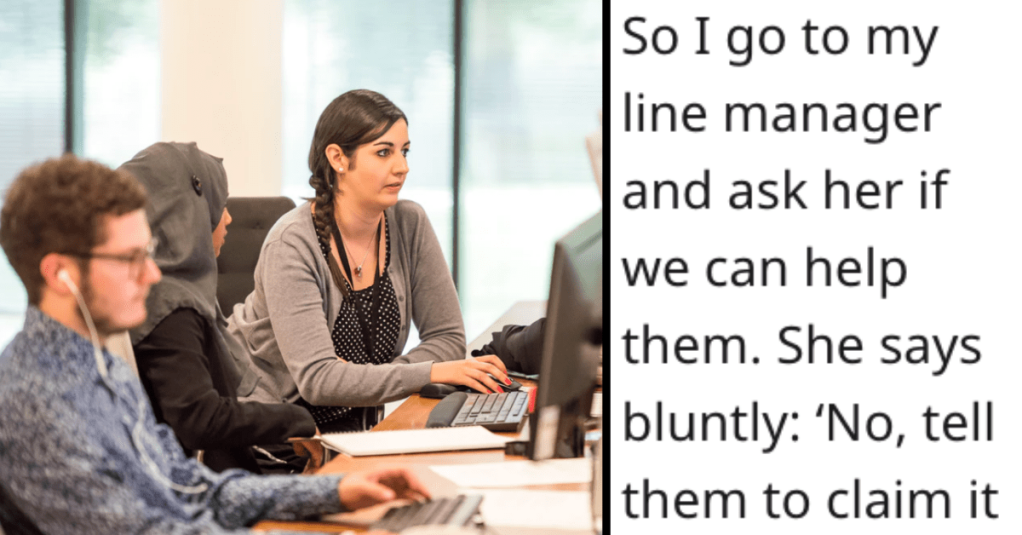 All I gotta say is, thank goodness for certain call center people who go the extra mile to help folks out when they’re in a tough spot.

I can’t tell you how many times I’ve been on the phone with certain companies over the past several months and the whole experience has just made me want to throw my phone against the wall.

But this is a different kind of story. A nice story about a call center employee going the extra mile to help someone out…imagine that… 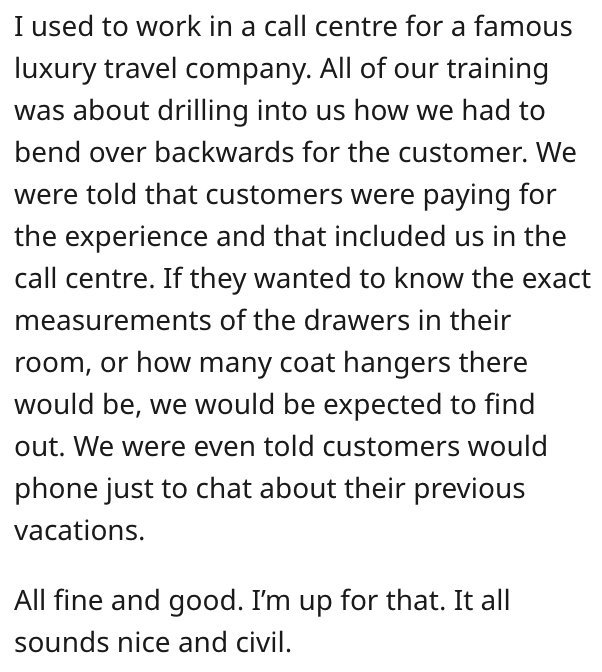 The training this person received didn’t really seem to line up with the reality of the job.

So much for bending over backward for the customer, huh?

It seems like these folks were on their own once they actually started the job…and so were the customers who needed help. 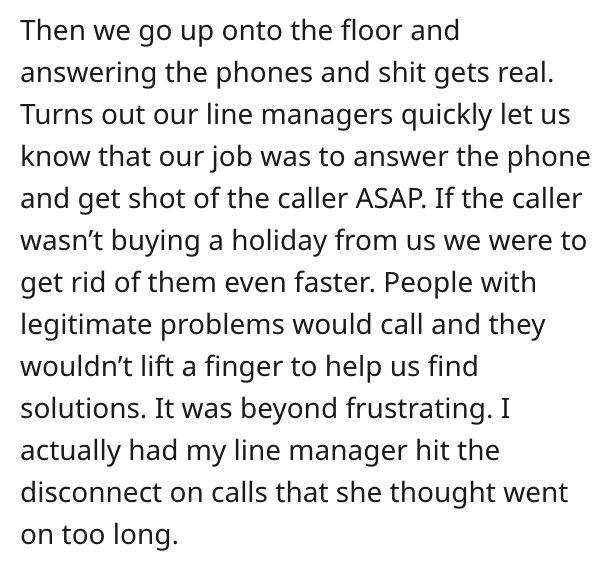 And then they got a call from a nice old woman named Mrs. H.

Mrs. H. had a major problem and wanted to postpone her vacation for one year because her husband had just been diagnosed with a terrible disease.

And this person really wanted to help the old woman out because it would have been a lot of money down the drain if they weren’t able to postpone or cancel the trip. 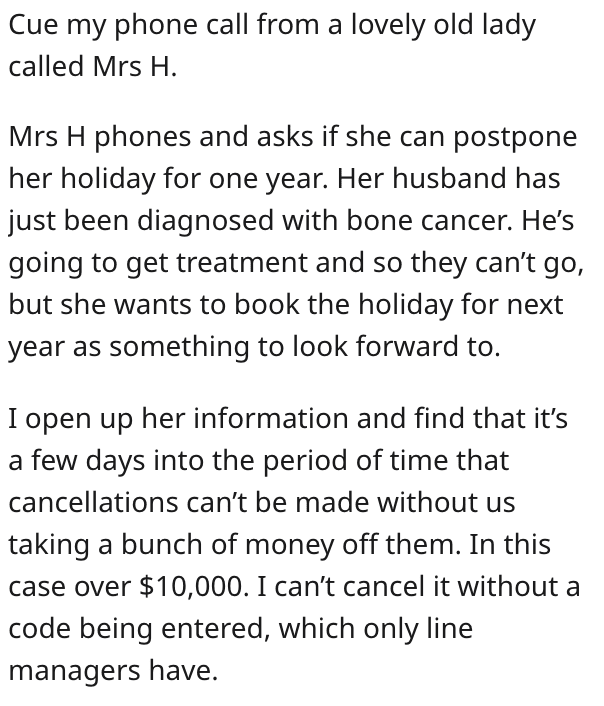 The worker reached out to their manager but was shot down immediately.

Mrs. H. said she would claim it on her insurance but she called back the next day with more bad news. 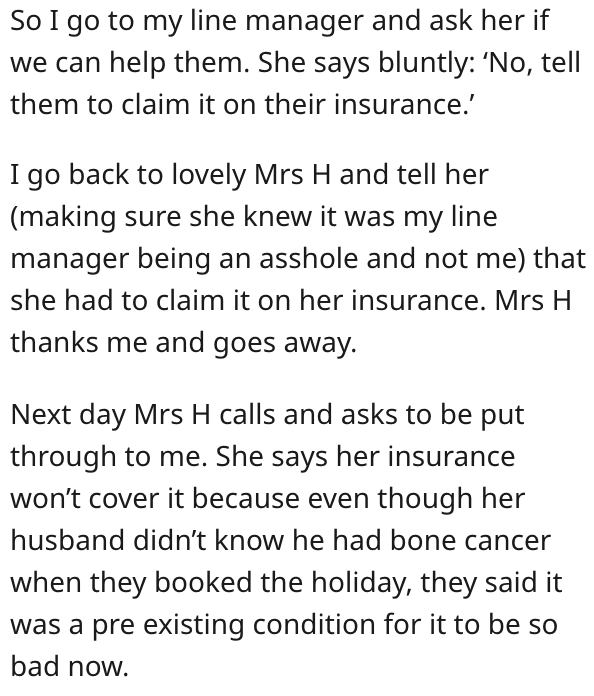 So this person asked their manager again to help out the woman.

And the manager sounds like a total creep, because she refused again and even made a rude comment. 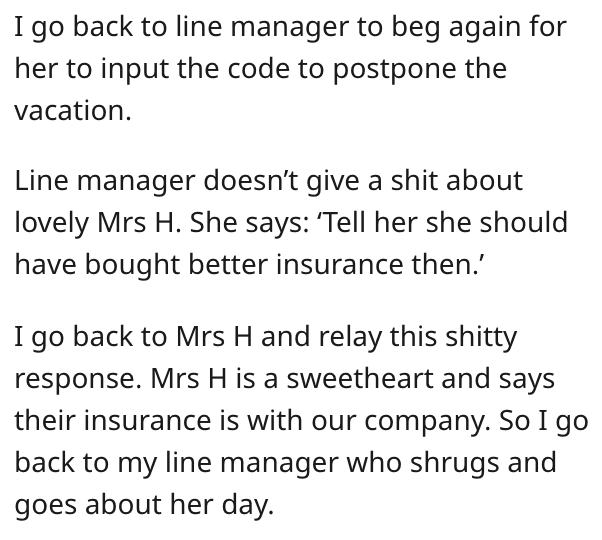 So the person came up with a plan to help out the unfortunate woman. 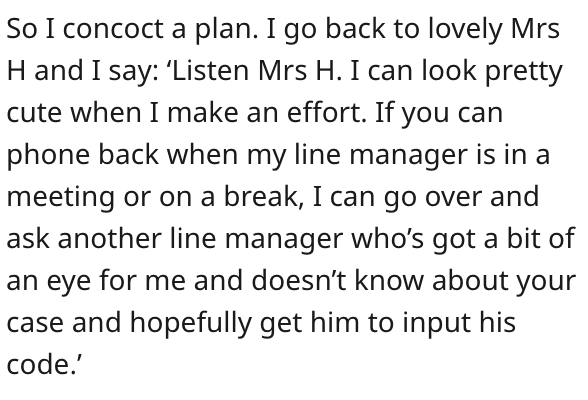 And it took a little bit of planning…

But Mrs. H. finally called at the right time when the manager was off somewhere else in a meeting.

The worker got all dolled up and got another manager to give her the special code. 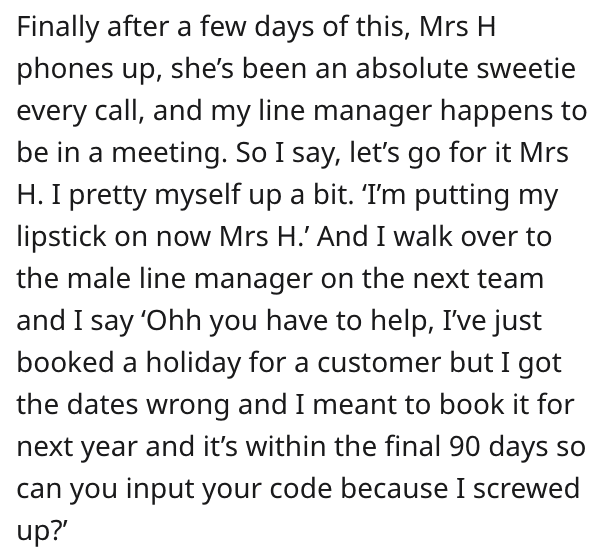 The nice manager fell for the ploy hook, line, and sinker, and punched in the code that would help out Mrs. H. 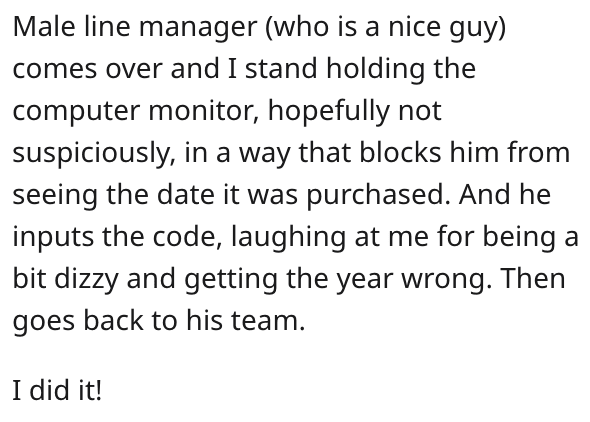 “The eagle has landed!”

Mrs. H. was obviously very happy with this turn of events. 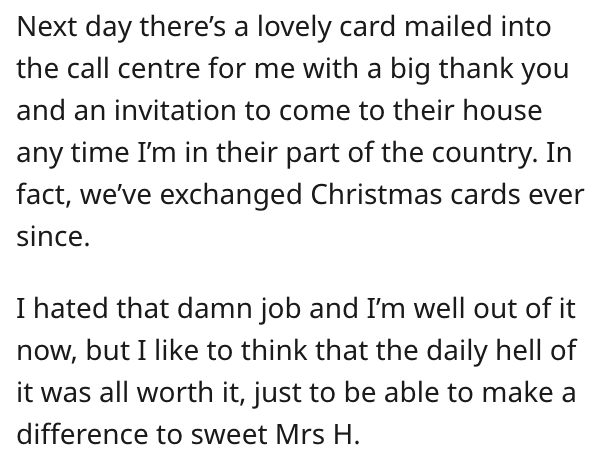 Alright, dear readers, now we want to hear from you.

In the comments, please share some interesting stories from your own work life.