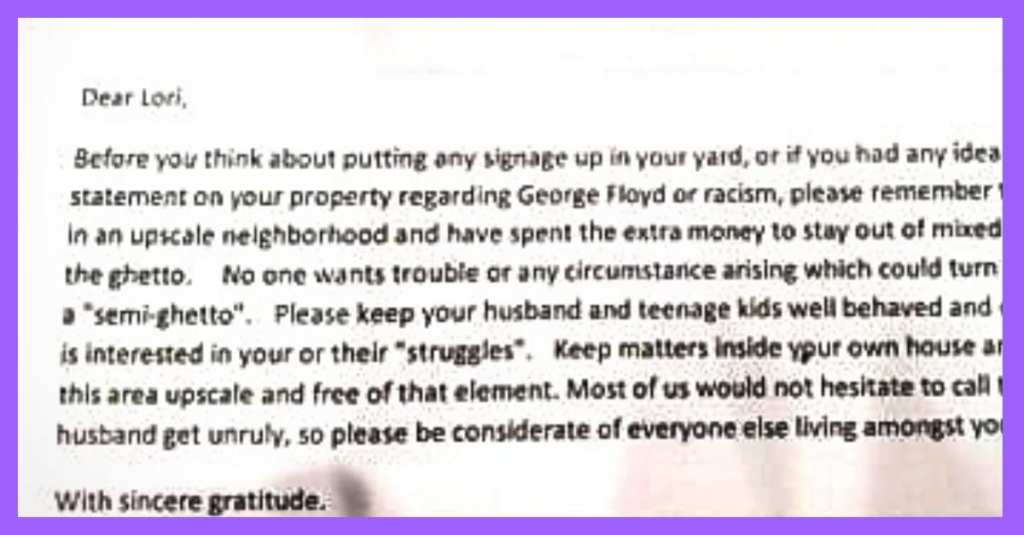 With racism still rampant—especially in the wake of George Floyd’s death—that has led bigoted people to feel empowered to express themselves.

Unfortunately for an interracial family who resides in Raleigh, North Carolina, they learned that the hard way through a racist letter sent by an anonymous neighbor.

The letter begins by sending a stern warning to Lori, a white woman married to a Black man, about putting up a Black Lives Matter sign in her yard.

“Please remember that the rest of us live in an upscale neighborhood and have spent the extra money to stay out of mixed neighborhoods and/or the ghetto.”

No one wants trouble or circumstance arising which could turn our neighborhood into a ‘semi-ghetto’.”

As if that wasn’t racist enough, the sender took things to the next level. In fact, it turned into a direct threat.

“Keep matters inside your own house and do your best to keep this area upscale and free of that element.”

The anonymous neighbor even warned that no one will hesitate to call the police on Lori’s kids or her husband should they get unruly. 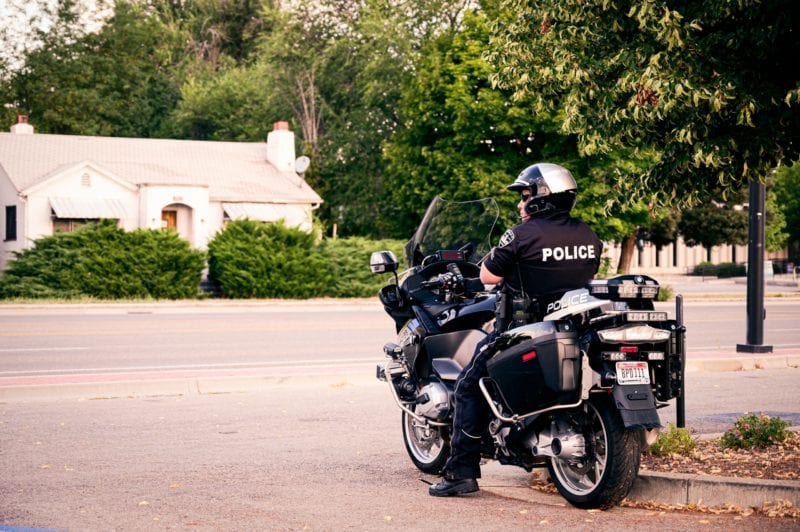 Naturally, Lori sent the letter to the rest of her neighbors to make them aware of the situation and sent a strong message of her own to the anonymous sender.

“To the person who wrote the letter, we pray for your heart to be released from bitterness and filled with understanding and compassion for others.”

And as she put it so bluntly: Black lives do matter.

Have you ever encountered a racist neighbor or person in your community? How did you handle the situation?

Tell us more in the comments below.