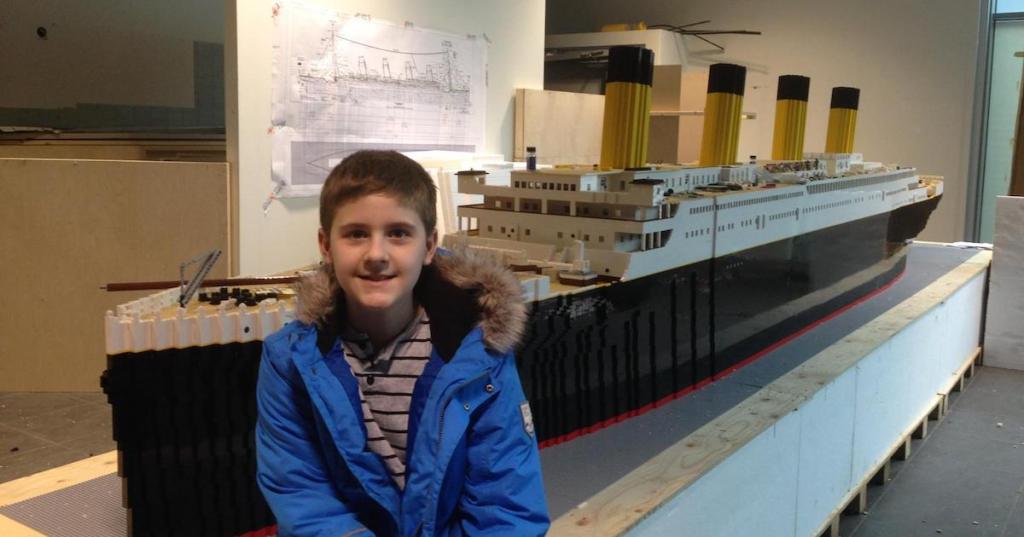 Over 100 years after Titanic‘s sinking and over 20 years after the movie of the same name that captured the world’s imagination, an autistic boy has built the world’s largest Titanic replica with 56,000 LEGO bricks.

Brynjar Karl Birgisson was 10 when he embarked on his journey. The model, which took almost a year to build, was created from a plan using the ship’s original blueprints.

The project cost about $8000 from start to finish—his family put money in, as did fans who donated to his efforts through crowdfunding. Denmark’s LEGO Group helped Brynjar with a substantial discount on its bricks, and people also donated their own.

Building the ship has had added benefit for Brynjar—he was able to finally come out of his shell. His confidence has soared, his communication skills have gotten much better, and his schoolwork has improved.

“When I started the building process, I had a person helping me in every step that I took, but today, I’m studying without any support.

My grades have risen, and my classmates consider me as their peer.

I have had the opportunity to travel and explore and meet wonderful people.”

Brynjar built the ship with help from his mom and his grandfather, who is an engineer. They were both more than happy to help him realize his dream, and what a dream it is!

That dream has now taken him around Europe with the replica, he has done TED talks, and has made a documentary about his journey.

‘How the Titanic Became My Lifeboat’ shows how the project brought him out of his “autistic fog” and onto the world stage.

What do you think of Brynjar’s Titanic undertaking? Can you believe he did something this massive?