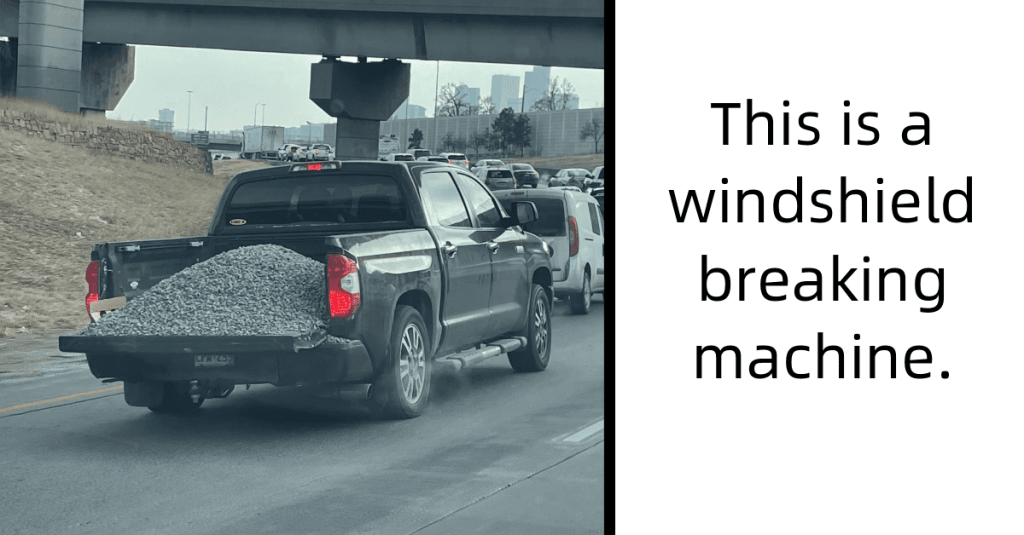 Bad Drivers You’ll Want to Avoid on the Road

The older I get, the more annoyed I get when I’m out on the road.

It’s not like I’m bashing in peoples’ windshields with a golf club or anything crazy like that, but I definitely get pretty annoyed at other drivers out there…

Because they are pretty terrible! And I’m sure you already know that…

And now it’s time to look at some more awful drivers!

Try to avoid these folks next time you’re out on the road, okay?

1. Just some good old boys having a great time.

They’ll get to the lake at some point…

Behind them for 30 minutes. "Don’t you have reddit friends that like this kind of stuff?" -My wife from IdiotsInCars

At least a couple of football fields!

4. This is totally not cool.

Who would do this?

This car driving on the freeway with white tail-lights. Scared the shit out of me. from mildlyinfuriating

5. Good luck getting that home.

Give this van a wide berth.

6. Got farther than I expected…

What was this person thinking?

Let’s hope no one got hurt.

My dad (a firefighter) just sent me this. The real question is how he got out. from IdiotsInCars

8. Stay as far away as possible.

What the hell is that thing? A giant hula hoop?

Listen to me on this one!

Yeah, I’d like to have a double smashed windshield pls, thanks from IdiotsInCars

The cars must have had magnets in them or something.

We have been forced quarantined for 48 hours. Notice the empty street and the closed gas station and these guys managed to get into a crash. from IdiotsInCars

11. Definitely time for some new tires.

Those don’t even look real.

Unless racing, it’s time to change the tires from IdiotsInCars

Have you seen any bad drivers out on the roads lately?

Or maybe YOU did something foolish on the road?