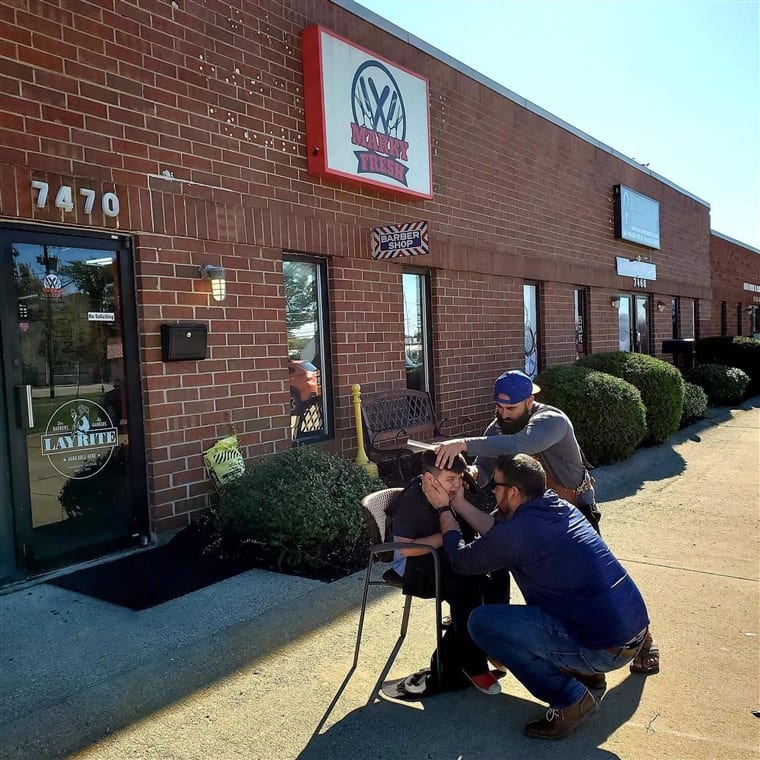 For 7-year-old Brycen Juby, haircuts are a difficult proposition. Brycen has autism, and according to his mom Ashley Juby, when he gets a haircut it always results in a situation that they don’t want to play out in public.

“For the last roughly four years my husband has been cutting his hair at home. [Brycen] would still melt down every time.”

Recently, Brycen was able to tolerate the haircuts without crying, so his parents decided to try taking him to a barber again. They reached out to Marky Fresh Barbershop in Mentor, Ohio to ask if a barber could cut Brycen’s hair after hours, to make the environment as calming as possible.

Luckily, the shop was happy to accommodate — they have plenty of experience with kids’ cuts.

“Aww yes!!! He talked with him the whole time!! It was soo cute and nice of him!” -Client #markyfresh

But things went a bit off-plan after the family arrived at the shop. Brycen became emotional and overwhelmed.

Barber Marco Conti, co-owner of the shop, saw that Brycen felt more comfortable outside the shop. So, he offered to cut the boy’s hair outside.

“Brycen, with tears down his cheeks, agreed.”

They moved a chair outside, and Marco started the cut as Brycen’s dad held his face. That moment was captured on camera, and it has gone viral.

Brycen has a great new haircut just in time for his first year at public school. And Marco says he’s now getting a lot of messages from other parents whose kids require extra support during haircuts.

Marco said about the experience…

“I feel that it is our duty to open our hearts and to accommodate everyone as best as we can with whatever resources we have available with action over intention.

I just wanted him to feel loved and comfortable and safe and that there was nothing to fear.”

And the award for best barber of the year goes to… Marco Conti!

What do you think? Love this story? Share it with your friends or tag them in the comments so they’ll see!