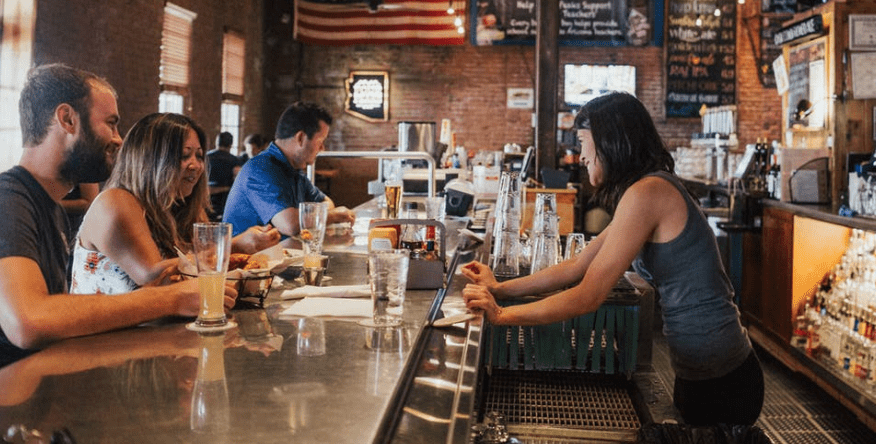 It’s sad (and scary) that in this day and age, people still choose to drink and drive. With all the statistics and horror stories out there, and with the easy availability of Uber and Lyft, there’s really no excuse for ever getting behind the wheel after you’ve had a few drinks.

To help fight this problem, some bars have started rewarding patrons in clever ways when they don’t drink and drive. One example is The Union Bar in Gering, Nebraska. Austin Martin left his truck in the bar’s parking lot one night and his wife picked him up after he met a friend there. When Austin and his wife Janelle Martin went to retrieve his vehicle, they found this note on the truck.

The note is from the owners of The Union Bar and it thanked Austin for not driving after patronizing their business and was good for a free hamburger and fries at the bar. The note ended, “Life is valuable, have a great day.”

Scott and Carla Swanson own The Union Bar and Scott said several cars end up parked overnight in their lot during the weekend so maybe his incentive is working in a small way.

Another bar, Mack’s Tavern in Centerville, Ohio, gives “responsible drinkers” coupons for $5 off their next bar tab.

A woman in Alberta, Canada, was also surprised to find a note on her car the morning after she left it parked overnight at Original Joe’s Restaurant & Bar. She received a voucher for one pound of free chicken wings for not drinking and driving.

The wings look pretty good, in my opinion.

Sure you can bring beer to your games, but you can't bring OJ's wings. Sign up for OJ's Beer League Program and get 50% off wings with your team! www.originaljoes.ca/beerleague. ??

Hopefully, the owners of a lot of other drinking establishments will take notice of this trend and do everything they can to combat drunk driving. Keep up the good work!