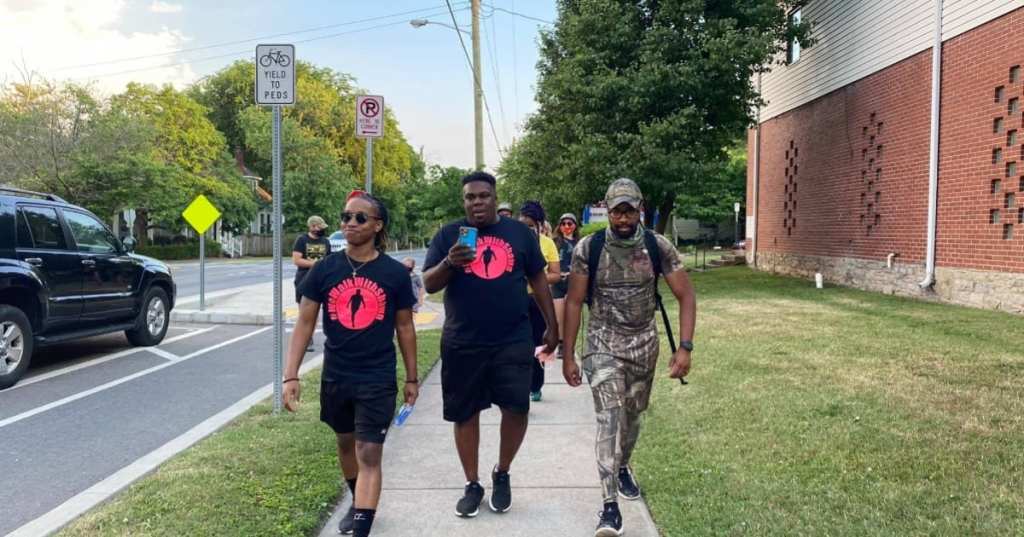 As a Black man living in Nashville, Shawn Dromgoole understands the dangers of walking the streets alone. In light of Ahmaud Arbery’s death and the subsequent rise in racial tension, the 29-year-old understandably did not feel safe walking in his own neighborhood.

Luckily, though, the neighborhood decided to walk with him.

In an interview with The Washington Post, Dromgoole acknowledged that Arbery’s story made him feel as though the same situation could happen to him. He even pointed out that his community app NextDoor included many messages warning neighbors of “suspicious black men.”

But through the power of social media and technology, he shared his story and it has since grown into something he never could have imagined.

Naturally, his neighbors saw the post. And instead of having to be scared of walking in his own neighborhood, Dromgoole went on an evening stroll the next day flanked by 50 other people.

He has since launched “We Walk With Shawn” as hundreds of neighbors have gotten on board the mission. The young man hopes that his story will raise awareness about the effects of gentrification on both a community and on people of color.

“We want to be clear that these walks aim to raise awareness concerning the effects of gentrification on Black and brown people in urban communities because being a ‘good neighbor’ means understanding how our actions and presence impact the lives of those who surround us and no one should be afraid to walk (or run) alone,” he wrote in a Facebook post.

Ultimately, Dromgoole’s story should serve as an inspiration that while we all have differences, we can unit about a common cause and support each other through trying times.

Have you experienced issues with gentrification in your community? How has it changed life? Tell us more in the comments below!