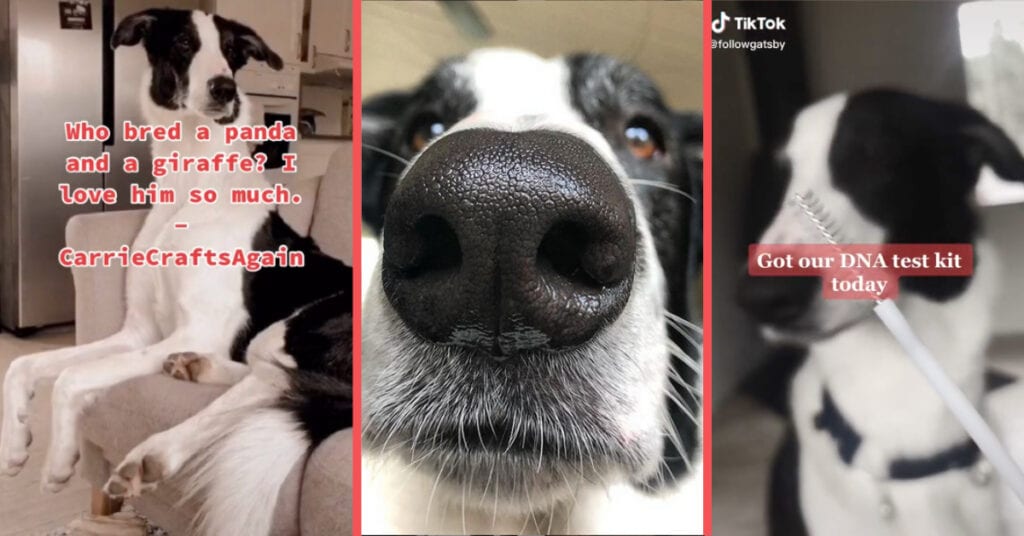 My dog is a rescue, so we don’t really know what she’s mixed with.

She’s a smallish cattle dog, with terrier traits, and based on her teeth, our vet said, “daddy must have been a traveling salesman.”

But even when you know your dog’s breeding history, or think you do, there can be surprising results.

Gatsby’s family told Bored Panda that they fell in love with him immediately, even before he was old enough to leave the litter.

“In 2019, I decided our family needed a new member. I stumbled across someone who had a litter of pups from a Borzoi father and German shepherd mother. They had a wonderful, unique look that I was immediately drawn to.
On August 19th, 2019, we took the 3-hour trip to meet the pups. First look at Gatsby, and I knew he was the right one, and the look he gave me, I knew he thought I was the right one.”

Turns out, they were more right about the “unique look” than they realized.

The pooch has a very sweet face, but as he has grown up from puppy to ginormous full-sized canine, one particular feature stands out.

Gatsby has an unusually long neck.

“We returned one month later when he was old enough to be adopted and brought him home. I wanted to teach him many things, and the bond between us has grown stronger than I could have imagined. Today we enjoy parkour, blood tracing, balance training, nose work, and just taking long walks together. I decided early to document our life together through videos on YouTube, regular Instagram postings, and recently took our life to TikTok. We have many adventures planned in the future and are expecting a new brother for Gatsby soon. Most folks claim that he has giraffe DNA in there somewhere, but in truth, it is most likely mythical creature DNA some have hinted at.”

Now, pretty much everyone is familiar with what the German Shepherd breed, so I thought maybe the Borzoi was responsible for the long neck.

As I soon discovered, Borzoi have extremely long legs, and although they are included on lists of long-necked breeds–relative to the proportions of the rest of their body, I don’t think their necks are unusually long, not like Gatsby’s. 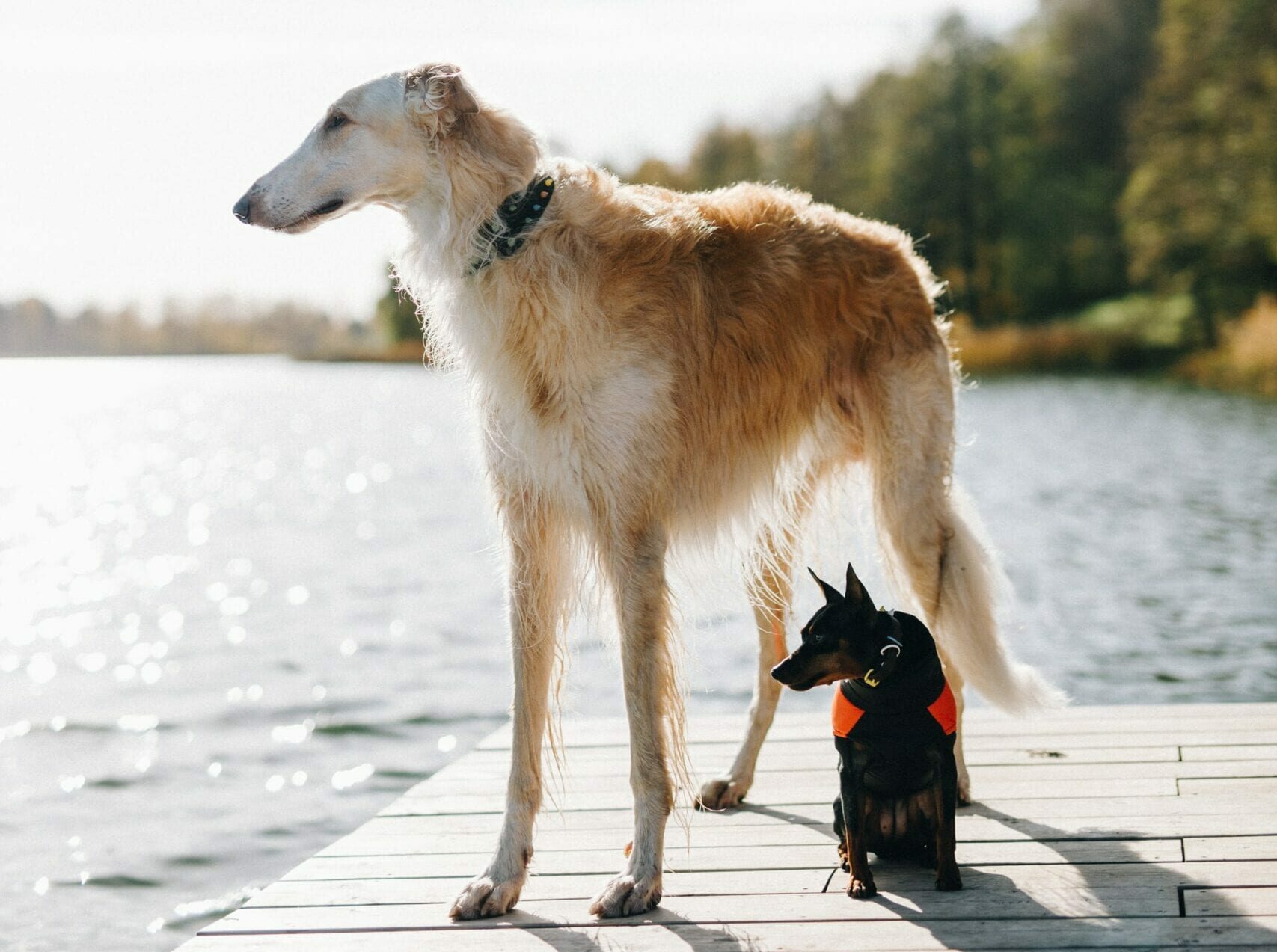 It almost seems like Gatsby’s DNA got a little mixed up somewhere.

TikTok users agreed, and Gatsby’s family made a multi-part video of some of their best comments.

Still curious about their giraffe dog, they also ordered a DNA Test to hopefully solve the mystery once and for all.

When the results came in, the family was a little surprised: 50% Borzoi, 25% German Shepherd, and 25% mutt on his mother’s side.

Maybe there’s a little giraffe mixed in there after all.

His family have fun letting the dog get his wiggles out, and posting his antics to social media.

This recent compilation video, perhaps underappreciated in terms of views, will give you a good taste for the fun he gets up to with his family and brother.

Thanks to the social media documentation of his adventures, Gatsby the long-necked pup has developed a fan base, complete with amazing artwork!

I always wanted a dog I could ride like a horse when I was little.

What do you think about Gatsby? Part giraffe, part mythical creature? Let us know in the comments.