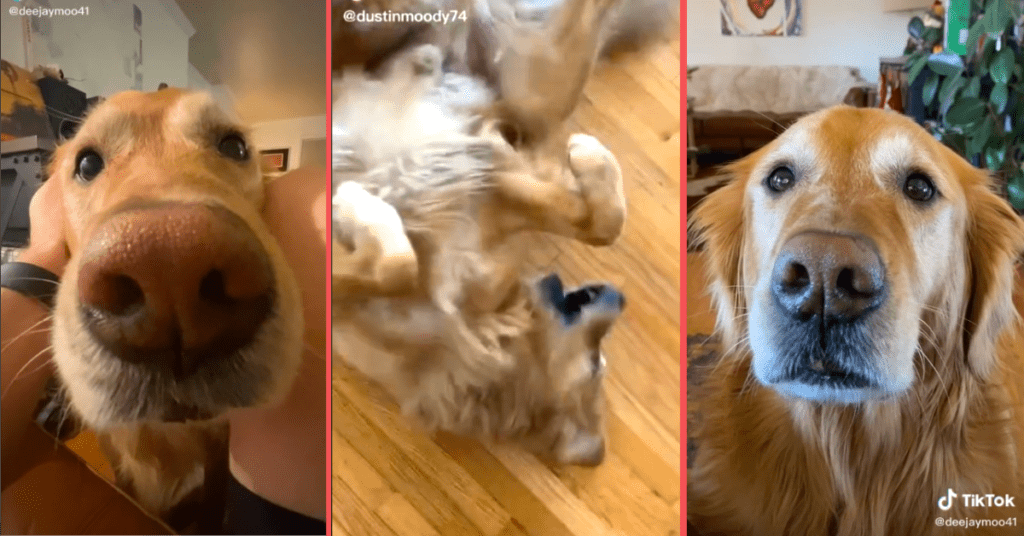 There’s nothing like a dog to make you happy.

Eternal love, big puppy eyes, that tail or bob wiggling back and forth when they’re happy to see you–it’s contagious.

As it says on his TikTok account, @deejaymoo41, also known as DJ Moody, is just a guy and his dog!

He posts videos of the cute retriever, named Indie, and his big boopable nose, often set to moody music:

One day he posted a video where he sang a goofy song and danced to get his dog to join in, and viewers went crazy:

Now, I’m as guilty as the next person of making up silly songs and singing them to and about my dog.

My mistake, apparently, was not putting them on TikTok!

DJ’s followers exploded, and soon the video took on a life of it’s own.

People took the OG audio and set it against videos of their own pups under the hashtag #happydog, like this one of Bunny the Rabbit Dog:

This doggo should probably be entered in some kind of dog Olympics, like the vault or the high jump:

This recent one from Fenix Lumiere is pretty special.

It reminds me of my childhood dog, except far more graceful.

And this one is just so cute that you can’t help but smile:

There’s something undeniably wholesome and relatable about singing silly little songs you come up with to express your love to someone you cherish, whether it’s a pet or a baby. But the goofy voice and simple music cues really seemed to resonate with a lot of folks.

Don’t these videos just give you all the best feels?

Do they make you want to make your own pet TikTok now?