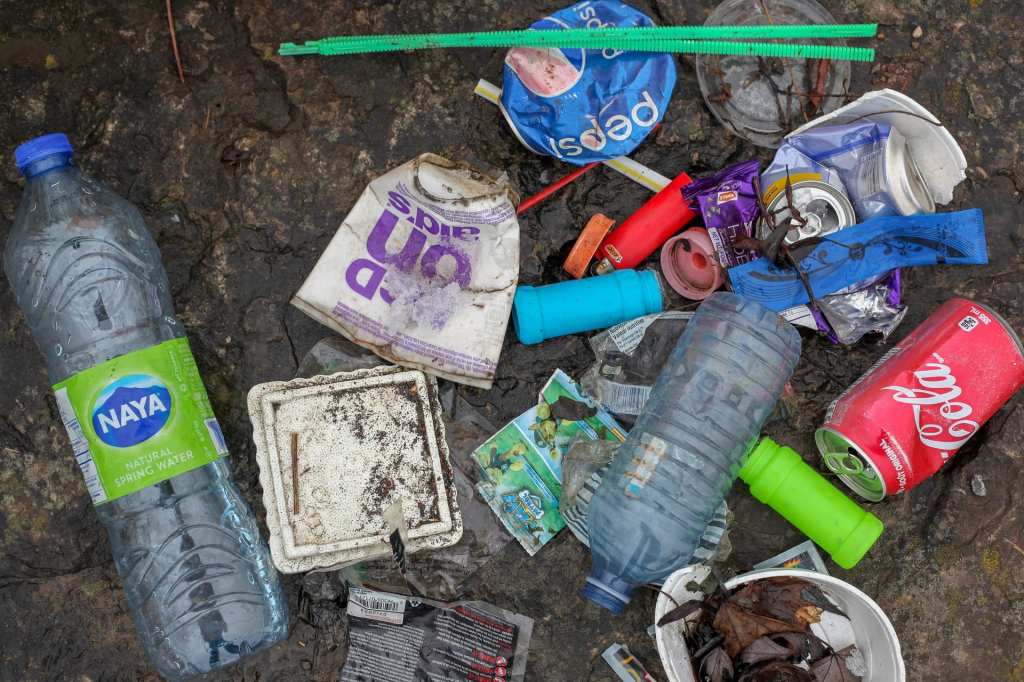 On a Nova Scotia beach by the Bay of Fundy, Karen Jenner hunts for plastic.

She spots it easily because it is usually brightly colored.

She does this several times a week, picking up plastic trash and filling her five-gallon buckets with both fishing and household garbage.

In a year of cleaning up the beaches, she has collected almost 5,000 pounds of litter.

And, she knows there’s so much more debris in the water washing onto the beach by the bay’s huge tides.

Growing up around the beaches, Jenner looked past the trash as she played. But, somehow, as an adult, she began to see what a huge problem it really was.

Two to three times a week, Karen Jenner hits the beaches on the Bay of Fundy in Saint John, New Brunswick to pick up trash, filling five-gallon buckets with everything from fishing garbage, such as rope and lobster bands, to household items, including bottle caps, plastic cutlery and plastic bottles. In a year of collecting, she's taken home more than 2,200 kilograms or 2 tonnes worth of trash. “There could be 100 of me out doing this, and yet the trash would still be coming in. There’s just so much in the water.” | @cbcnowornever #protecttheearth #protecttheenvironment #beachcleaning #inspiringstory #inspirationalstory

When she is done combing the beaches for the day, Jenner packs the buckets in her car and takes them home for sorting and documenting. Then, she posts what she finds on her Facebook page.

She does this to help people understand the magnitude of the problem, even in a place thought to be as pristine as Nova Scotia.

When it all seems to much for one person to care about and handle, Jenner brings her focus back on what’s important–educating others about the dangers of plastic garbage in our oceans.

She hopes to inspire others to clean their own beaches, saving animals from consuming or getting trapped and protecting the beauty of our shorelines from piles of trash.