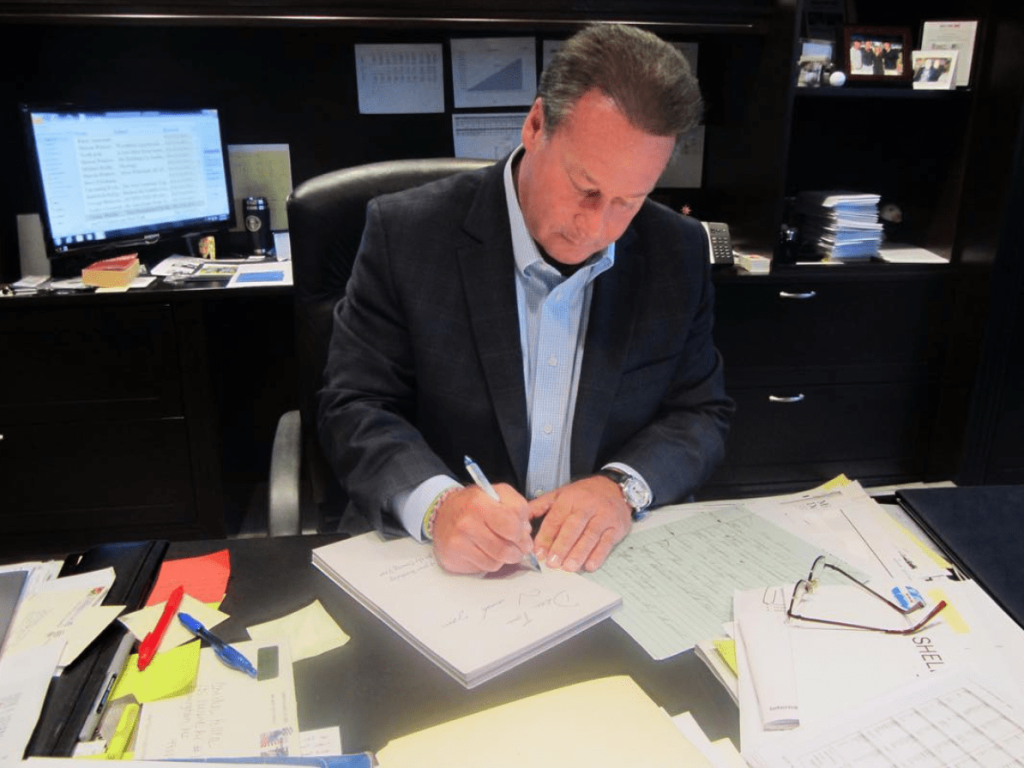 I’ve never worked in a HUGE corporation, but I assume that this is incredibly rare in that world, especially in a business with thousands of employees.

In honor of #CardMakingDay, we'd like to say THANK YOU to our CEO, Sheldon Yellen, for making us feel special on our birthdays by sending handwritten cards to each #BELFORFamily member every year! ?✉️♥️

Yellen started doing this back in 1985 when he was hired at Belfor by his brother in law. He didn’t want workers to think he got the job through nepotism or that he didn’t genuinely care about the business so he started writing birthday cards to all employees.

Yellen worked his way up through the ranks and continued his card-writing tradition even after he became CEO of the company. He still writes birthday cards and sends notes for anniversaries, sympathy, and thank yous as well.

Our CEO, #SheldonYellen, has officially been selected as a @sxsw PanelPicker candidate! We are turning to you – our beloved #BELFORFamily – to help get him onto the #SXSW stage through your votes! Link in bio!

Yellen said about this practice, “It’s also something that doesn’t have to cost a thing. When I learn of random acts of kindness being performed in the field, I take it upon myself to, again, reach out in writing, and send a thank-you card so that person can know they are appreciated and that their efforts don’t go unnoticed.”

He added, “And it worked. It got people talking, we started to communicate more, and I like to think it helped me earn respect within the company.”

When a dangerous #tornado ripped through Marshalltown, Iowa, this tight knit community united to protect one another and rebuild! ♥️ Watch the heartfelt story unfold on @heartsofheroestv this weekend! #MarshalltownStrong

Yellen said he believes this practice has created a more compassionate workplace and that some managers in the company have even followed his lead and taken up the practice themselves.

More of this, please!