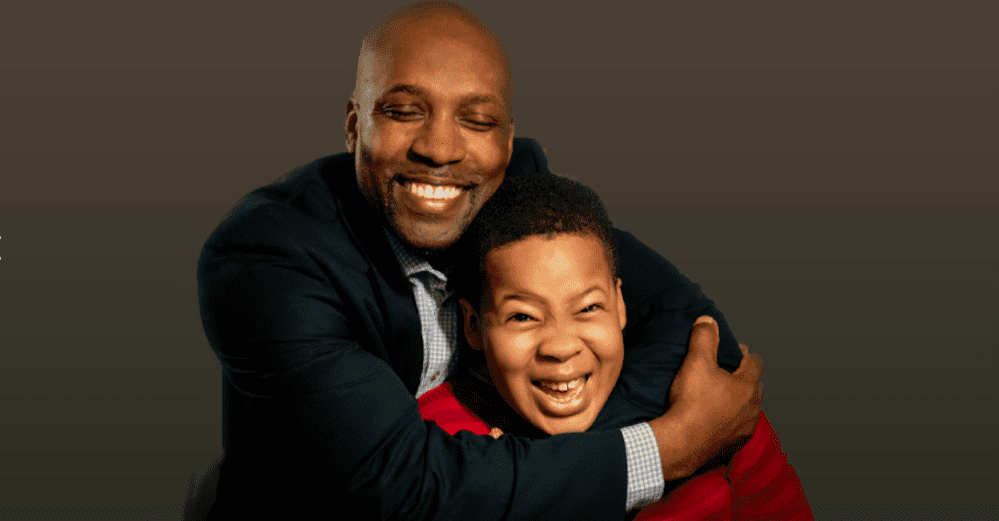 Dad Helps Fathers Released from Prison Get Back into Parenthood

In 2017, Oswaldo Ortiz, age 57, left a toddler daughter behind when he was sentenced to a year in prison for marijuana possession.

“I used to always tell her, ‘Daddy loves you. Daddy will never, ever abandon you.’

I put those words in her head to make sure she understood that her father is not giving up.”

After he completed his sentence, he went to the nonprofit Fathers’ Uplift. The organization helps dads like Ortiz overcome hardships, such as prison, addiction and financial problems, so they can be a healthy part of their kids’ lives.

Today, Charles sat on a panel discussion about the American Heart Association’s Social Impact Fund with Dr. Regina Benjamin, the former United States Surgeon General, at the Bringing Life to Science Scientific Sessions in Philadelphia, Pennsylvania. We are thankful for the invitation. In the words of Charles, “It was an honor to be apart of such a important discussion about the difference we are making in the lives of fathers and their children with their generous support.” #boston #massachusetts #ObamaFellows

Once at the facility, he, like the other fathers, received a duffel bag filled with items–toothpaste, deodorant, a blanket and some clothes. He was also provided with transportation and counseling.

The program was started by Charles Daniels, Jr. He thought of Fathers’ Uplift’s Bags for Dads after having a conversation with an imprisoned father. The man told Daniels if he didn’t have support on the outside, he would be back in jail within 48-hours.

According to the National Responsible Fatherhood Clearinghouse, 800,000 parents are incarcerated and 92 percent of them are dads.

Instead of leaving jail with only the clothes they came in with and a plastic bag with the few belongings they have, released dads can rely on Fathers’ Uplift for bags of essentials, plus a promise they don’t have to be alone.

Daniels understands these dads do care about their children and they long to be home with them. His own father left when he was only 10 years old. So, he knows what not having a father at home can do to a family.

After becoming a dad himself, Daniels was inspired to start Fathers’ Uplift to help not only incarcerated dads, but others going through divorces or those needing extra help and resources to become the fathers they want to be.

We had a blast speaking to some brilliant brothers on the Peace Unit at the Suffolk County House of Corrections. Fathers' Uplift, Inc. is happy to be a resource for these young men whenever they are in need. Sending a special thanks to Karla Walker for inviting us. The future is bright for our partnership. #boston #massachusetts #attitude #coping #empathy #grateful #mentalhealth #peersupport #psychology #selfcare #selfhelp #THISSONCARES #THISDADCARES #health #life #socialwork #therapy #father #fatherandson #fatherhood #family #sons #team #teamwork #bagsfordads #blackexcellence #fathersuplift #love #family #power

Many of these men didn’t have fathers in their own homes growing up. They don’t know what fatherhood looks like.

But with coaching, counseling and life skills support from organizations like Fathers’ Uplift, they become more confident and engaged with their kids and at home.

Congrats to Charles Daniels, Jr. for such a great idea and putting it into action!