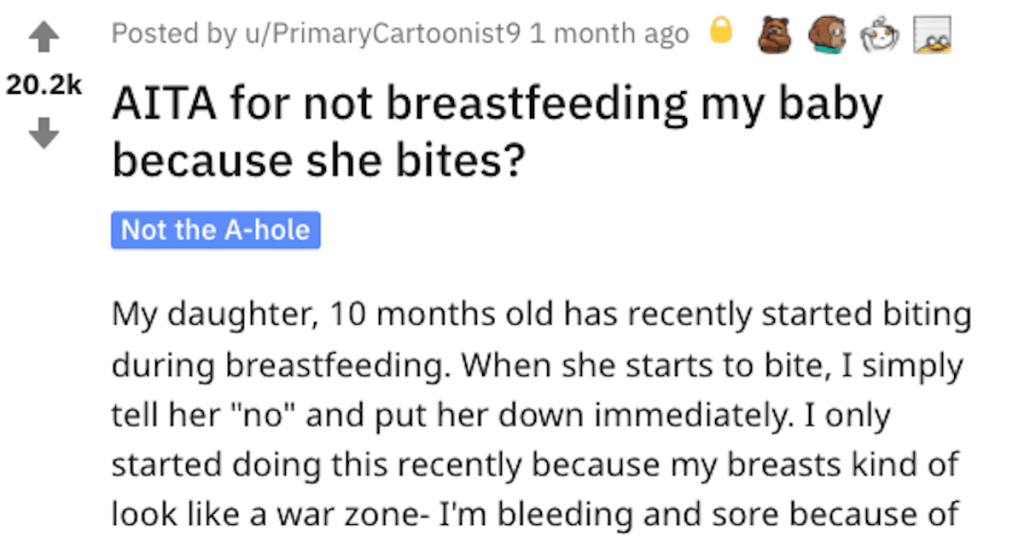 Dad Hides Baby Formula So Mom Is Forced to Breastfeed Biting Baby. She Asks If She’s Wrong for Not Wanting To.

Being a parent is hard enough on is own. Thrown in an unsupportive or absent partner and it’s pretty amazing how parents get by at all.

But one dad really takes the cake for being the worst parent of all time.

Apparently, he decided to hide the baby formula to force his wife to breastfeed their daughter. The wife, who shared the story on Reddit, explained that she’s been pumping breastmilk and combining it with formula because her new daughter has started biting during breastfeeding.

You can read all the details below:

AITA for not breastfeeding my baby because she bites?

My daughter, 10 months old has recently started biting during breastfeeding. When she starts to bite, I simply tell her “no” and put her down immediately. I only started doing this recently because my breasts kind of look like a war zone- I’m bleeding and sore because of the biting and simply cannot take it anymore.

Instead I’ve been pumping, but even that is extremely painful until I let my breasts heal. Instead I’ve been doing a mix of pumping and formula. My husband does not like this. He was okay with me pumping and feeding our daughter until I started supplementing with formula. He believes that breastmilk is best and formula is the devil because it’s not “natural” or something. At this age, I’m giving her milk around 4-5 times a day, and still attempt to breastfeed once or twice a day.

It reached the tipping point yesterday when he hid the formula so I’d have “no choice” but to breastfeed our daughter.

How… on earth… would you force somebody to do something like this.

Well, obviously the mom — aka the original poster — is NOT an a**hole. 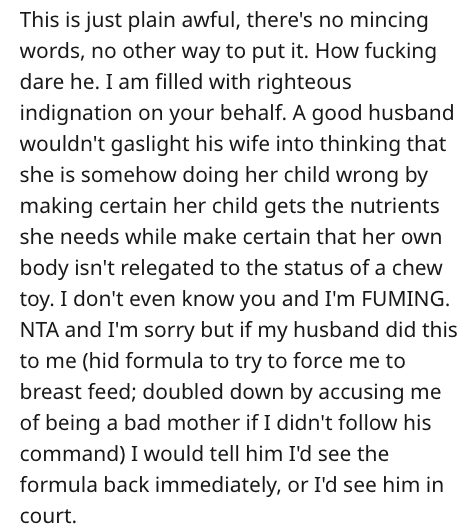 Other commenters pointed out that her husband trying to control her body is a seriously manipulative move, and that her being stressed out or in pain cannot be good for the baby: 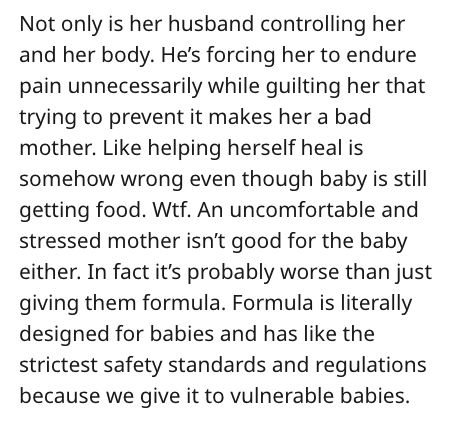 One commenter, a man, said that mixed feeding allowed him to participate right alongside his wife with feeding their baby: 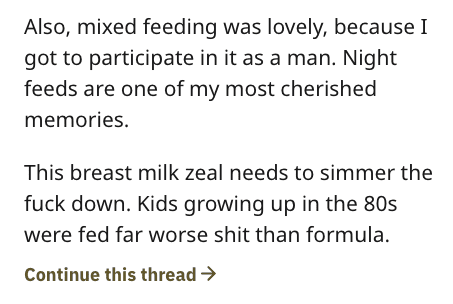 LOTS of Redditors suggested the wife let the baby bite her husband’s nipples — give him a taste of his own medicine, so to speak: 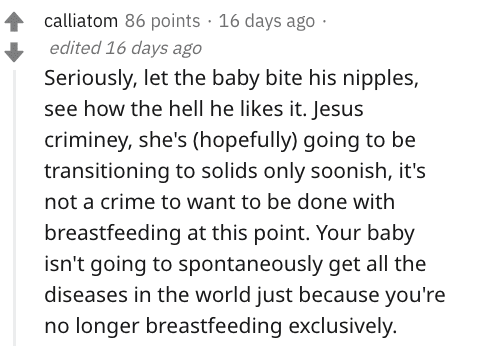 And finally, one Redditor pointed out that the husband’s behavior is abusive. 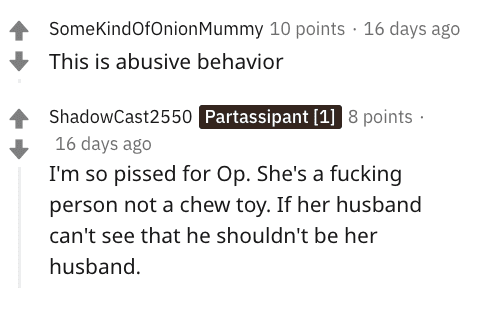 We certainly hope this new momma has a good support network she can lean on, and that her husband takes a hard look in the mirror. Where would he even get an idea like that, hiding the formula? It’s almost hard to fathom.

Where do you stand on the breastfeeding debate? Fed is best? Breast is best? Somewhere in the middle?