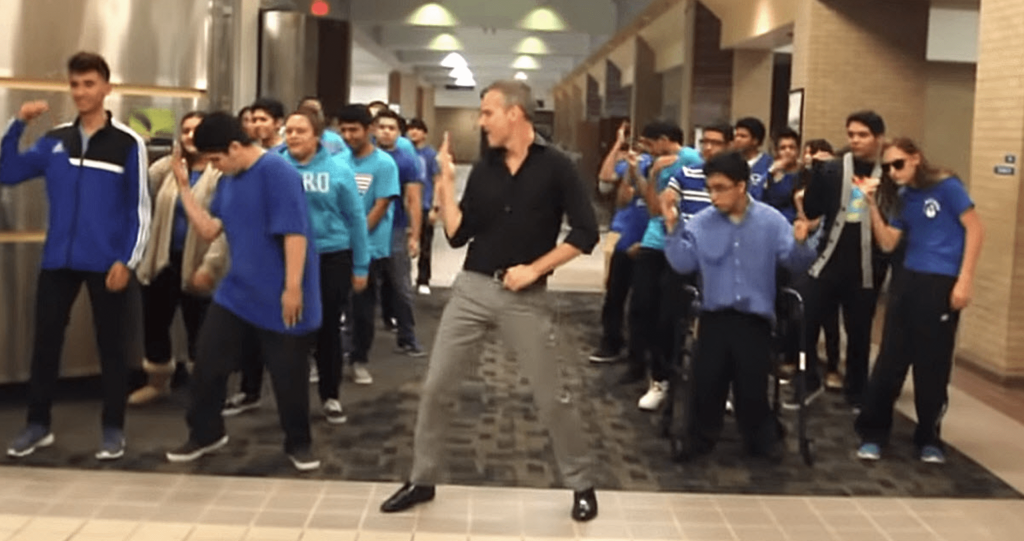 News flash: teachers can get bored at school just like the students. So, sometimes, they like to shake things up. And, if they’re really imaginative, they can get the whole class moving to a fun song and upload a video of the shenanigans for everyone to enjoy.

Recently, in Dallas, a teacher named Scot A. Pankey who teaches at A. Maceo Smith New Tech High School told the kids they were making a music video of all of them dancing to “Uptown Funk.”

And damn if he didn’t deliver the goods! 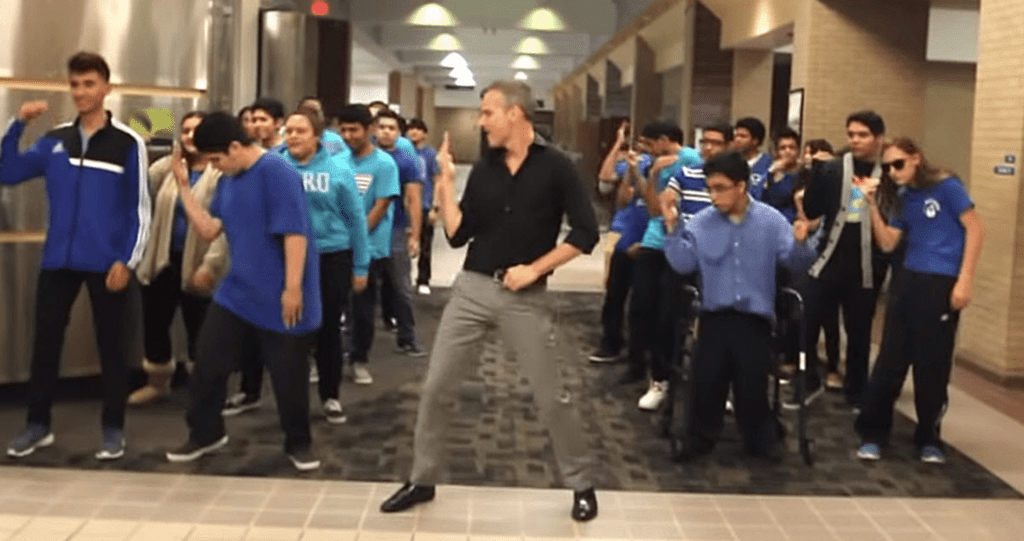 It turned out to look like a lot of fun.

The video starts out with Mr. Pankey sitting at his desk, tapping his pencil and looking bored out of his mind when the music begins.

But then… oh boy… things get FUNKY

Yes kids… the funk grabs him and he tosses his pencil in the air before he dances through the classroom and out of the door. 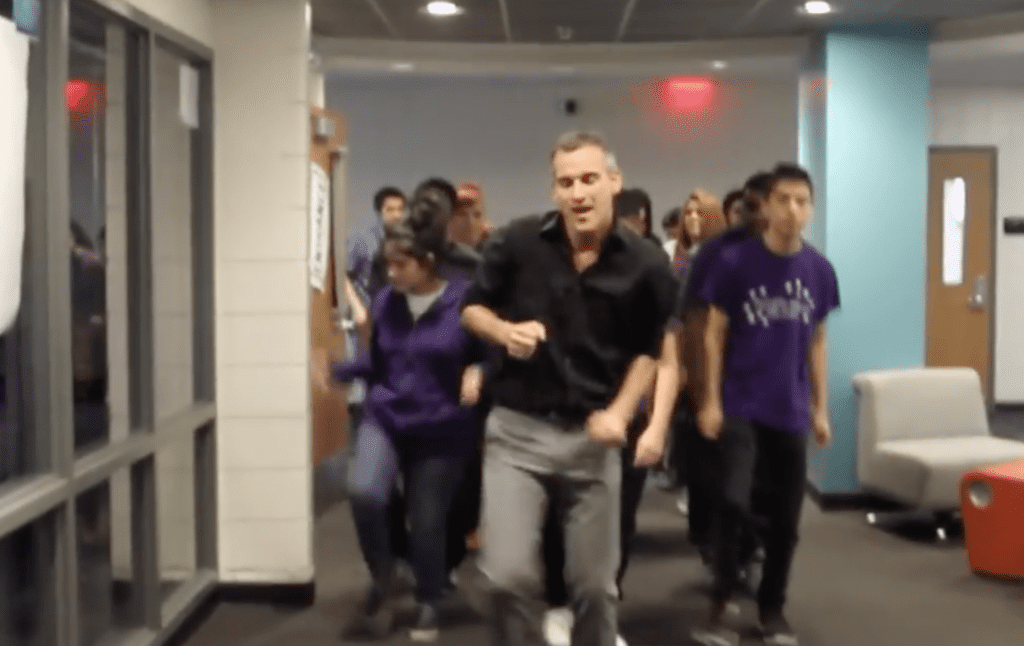 At first, he’s joined by only a couple of students in matching sequined costumes, then the group grows until the hallways are filled with kids performing some slick choreographed moves.

It looks as if the whole thing was filmed with one camera in one shot. Wow!

See the whole video below, and I dare you to not tap your toes.

Mr. Pankey, you look like you’ve done this sort of thing before. Those moves look way too hot and polished!