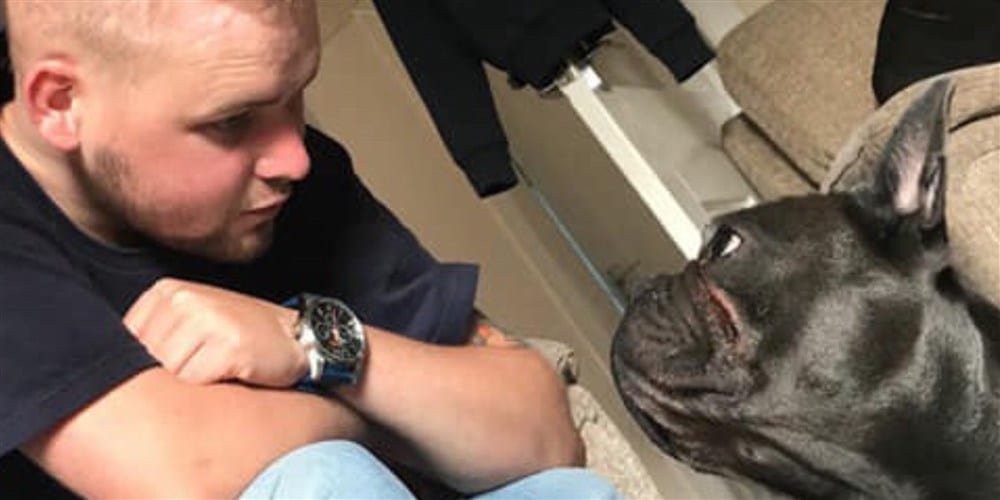 Dog Passes Away Just Minutes After Owner Dies from Cancer

Stuart Hutchinson and his bulldog, Nero, have always had a special bond. Stuart and his wife, Danielle, had three dogs, but Nero was always Stuart’s favorite, his mom Fiona told Today.

“Nero was the one who got the extra walks, I think because he was the friendliest and least bouncy.”

Stuart began battling cancer in 2011, when doctors discovered a tumor in his brain. After undergoing multiple rounds of chemotherapy, radiation and two surgeries, he was declared cancer-free. But it came back in 2014, and again in 2018.

Stuart spent the next several months completing milestones, like marrying his childhood sweetheart Danielle and spending lots of time with his family at home, including his pups.

Beloved dog passes away minutes after owner dies of cancerhttps://t.co/VRDAJBVcqf

When Stuart passed away, he was at his mom’s house with his family. Nero was at Stuart’s house.

Shortly after Stuart’s death, Danielle broke her glasses. Her dad went to Stuart’s house to get a replacement pair, and he found Nero ill. He brought him to a veterinarian’s office.

Nero passed away — just 10 or 15 minutes after Stuart.

“We don’t really know what happened to Nero, but he was okay when he was let out to the garden a couple of hours previously. The vet said it was something to do with a rupture of something in his spine, he believed, but no one is sure.”

Stuart and Nero were buried together in a plot at a local cemetery.