A video has resurfaced showing a rescue who won’t let go of his new owner in the car after his adoption. In the video, the man and the dog show a loving bond. Viewers couldn’t get over how it looked as if the dog wanted to hold hands all the way to his new home. 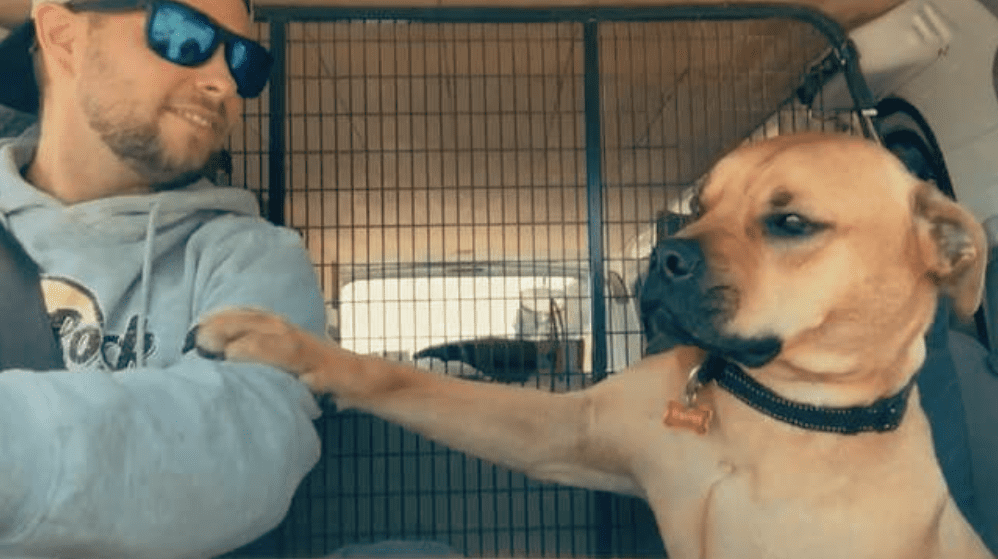 Recorded as they made their way home, the rescue is clearly happy about the new life he is about to have–one in warm house with a bed, his own food bowl and an owner dedicated to his care.

The new dad is Sam Clarence. He volunteered as a dog walker at a bull breed rescue in Christchurch, New Zealand. There, he met Stanley, the dog he would end up adopting.

They met when Stanley was only a few months old. He, along with his mother and a litter-mate, were found in an abandoned lot. The shelter asked Clarence if he would foster Stanley. 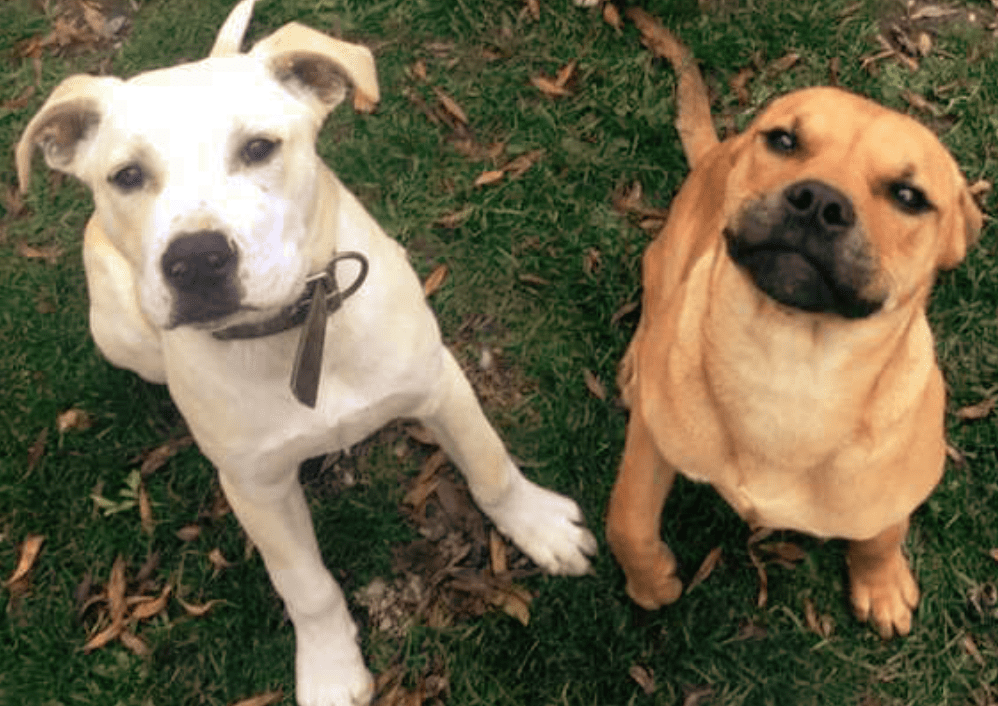 Clarence agreed, but in his heart, he knew fostering was not going to be the end game. Stanley was not so sure about that.

Clarence told The Dodo about their arrival home,

“He was terrified when we got home, and it took him an hour to slowly come out of the car. Once he got out, I gave him a big bath, some food and a comfy bed in front of the fire.”

Clarence knew he had to be patient to gain Stanley’s trust. He even allowed Stanley to sleep in his bed.

“He would lay behind me and always have at least a paw touching my back; if I moved, he moved.” 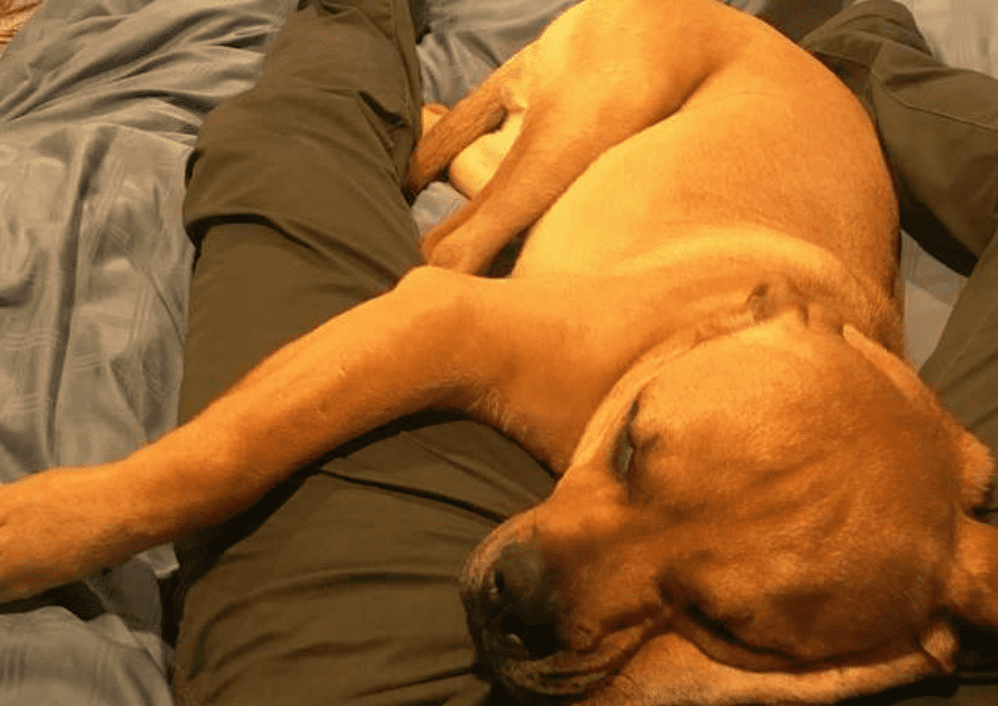 Of course, the two fell for each other. Clarence officially adopted Stanley. But, Stanley still likes to hold his buddy’s arm, especially when they are in the car. Clarence calls Stanley a “velcro dog,” because of his quirk of always needing to reach out with his paw to touch.

You can see the sweet video here.

Although Stanley is no longer a puppy, he and Clarence are closer than ever and like to go on outdoor adventures in the car–holding paws.