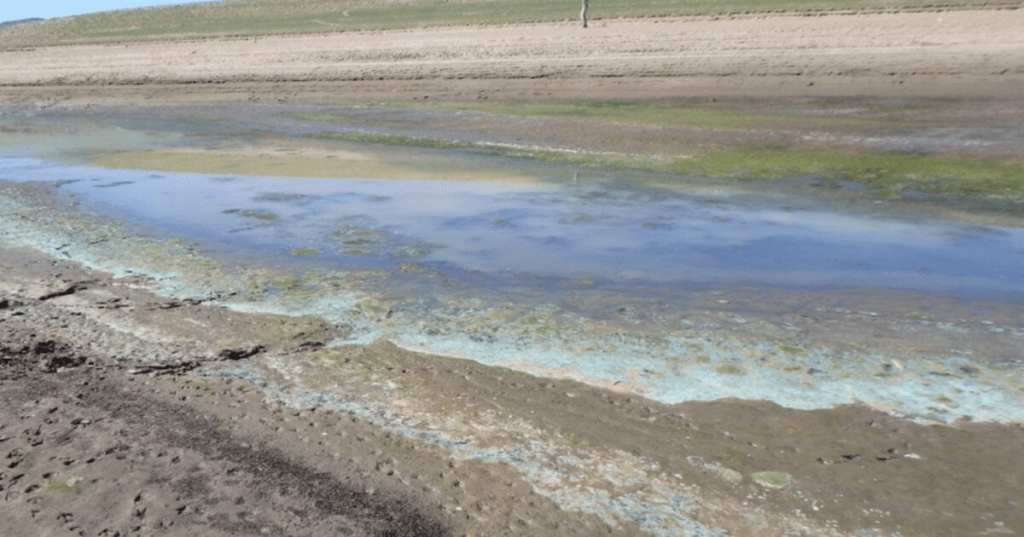 Dogs are Dying After Swimming Through Toxic Algae. Here’s What You Should Know.

Toxic algae that looks like foam or scum on lake and pond surfaces are killing dogs who swim in it.

In North Carolina, two dog owners are dealing with the deaths of their beloved dogs after they swam in a pond infested with the poisonous algae.

Melissa Martin and Denise Mintz, both of North Carolina, took their three dogs to the pond for a swim. Later that night, one of the dogs began to get sick. After taking the first dog to an animal emergency room, the other two had seizures. They also showed signs of liver failure.

Sadly, none of the dogs survived the night.

In a another case, dog owner Morgan Fleming posted about the loss of her pet on Facebook.

These dog owners, and others across the southern United States, are talking to news outlets and posting on social media about the dangers of letting pets swim through algal blooms. Their hope is that this kind of tragedy doesn’t happen to other pet parents.

The Centers for Disease Control warns about harmful algae, calling it harmful algal blooms, or HAB, and says the toxins produced…

“have caused a variety of illnesses in people and animals.

HABs can occur in warm fresh, marine, or brackish waters with abundant nutrients and are becoming more frequent with climate change.”

When appearing in fresh water, the blooms are usually blue-green in color and is made of cyanobacteria. The naturally occurring toxins produced are poisonous to people and animals. But while it can make humans ill, it’s lethal for dogs and other animals.

Symptoms appearing in dogs include excessive foaming at the mouth, weakness, labored breathing, seizures, loss of appetite and energy, vomiting, shaking and diarrhea. These symptoms can appear in a few hours after exposure.

Any ponds or other bodies of water with visible signs of algae blooms must be avoided when you are enjoying the outdoors with your dogs. If you do suspect exposure to algae toxins, thoroughly wash your dog with clean water and call your veterinarian immediately.