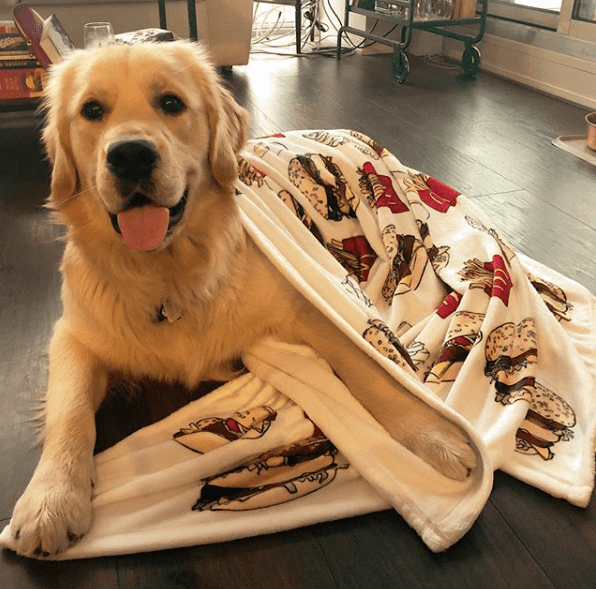 Dog’s Owner Turned “Cone of Shame” into “Costumes of Fun”

As the old saying goes, “If it doesn’t leave its surgery incision alone, it gets the cone.”

At any rate, after a dog has surgery or has a wound that needs to heal, vets will attach a wide, plastic cone or E collar around the dog’s neck to keep licking or chewing from causing a nasty scar at the incision area.

Spoiler alert: DOGS DO NOT LOVE THESE.

Unless… you are the most creative dog mommy in the world and can take a doggy frown and turn it upside down with the wonderful world of craft supplies!

“pretty sure this isn’t how air bud went…” . . #ootd #dogsofinstagram

Kaitlyn Cotter’s 1 year old golden retriever, Gus went in to be neutered. But instead of letting Gus mope around or try to tear off his cone in despair, she got an idea to make him some costumes. She gave Wide, Open Pets insight into her inspiration.

My roommate Hilary and I had a lot of fun dressing Gus up for Halloween and when I was searching for ideas, I saw a dog dressed as a martini with the cone so that was the inspiration and then it snowballed from there. It was a lot of fun coming up with new ideas every day and we were getting such good feedback from people.

Gus, who Cotter says loves to be the center of attention seemed to perk up with each new creation.

“it’s not fry-day, but i’m still out here looking like a snack.” . . #ootd #dogsofinstagram

His costumes sent people over the moon in love on social media, Cotter told People.

It started with just sharing on my Facebook and Instagram, several people reached out or commented on how happy his costumes made them, a lot of people were waiting to see what Gus would be dressed up as next and said seeing him was the highlight of their day.

Gus, we think you look like a million bucks.

You are definitely a star.

“my mom is an absolute nightmare, honestly.” . . #ootd #coneofshame #dogsofinstagram

Gus is reported to have healed one hundred percent and walking through narrow doorways like a pro. Cotter is waiting for him to mature a little more and then both of them will work toward making Gus a therapy dog.

Judging by the smiles he already brings, we think he’ll be a natural.