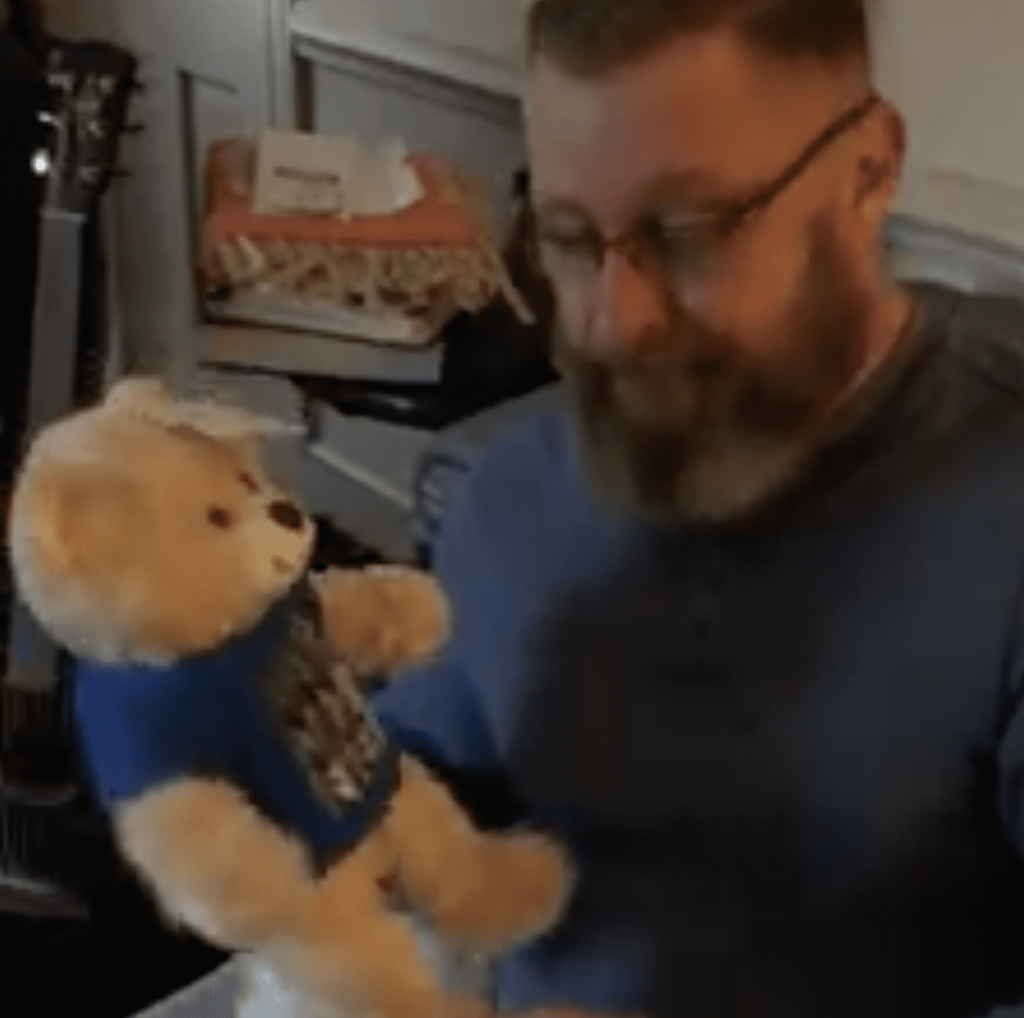 After his 16-year old son, Dakota, was killed in a car accident, John Reid made the decision to donate the teen’s organs. In return, he received something very special. The man who got Dakota’s heart sent him a teddy bear with his boy’s heartbeat inside.

Stephanie, John’s wife, posted a video of John’s reaction when he saw the bear from Robert O’Connor, the man who received the heart.

In an accompanying letter, O’Connor wrote,

“I would have preferred to give this to you in person, but not sure when that would happen.”

John gets understandably emotional when he sees the Build-A-Bear toy wearing a t-shirt that says “Best Dad Ever,” and he hears the sound of his son’s beating heart.

“When I got the bear, my heart was filled with joy. I did not expect any of this. I never left Dakota’s side. 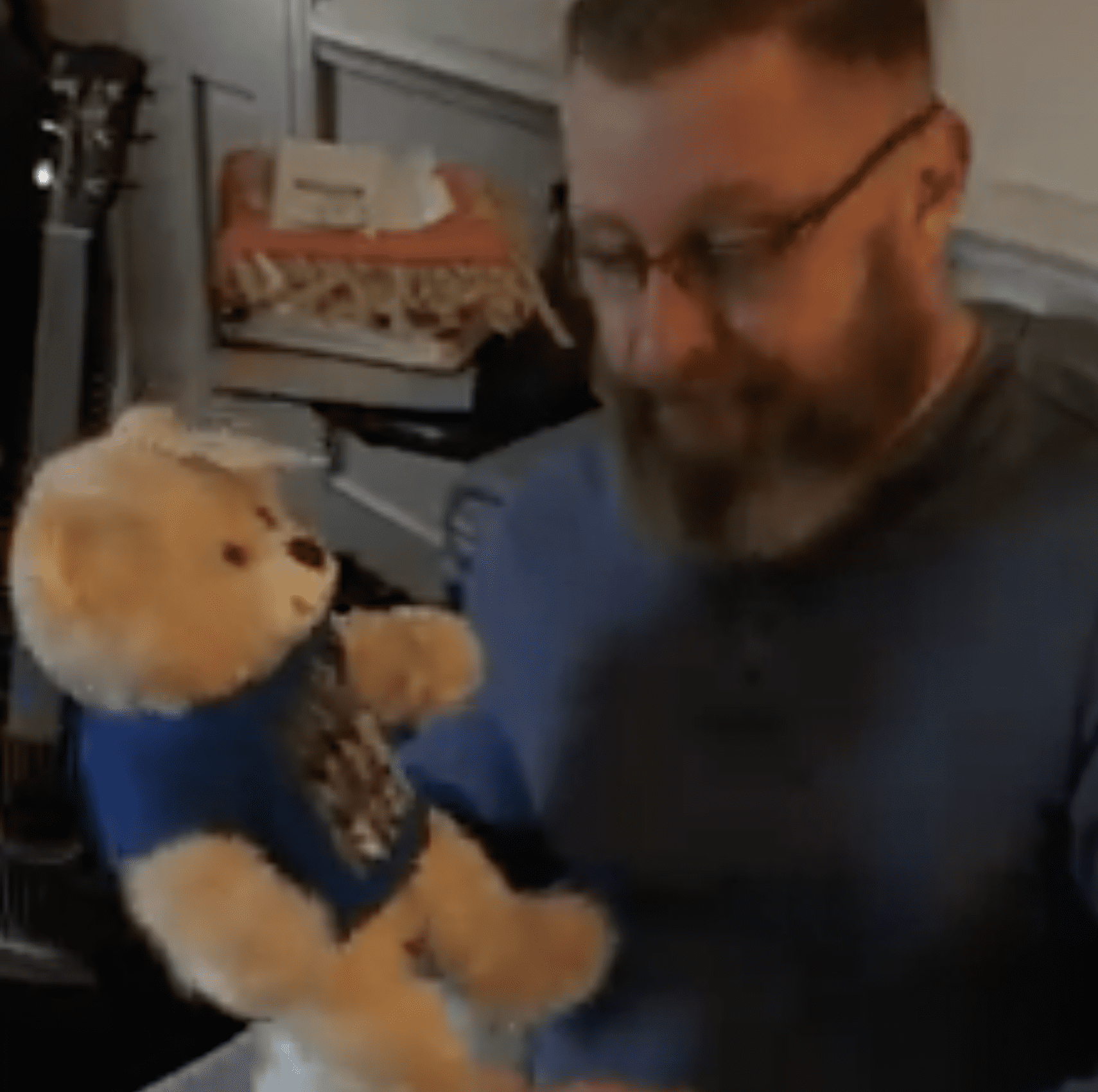 John told CBS that Dakota was killed early last year when the SUV he was riding in hit a car that pulled out in front of them. John and O’Conner now speak daily about how they can share the message of the importance of organ donation.

John has been contacted by others who received Dakota’s organs. A farmer, who got his kidneys and pancreas, and another young man, who can see again after receiving his eyes, have both reached out. 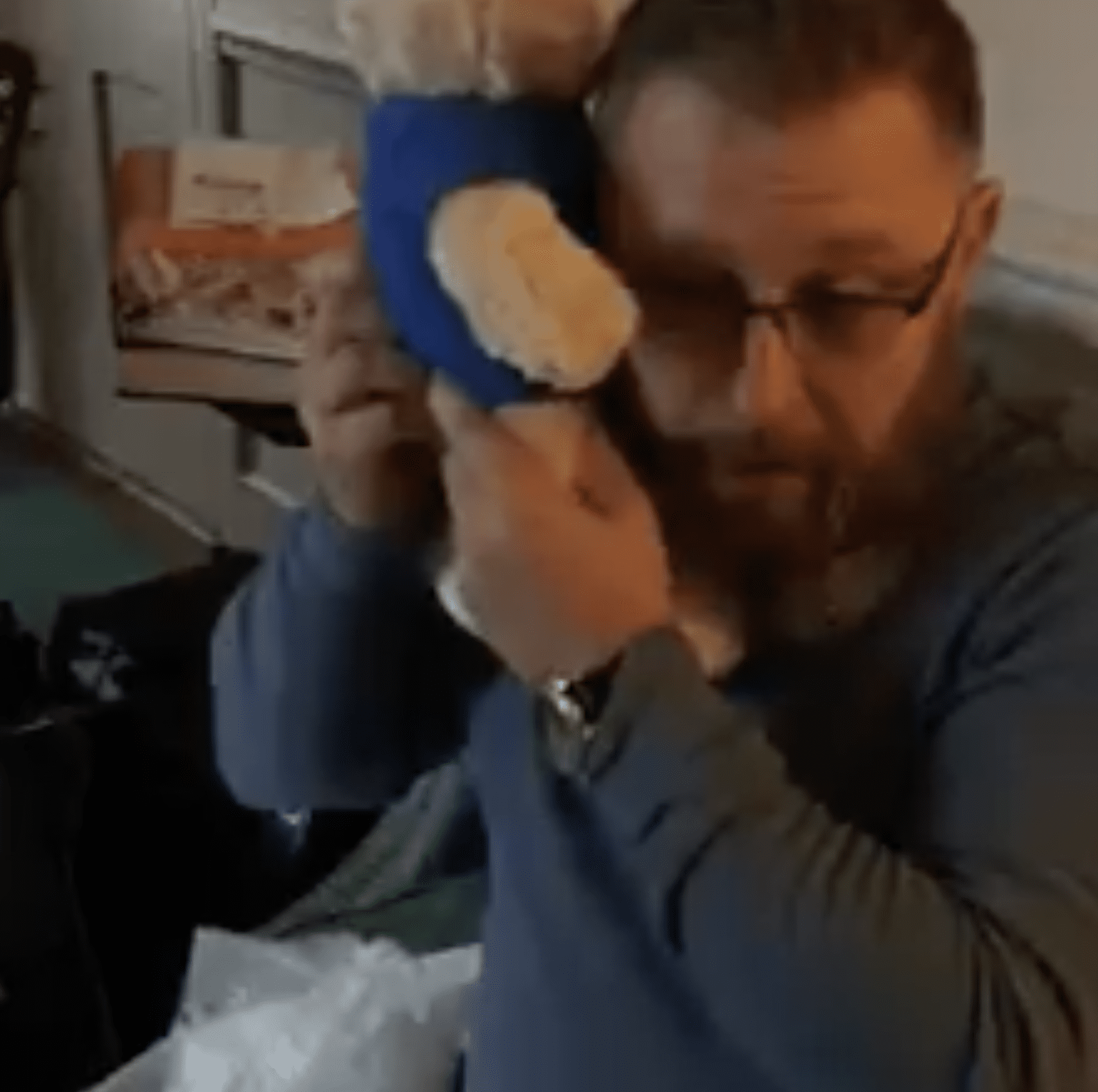 To John, it means the world to know his son has helped these people with his organs.

“It is the best healing and comfort I could ever ask for.

He and O’Conner are determined to meet in person soon. John says O’Connor is blood–a true part of his family now.

What an inspiring story! Did you think it was?