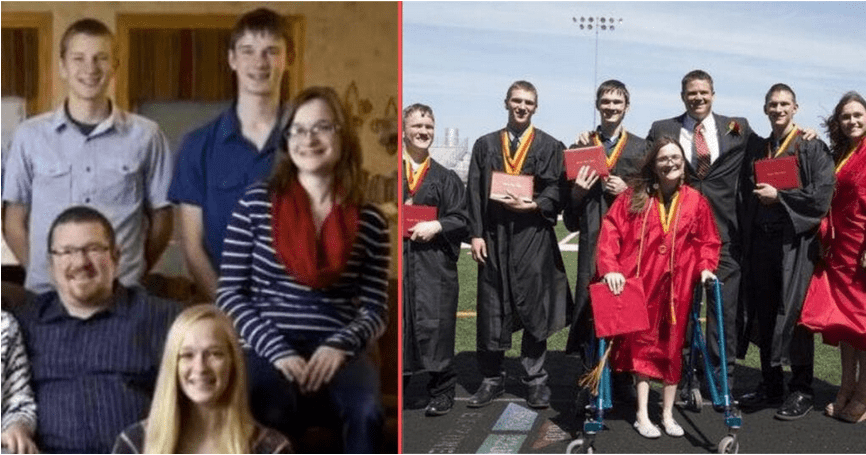 Growing up, I always liked to imagine what it would be like to have a twin.

I probably read too many volumes of The Bobbsey Twins and watched The Parent Trap too many times, but I’ve always been fascinated by multiple births.

Everyone from The Today Show to Oprah have been following the lives of the McCaughey siblings, the world’s first surviving septuplets.

Born in 1997 to parents Kenny and Bobbi and big sister Mikayala, the seven infants had no idea just how special they were.

They weren’t the first septuplets ever conceived or born in the United States, but they were the first case where all seven babies survived, something of a miracle even for the late 90s.

Go back in time with these baby photos of the #McCaughey #septuplets, who turned 18 today https://t.co/CUgLZC7Vdz pic.twitter.com/2vQDOfoZiE

Time magazine wrote about them just a few weeks later, and even the President of the United States wanted to celebrate their birth.

President Clinton phoned to congratulate the new mother. “You know,” he said, “when those kids all go off to school…you will be the best-organized manager in the U.S.” (Her reply: “That, or I will be in a straitjacket somewhere.”)

She was joking, but so many children at one time is a lot to grapple with.

As a Shared.com article describes:

The babies required an average of 52 diapers and 42 bottles of milk every single day… This was before the days of GoFundMe, so the couple didn’t receive as much help as they might these days, but they did get some donations. One thing they got was a 5,500 square foot home, a van, and a year’s worth of Kraft’s macaroni and cheese. Additionally, they got diapers for two years, and most importantly, full college scholarships to any Iowa state university.

Luckily they had some help and a whole lot of gumption.

Oprah threw them a 1st birthday party, and then caught up with them again when they were turning 17.

And the Today Show, which introduced them to the world at just 4 days old, interviewed them in 2015 and 2018 for their 18th and 21st birthdays.

Their parents even wrote a book about the experience.

10 weeks premature, the kids grew up healthy and active.

Two were born with cerebral palsy that limited their mobility, but at the age of 8 one child received back surgery so that he could later walk without assistance.

They graduated high school in 2016.

Then, amidst the pandemic, Kenny Jr., Alexis, Natalie, Brandon, Joel, Kelsey, and Nathan turned 23, graduated college, and embarked on the next phase of their journeys–as a family and as unique individuals.

The Des Moines Register wrote about the family several times as they were growing up, and put together this great video about the individual kids:

We can’t wait to see what they do next, and we wish them all the best.

What do you think about these siblings?