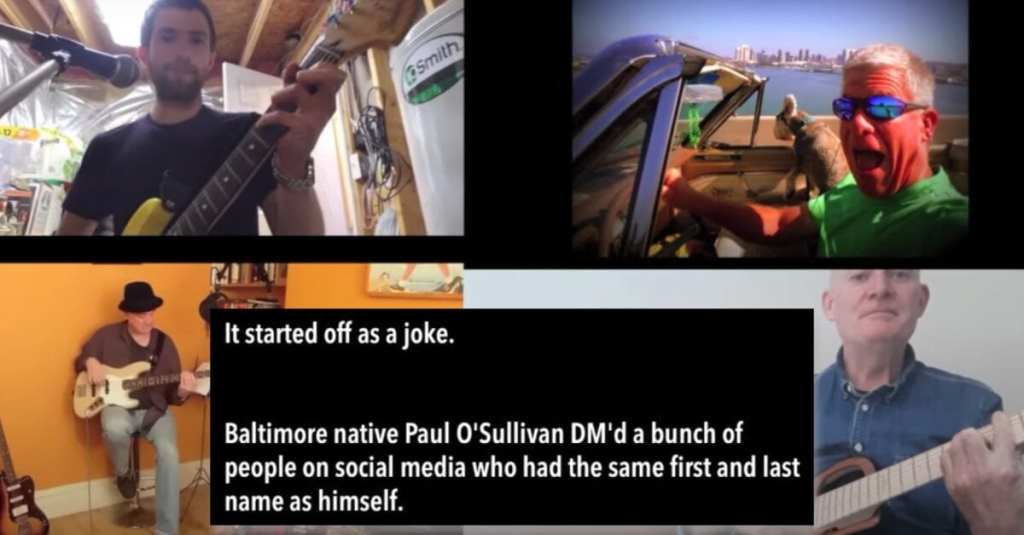 If there’s one thing we’ve learned from the past year, it’s that we should get down on our knees and thank whoever we worship for the advent of Zoom and Facetime.

It’s allowed people to keep in touch with their family members and friends all across the world during quarantine and has even resulted in a lot of strangers getting to know each other.

And you never know, some of these strangers might even start a band with each other…and that’s what happened when four men from around the globe all named Paul O’Sullivan started jamming together!

A post shared by The Paul O'Sullivan Band (@thepaulosullivanband)

It all started when Paul O’Sullivan of Baltimore, Maryland, was adding other people with the same name as friends on Facebook and he noticed that several of them were musicians, just like himself.

So he reached out to a bunch of other Paul O’Sullivans about playing some music and eventually, three other Pauls agreed and they started jamming…under the name “The Paul O’Sullivan Band”, of course.

Two of the Pauls live in the U.S, one in England, and one in the Netherlands.

A post shared by The Paul O'Sullivan Band (@thepaulosullivanband)

The Paul in the band who is from Manchester, England, said,

“In this world, sometimes you think everything’s been done.

Check out one of their music videos below!

Have you seen any interesting stories online lately?