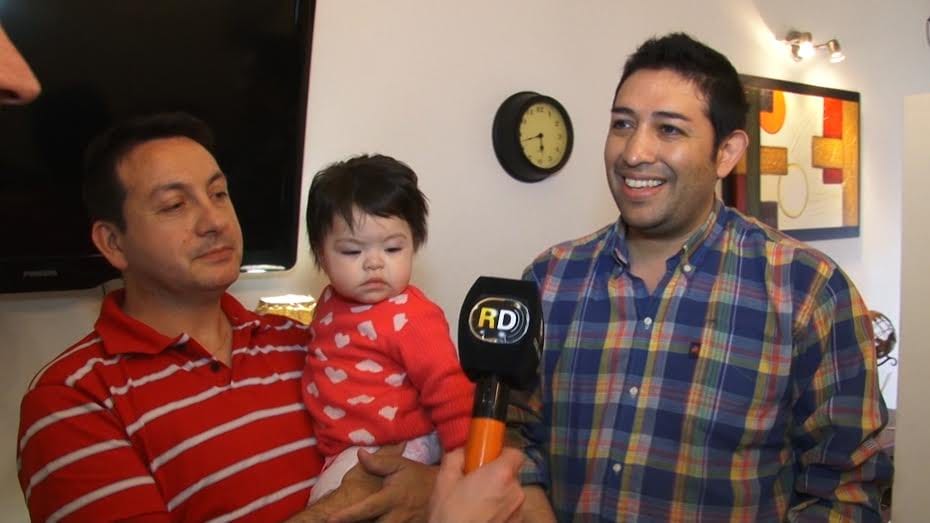 A baby girl in Argentina has finally found her home with a gay couple after being rejected by 10 families for adoption.

Baby Olivia is HIV-positive. She was turned down by 10 families for adoption before coming across Damian Pighin and Ariel Vijarra. Damian and Ariel were the first gay couple to get married in the Argentine province of Santa Fe. They began trying to expand their family in 2011.

In 2014, the couple got a call about a newborn baby who was ready to be adopted.

“The connection was immediate,” Damian told local reporters, per PinkNews. “We held her in our arms, gave her the bottle and she looked at us with her eyes wide open without crying.”

Gay couple adopts baby living with HIV after she was rejected by 10 other families https://t.co/YQvwmbFZzZ

Olivia was just 28 days old when she met her new parents. Her HIV status didn’t matter to the couple one bit. The baby girl is now receiving treatment, and she immediately started to gain weight. The virus is now undetectable in her blood.

One year later, a woman heard about this heartwarming story and contacted Damian and Ariel to ask them to adopt her own baby girl, who was also HIV-positive. They agreed, and their family grew by one more. Their second daughter, Victoria, are similar in age.

There is currently no cure for HIV, but treatment reduces the amount of virus in the body. According to a new study, antiretroviral therapy can even make the disease untransmittable.

Here’s hoping that a bonafide cure can be developed soon!