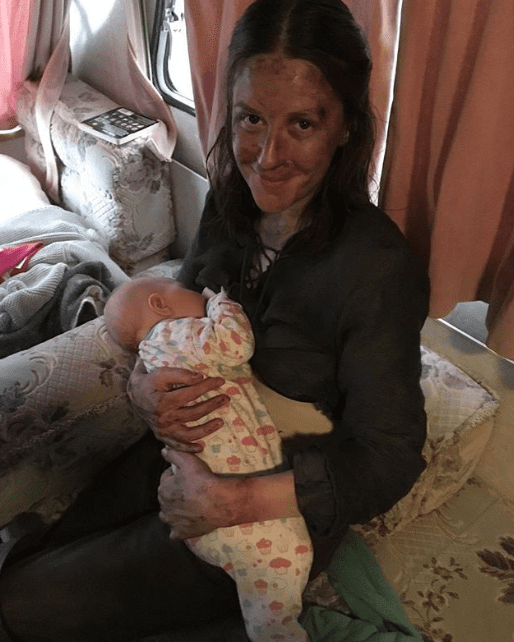 Hardly a day goes by that there isn’t a news article about a mother being asked to cover up while breastfeeding. This is despite it being recommended by pediatricians and being totally natural and normal. Which is why it’s so delightful to see a mom like Gemma Whelan (Yara Greyjoy of Game of Thrones) casually breastfeeding her kiddo between takes.

This viral Instagram post has delighted fans, earning more than 175,000 likes. She looks a bit worse for the wear, but her baby doesn’t seem to mind in the least. The photo was taken while filming the first episode of Season 8.

Whelan was unable to make it to the GoT premiere due to work but posted a pic of herself and her little one in her trailer. As with many moms, it’s a constant balancing act between work and family.

I wish this were a photo of me getting ready for the #gotpremierenyc tonight but alas…I am gratefully working but gutted to miss such a significant event… have a SPECTACULAR time tonight my fantastic GoT family… I'll literally be in my trailer (with my lil' pud so all is good really) ?

Whelan’s made quite a name for herself, playing the bold and confident Yara on GoT, among other roles. When asked about playing a strong female character, though, Whelan told Sky News that the question was redundant.

“Women by default are strong,” she said.