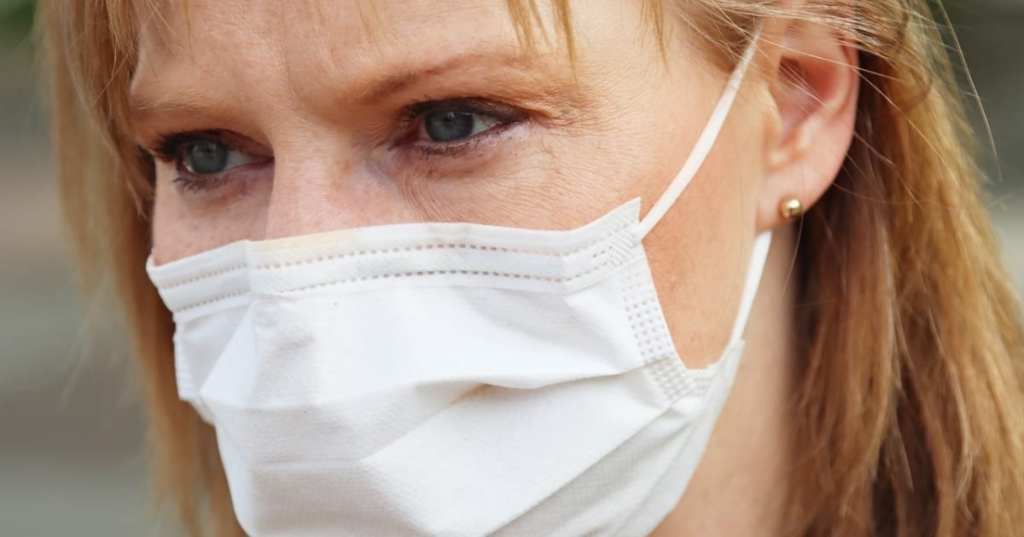 Wearing a facemask has become a staple of everyday life in recent months. So when consumers go grocery shopping, there’s an expectation of wearing a mask before you walk through the door—at least for most people.

However, a woman in California has gone viral thanks to her issue with a grocery store’s mandatory face mask policy.

Shelley Lewis’ video, which has blown up on Reddit’s r/PublicFreakout subreddit, starts with her being denied entry into a Gelson’s Supermarket located in Dana Point, Calif. because she refused to wear a face mask. Of course, this didn’t seem like an unreasonable measure to ask her to abide by.

Karen gets upset because she’s not allowed to shop without a mask, despite being given other safe options. from PublicFreakout

Demanding to see a manager, the woman claimed to have a medical condition that prevents her from wearing a mask. Somehow that didn’t seem to add up.

Incredibly, the manager stayed cool, calm and collected. He even offered to shop for Lewis. That only set her off further.

“You’re discriminating against me now, do you know that?”

She then threatened to sue the store, demanded the phone number to Gelson’s corporate office.

Luckily, though, the man who didn’t let Lewis enter didn’t take it to heart. Instead, he broke out into dance as he wiped down shopping carts. That didn’t stop Karen from continuing her tirade.

Lewis said before leaving the store,

While she did cause a scene, one Twitter user pointed out that the true star of the video should be the Gelson’s employee for his awesome response.

The story shouldn’t be about Dana Point Karen, aka Shelley Lewis, who demands to enter the Gelson’s store without a mask claiming some medical condition yet refuses to let others shop for her. It should be about the bartender who’s so happy to have a job he’s unfazed and dancing. https://t.co/VUzj0U39Va

Ultimately, Lewis may have tried to prove a point, but now she’ll be a permanent part of internet infamy as another Karen. And let’s give a shoutout to the Gelson’s employee for keeping his cool and showing off his moves along the way.

Have you ever witnessed a tirade between a customer and an employee? Tell us about the craziest encounters you’ve witnessed at a business in the comments below!