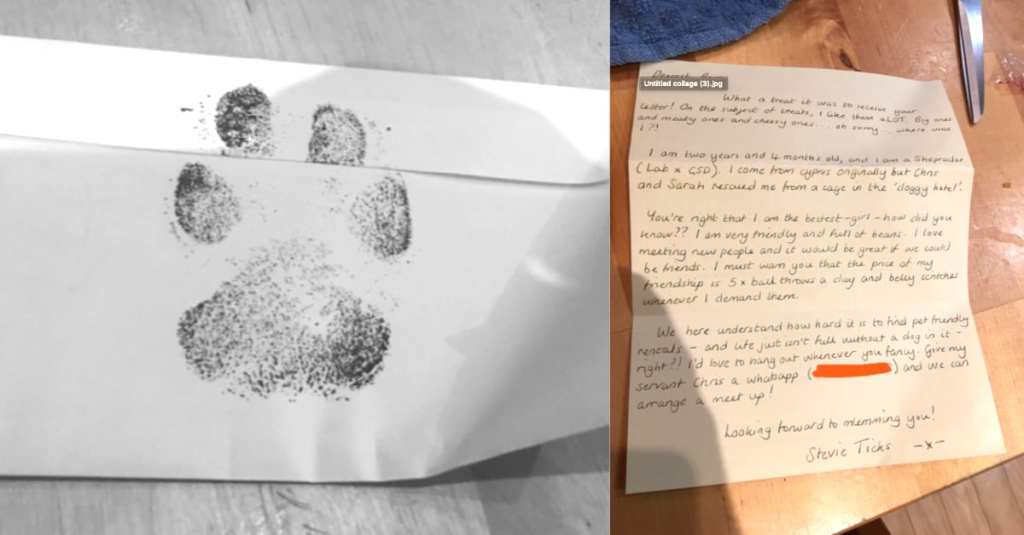 Some of the best and most wholesome dog stories come out of the United Kingdom and this one is no exception.

Recently, a dog named Stevie Ticks (I’m screaming) drew the attention of four housemates. Seems as if these fellows were engineers and all living together in a rented house where the landlord told them they couldn’t have any pets.

Which was a bummer because the guys really liked dogs and now there was no way to bring one into the house.

So, they decided to make contact with their neighbors who owned this great dog.

Shortly after, a letter came from Stevie Ticks herself, who sealed the envelope with a stamp of her own paw.

Is this not the most precious story?

It all starts with the four housemates asking to walk the neighbor’s dog.

Been saying we’d love a dog about the house but our landlord doesn’t allow pets, so my housemate posted a letter to our neighbours asking if we could walk their dog every once and a while and the response was better than we could have ever hoped for pic.twitter.com/dcMOfPk5UH 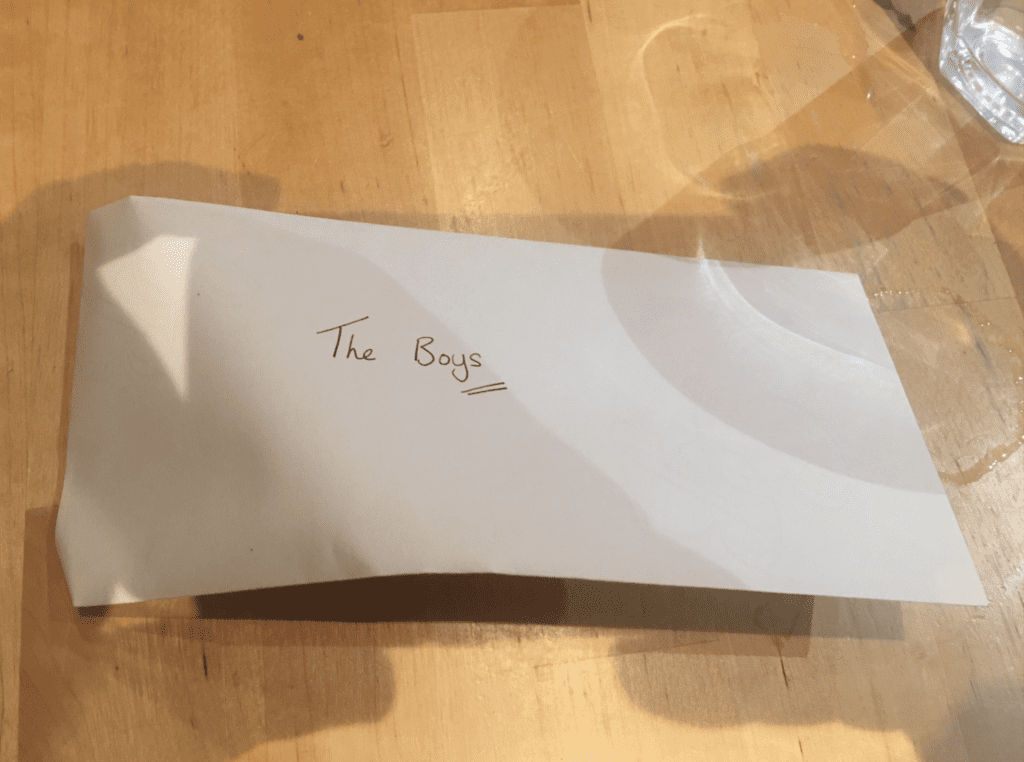 Sealed with a paw. 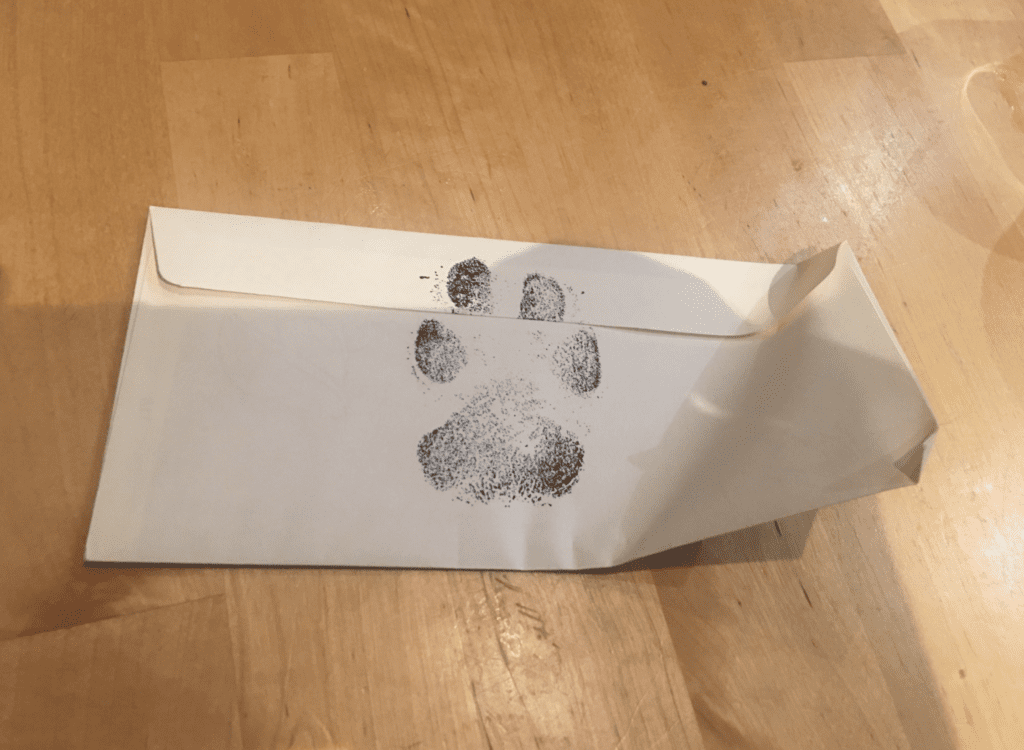 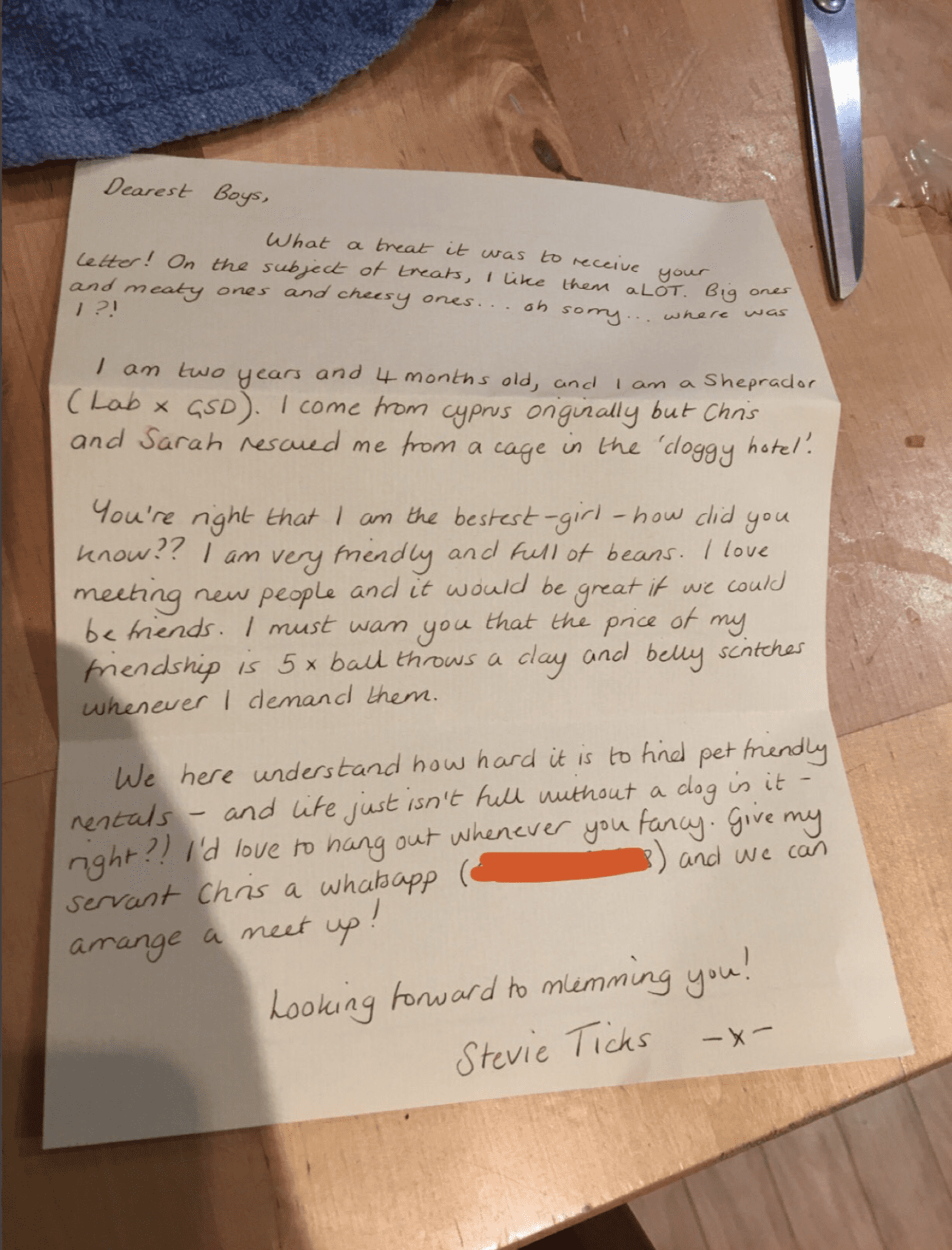 According to Bored Panda, the meeting-and-greet between the young men and Stevie Ticks went very well and they’ve already played together at the park. Bored Panda also got all the details on Stevie Ticks too from her owner, Chris.

She was hit by a car, had surgery and was then flown to a shelter in the UK where she was swiftly rescued by me and Sarah.

Stevie Ticks’ family believes we should be friendly with the neighbors and sharing dogs is a good way to do that.

She even has her own Instagram account so neighbors around the globe can enjoy her friendly doggyness.

And, Twitter users worldwide loved this budding relationship between Stevie Nicks and the lads next door.

OMG. You boys just made my day ? if you are ever passing our way this boy loves cuddles walks and treats and would love to meet new friends pic.twitter.com/VohN0oRj5N

Not everyone is a dog person and landlords have legitimate reasons for not allowing pets. But if you find yourself in a similar situation–living in a place that won’t allow dogs–try reaching out to someone who does. They would probably love a dog-walker or sitter and you will have made a few new friends.

What a great idea!