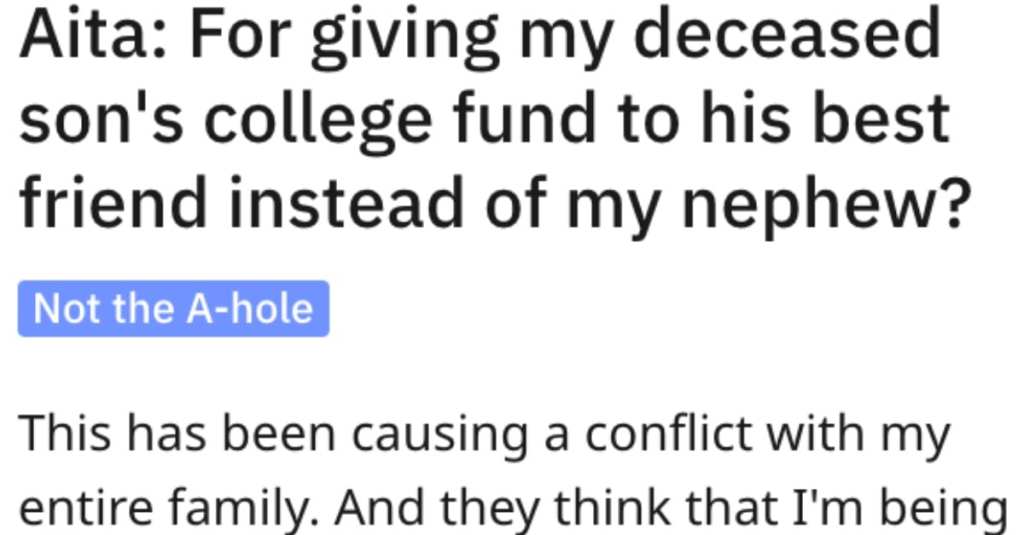 Guys Asks if He’s Wrong for Giving Son’s College Fund to Best Friend Instead of Nephew? People Weighed In.

But that’s the beauty of Reddit’s “Am I the *sshole?” page!

You get to read all kinds of stories about problems and dilemmas that folks are having.

AITA for giving my deceased son’s college fund to his best friend instead of my nephew?

“This has been causing a conflict with my entire family. And they think that I’m being selfish and unreasonable. Let me explain first.

I M39 lost my son in 2019 due to a chronic heart condition. He was 15 years old. It was devastating and I just couldn’t take it especially when my family did little to nothing to support me during these difficult times. They didn’t bring my son meals when he was at the hospital.

They didn’t let me go home and rest even for a few hours. They didn’t take care of other things while I had a lot to deal with I wasn’t offered any help just words. They’d just talk but do nothing.

Despite the struggle. I’ve created an account for my son’s college fund and kept putting whatever I could get at the time and me and my son would talk about that a lot. He was depressed but always believed that he was going to get better and continue his education and attend college.

I started saving money To keep him motivated and to make him feel like he could be like any other kid with hopes for a good future. He had a very close friend that’s about the same age as him.

They were friends for 5 years, and I can’t express how his presence in my son’s life helped him through the worst days, sometimes his friend would spend the night with us and try to get my son to do activities and lighten up his mood all the time. To be frank his friend was closer to him than his own family.

He never stopped visiting and asking how I’m doing after my son’s death. He’d show me handmade projects he made for my son and as a way to remember him and we’d sometimes just sit and talk together or cry together.

Last week, while I was with my family my sister asked me what I was going to do with my son’s college money. I didn’t wanna mention this but since she asked I told her that I will be giving the money to my son’s friend. She barely even recognized his friend and was confused and said that my nephew deserves this money since he’s family.

My mom agreed that I wasn’t thinking straight and that I should help the people close to me-family and that my nephew has a right to go to college and I was wrong for giving this “opportunity” away to someone else.

I didn’t know what to say they kept pointing out that I was making a mistake and how my nephew will resent me if he finds out. Thing is my nephew wasn’t close to my son I don’t even know why he’d be bothered. My sister went on about not being able to afford my nephew’s college I told her this was my decision and I felt more comfortable that way.

She started lashing out, constantly texting me constantly wanting to talk to me and ending up arguing. When I snapped she had my mom calling me basically guilt tripping me and telling me I’m wrong and that I needed to think about this.

It’s just too much pressure and I’m feeling lost and unable to figure out how to deal with this.”

This person made a good point: it’s up to people to do whatever they want with their OWN money.

This Reddit user agreed that the man can do whatever he wants with HIS OWN MONEY. 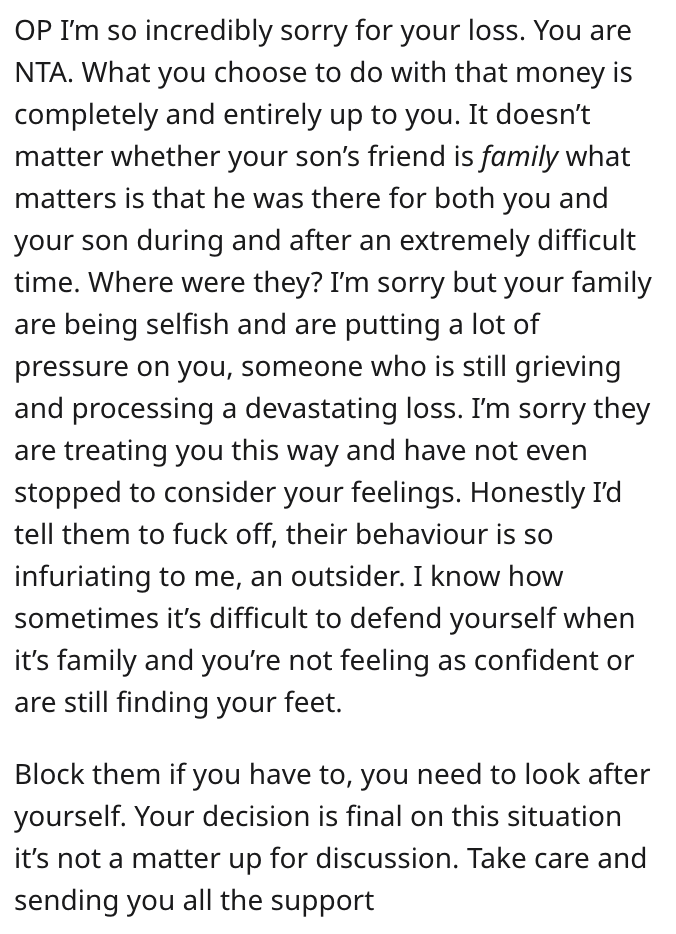 This individual said that this whole situation seems a little bit morbid and that the other folks in the story are way out of line. 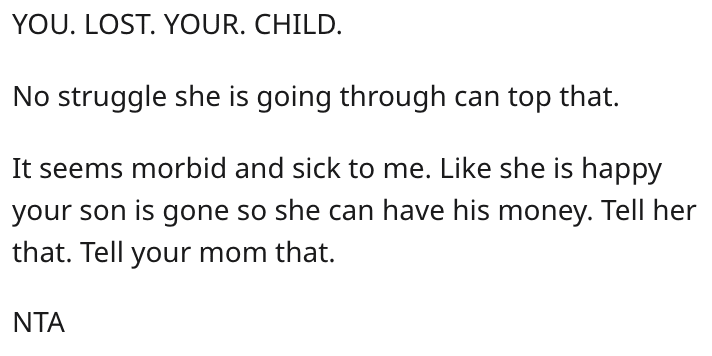 A Reddit user said that the man was not wrong in this situation and that what he’s doing is the right thing. 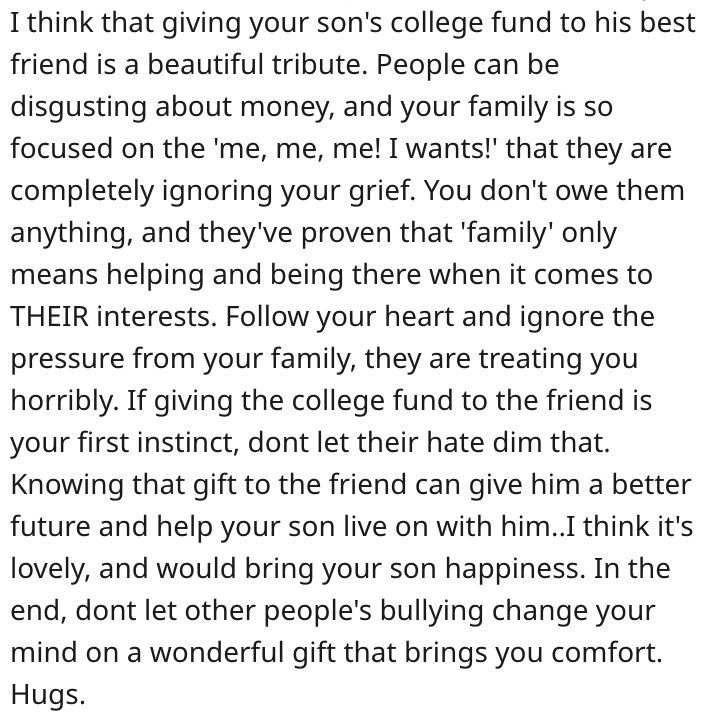 And this person made no bones about it: the man’s family members seem pretty terrible.