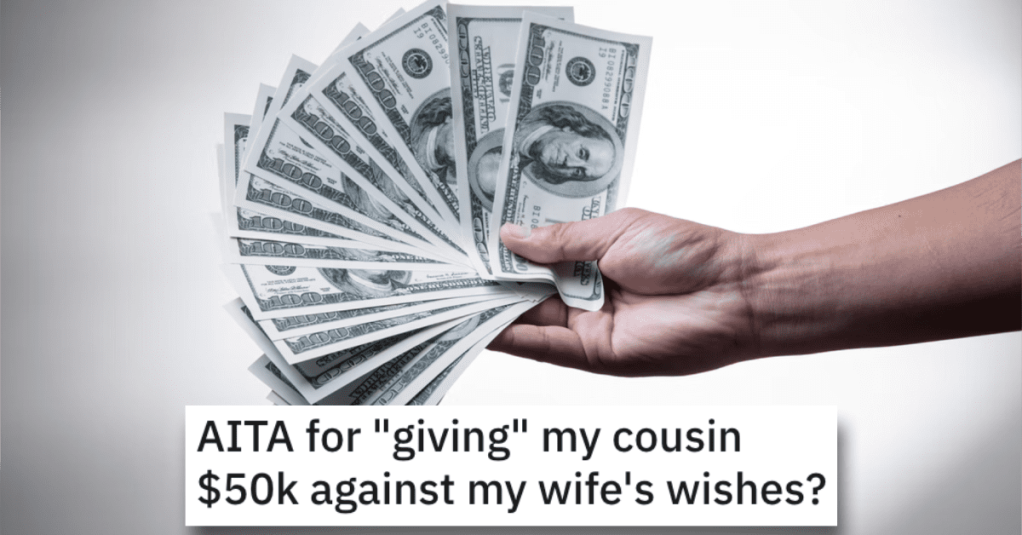 I don’t know about you, but this headline scares me…

What kind of man would go behind their wife’s back and give someone this much money? I’m terrified and I’m not even married!

But that’s the beauty of Reddit’s “Am I the A**hole?” page! You get to live vicariously through other people’s drama!

AITA for “giving” my cousin $50k against my wife’s wishes?

“Had a belated Christmas gathering last week with my extended family.

The custom for this event is that we exchange “stocking stuffers” – nothing over $10. Ever since I’ve since we’ve had this gathering, I’ve always bought scratch off lottery tickets for all the adults.

As you would expect, they are almost always trash. But every year we have a few hit for extra ticket, 2,5, even $10. One year my uncle’s ticket hit for $50 and everyone went crazy. It’s always a good time.

So this year my 23 year old cousin goes nuts. He holds his ticket up and claims that it just it hit for the max jackpot – $50,000. Everyone rushes over, a couple of my uncles verify – yep this kid just won $50k.

I was f**king elated. I scooped in him up in a big bear hug and said Merry Christmas you lucky a-hole. He was screaming and his mom was actually in tears and whole room was excited. It was literally one of the top ten experiences of my life.

I feel my phone vibrate in my pocket and I pull it out to see my wife has sent me a text message that says “Come out to the car.” I go outside and can tell by her body language she is pi**ed. She told me there is no way that we are giving my cousin $50k, then starts fussing at me about buying the lotto tickets to begin with.

2 things to explain: I’m not saying that $50k isn’t a lot of money – it’s a ton. But I’m in my mid forties. I have a 2 decade professional career. My wife is a SAHM by choice. We drive late(r) model cars that are paid for. Our retirements and the kids’ college accounts are fully funded. Our only debt is the house. I’m saying this to show while $50k would be nice to have, it’s not life changing money for us.

My cousin, on the other hand. Just graduated from college. His mom is single and was one of those fiercely independent women who refused charity. She took on extra jobs to help him pay for school. He worked at least two jobs himself while going to school full time and still managed dean’s list.

But he still had to take out loans. He landed a job, but he can’t afford a car yet or to live close to the office, so he’s looking at nearly a 2hr commute. He’s also saving for an engagement ring for his sweet girlfriend of 3 years. This money would literally change this kid’s life and frankly I think it couldn’t have gone to a better member of my family.

I explain to her that we’re not giving him $50k, we gave him a ticket I spent $5 on. She’s not buying, and she won’t let it go. She is now demanding I go back in there and take the ticket back from him, saying maybe we’ll give him some of it. We argue a little bit, I can’t get her to explain why she wants this money so bad other than “it’s ours and you’re not giving it away.”

We fought all the way home and she hasn’t spoken more than a couple of words to me since.

Now take a look at how folks reacted to this story on Reddit.

This reader said that this guy is NTA and that his wife is wrong. 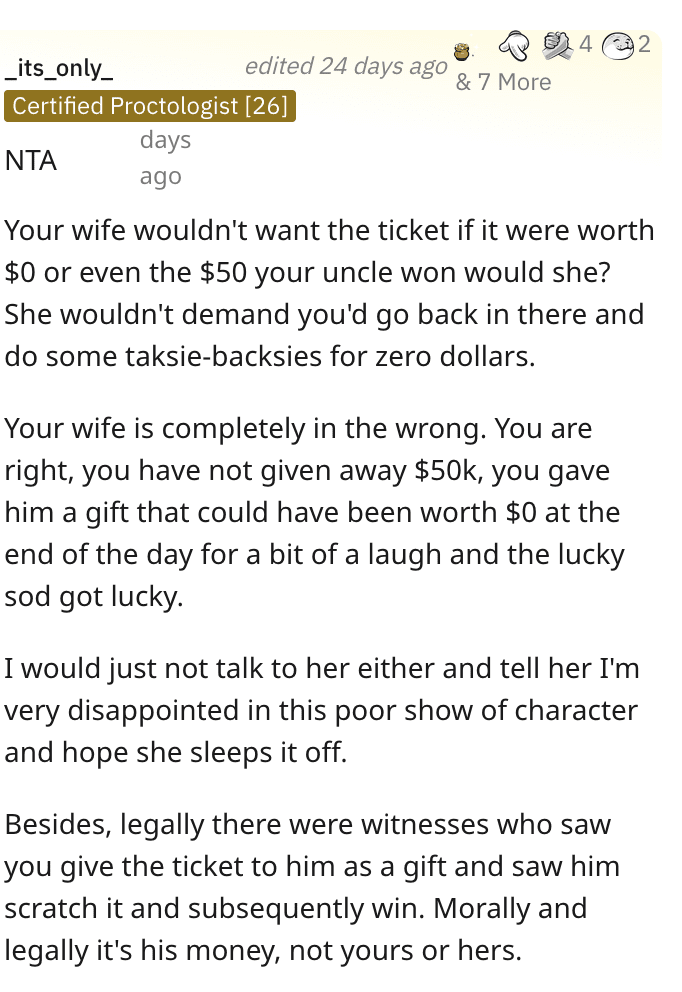 And another individual said that there is a whole room full of witnesses in this story. 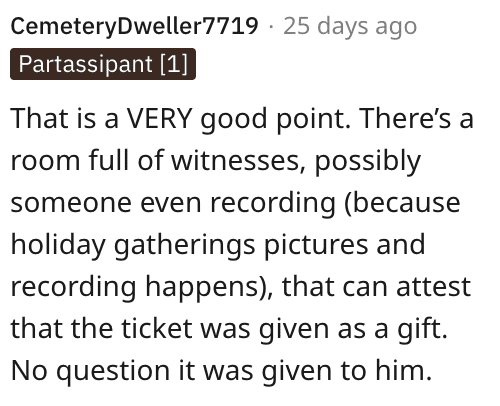 And this Reddit user said that this man’s wife sounds very greedy. 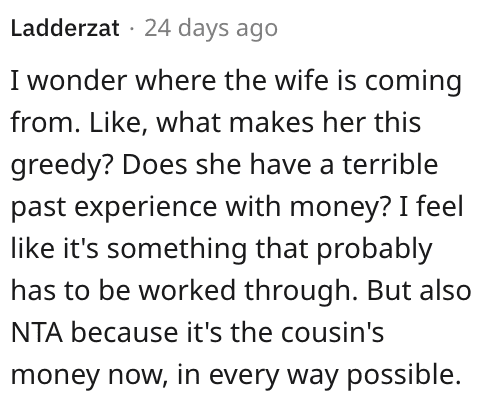