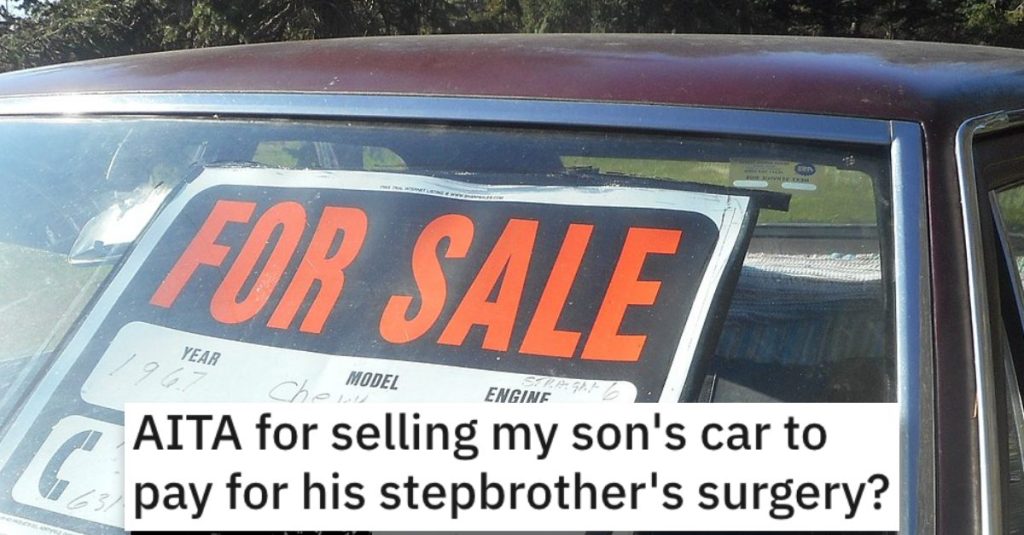 He Sold His Son’s Car to Pay For His Stepbrother’s Surgery. Is He Wrong?

But let’s get all the details before we really find out what’s going on here.

Check out this guy’s story below and see if you think he acted like an a**hole for what he did.

AITA for selling my son’s car to pay for his stepbrother’s surgery?

“My stepson (16) has a medical condition since he was born. He used to he doing fine but 14 months ago his health started worsening.

His mom and I put all our emergency fund towards his first surgery. Now 7 months later he’s in need of a second one which was not anticipated. We’re not doing great financially. we don’t have anything of value to sell to use the money on the surgery except my 18 year old son’s car that me and his mom bought together and I eventually gave it to him to drive to college.

I decided since it was in my name that I could sell it. He found out and was not happy about it. I explained the situation to him but he said it was a gift from me and his mom and I had no right to take it back and sell it.

I explained again but he was having non of it. We got into a huge argument and his uncles started shaming me for taking the car saying my stepson’s health issues aren’t my son’s responsibility. I refused to negotiate or get into an argument with them but my son’s upset and he’s been avoiding me and my wife for days now.” 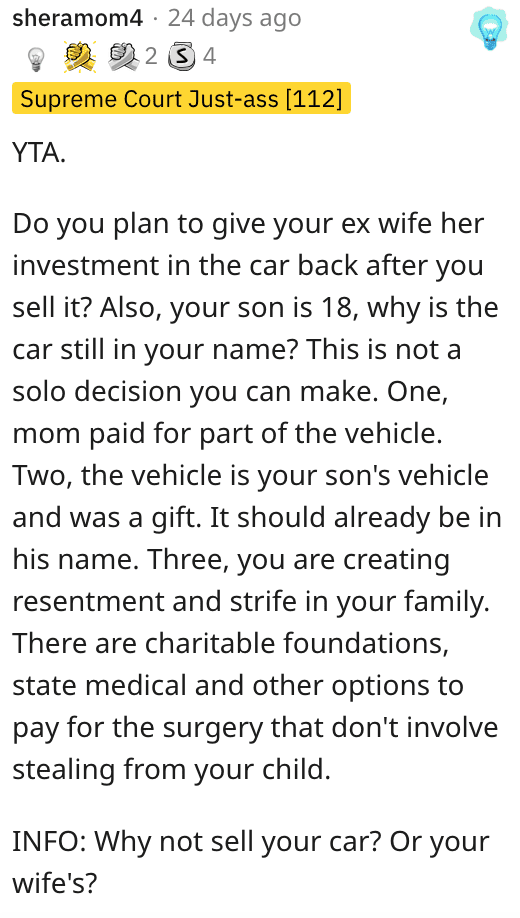 And this reader said this guy should have at least said SOMETHING to his son about this instead of keeping him in the dark.

Another Reddit user said he’s an a**hole and added that this wasn’t his decision to make.