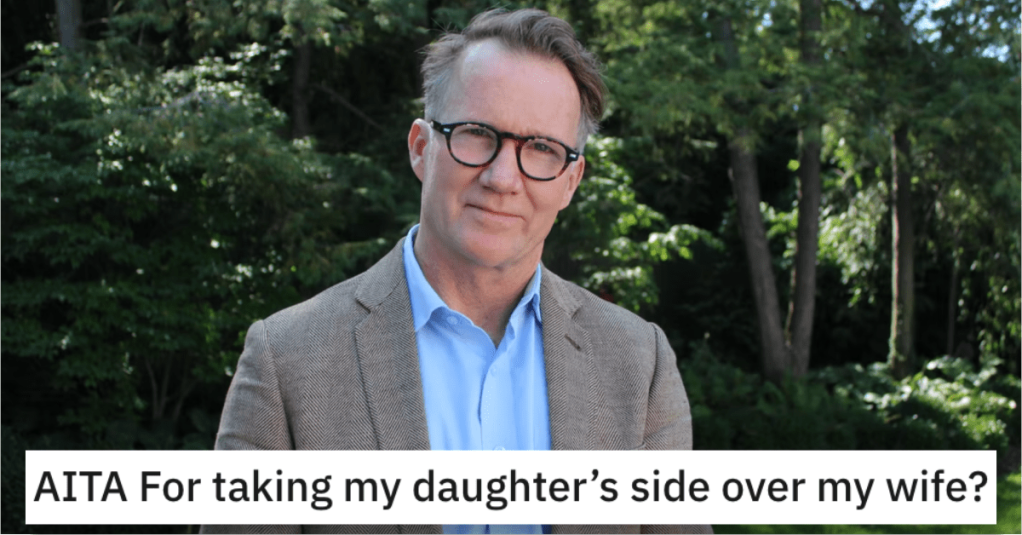 He Took His Daughter’s Side Over His Wife’s. Was He Wrong?

Whose sides are you gonna take?!?!

How many times have you been asked that in your life?

And a father shared his story on Reddit’s “Am I the A**hole?” page to see if readers think he is to blame for what happened between him, his wife, and his daughter.

AITA for taking my daughter’s side over my wife?

“This whole feud started a year ago but we still argue about it to this day. At the time me (42M) and my wife (41F) have two sons and a daughter (16F). Our daughter “Melissa” (fake names) has a friend named “Sabrina”.

The first thing you need to know is our daughter has been friends with Sabrina since middle school. She comes over almost everyday and usually stays the nights at our house since she has a rough relationship with her parents.

Then, when they were both in high school, my wife sees online that Sabrina came out as a lesbian. My wife is homophobic and sometimes makes nasty remarks in private. I’ve told her multiple times it makes me uncomfortable but she continues and life carries on.

She was not ok with this and immediately wanted her to never come over again. I thought this was harsh, and we argued for a while. Melissa assured us that it was fine and she was straight, and we came to the agreement that she would stay, but if Sabrina ever tried anything she wouldn’t come over again.

Now flash forward to about 2 years from now and they’ve both graduated, looking for universities. They both wanted to go to same university and we thought that was a great idea. After a while, they both get accepted and they found a place to move out to.

It was two weeks before they move out that they told me they were dating. I was shocked, but happy for them. I was surprised that hadn’t told me sooner but I couldn’t blame them for that. They asked if I could keep it a secret from my wife and I agreed.

And just a week after, everything crumbled. My wife was on her phone for some reason when a message popped up from Sabrina talking about their relationship. My wife went in a huge tantrum and ever since Melissa moved out they haven’t spoken much in two years. Melissa has called me and we’ve hung out but my wife has also been really mad at me that I’ve continued to support her.

I’m on the fence. I think it’s great that Melissa found someone that she likes but I want a healthy relationship between my wife and daughter, I hate to see them like this.

One reader said that this dad isn’t taking sides at all. 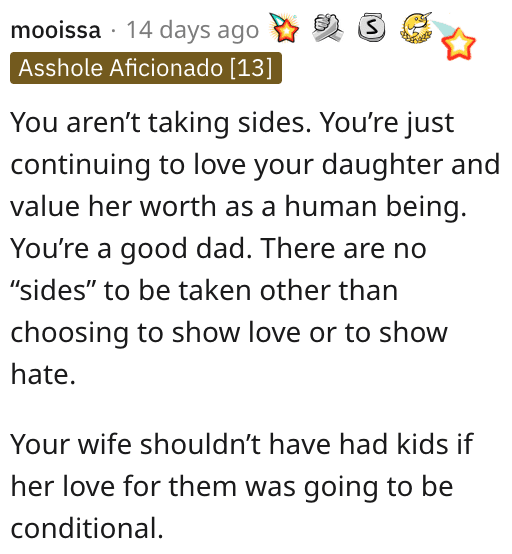 And another individual had a hard time comprehending why the dad is still with the mom. 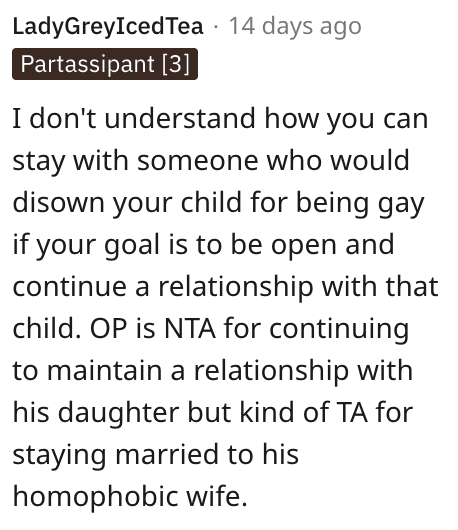 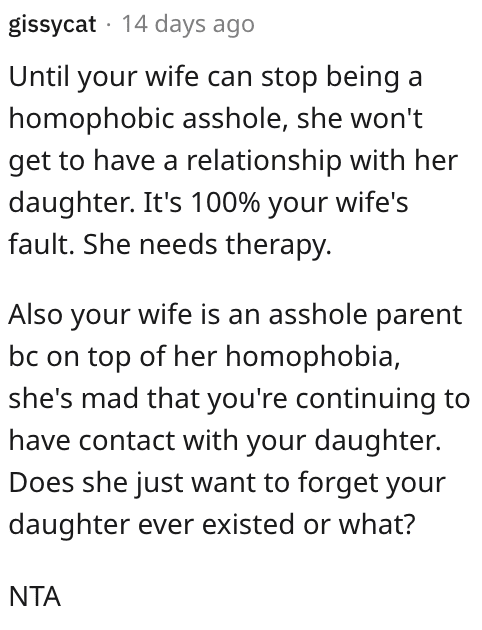