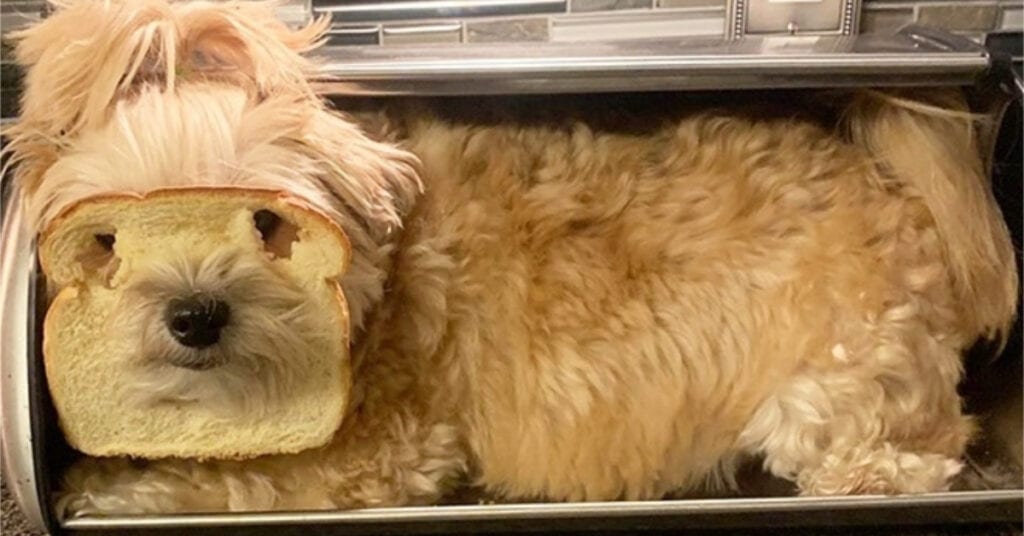 Here Are Some Dogs Who Think They are Bread

I’m not sure how to prepare you for what you’re about to see so I’ll just come out and say it. These are a bunch of dogs who have bread on their faces. They think you won’t recognize them. They are attempting to bamboozle you. Don’t fall victim to it.

To protect you from bamboozlement, I have listed what I suspect to be their true doggy identities. Stay vigilant. Don’t let the doggos deceive. 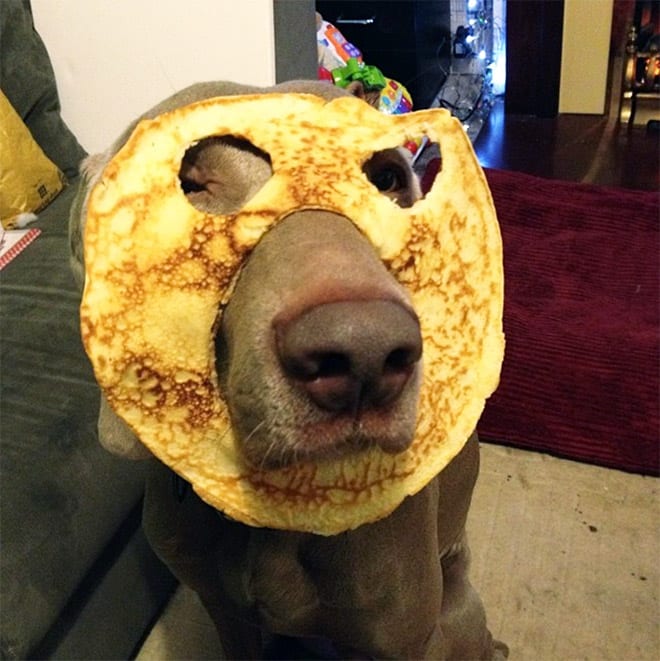 Is it bigger than a breadbox? …no. 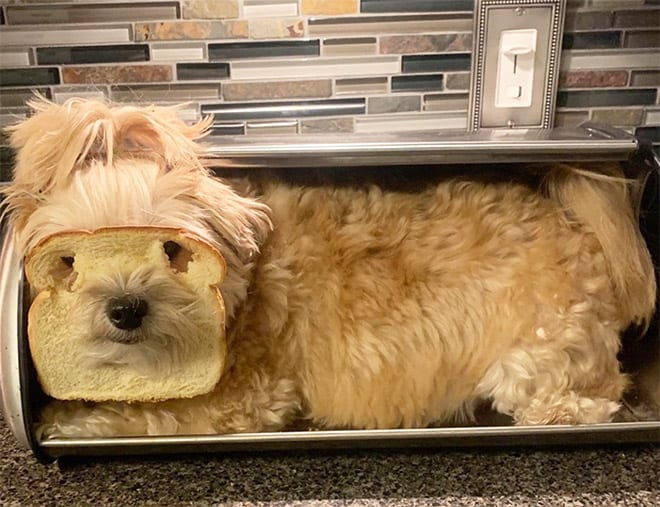 He’s here for you and he’s brought a snack. 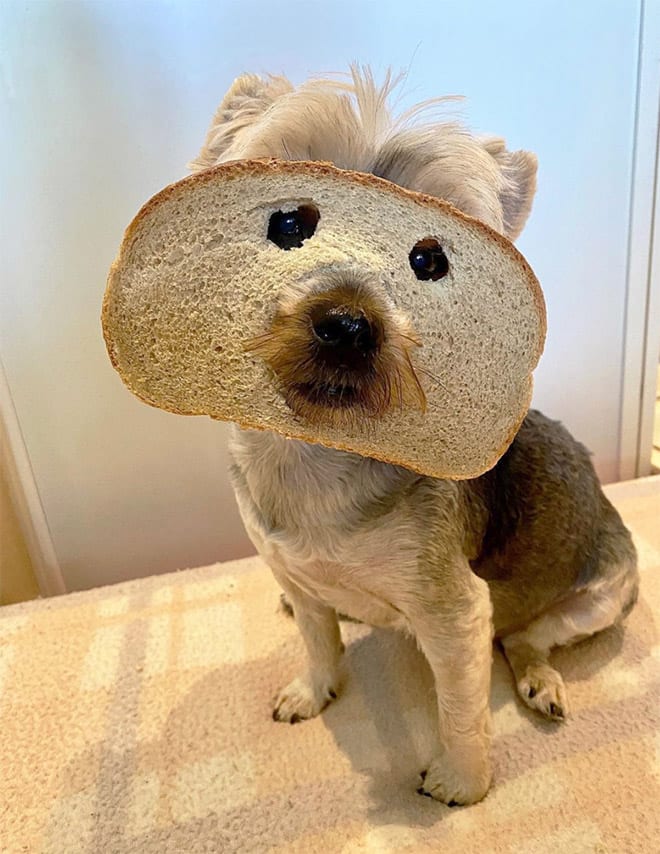 He’s doing his best, damn it. 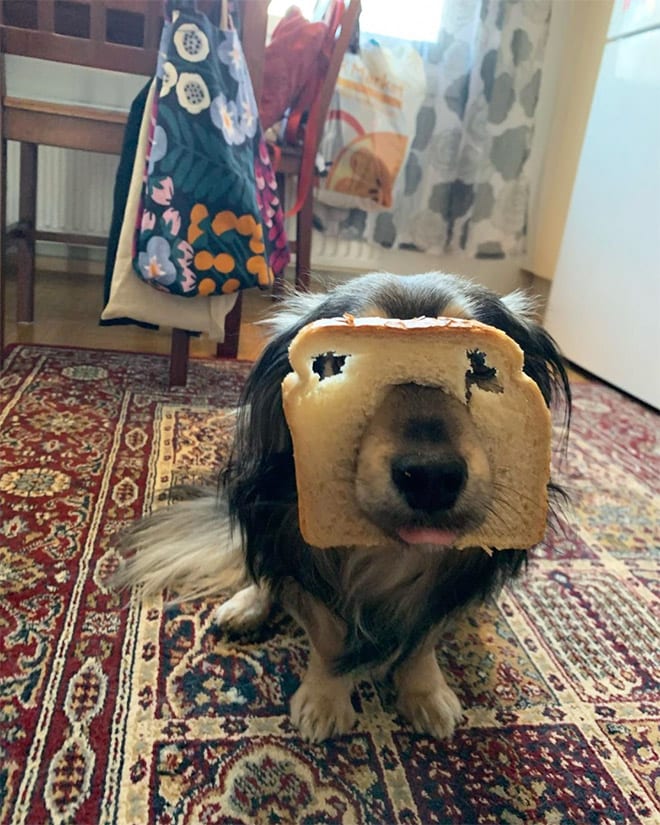 Yes hello, good to see you with my regular eyes. 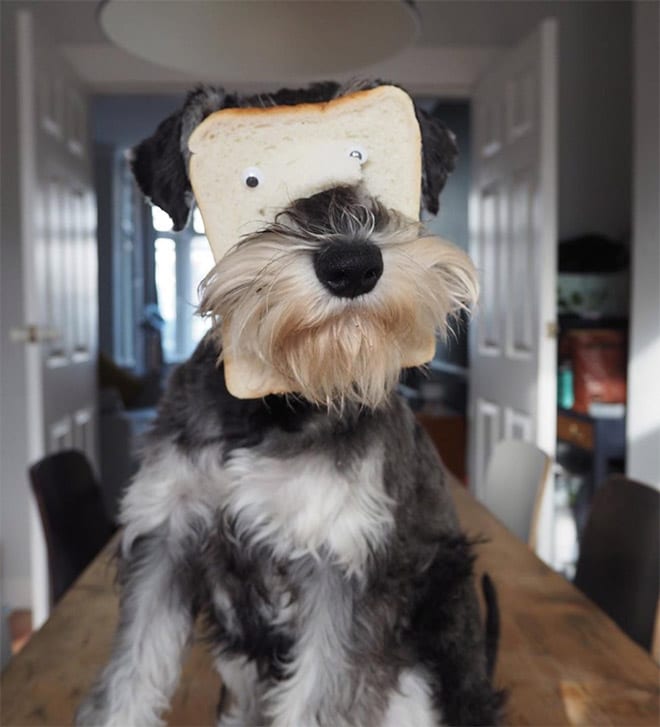 (He thinks the bread will distract from the fact that he’s one giant piece of lint.) 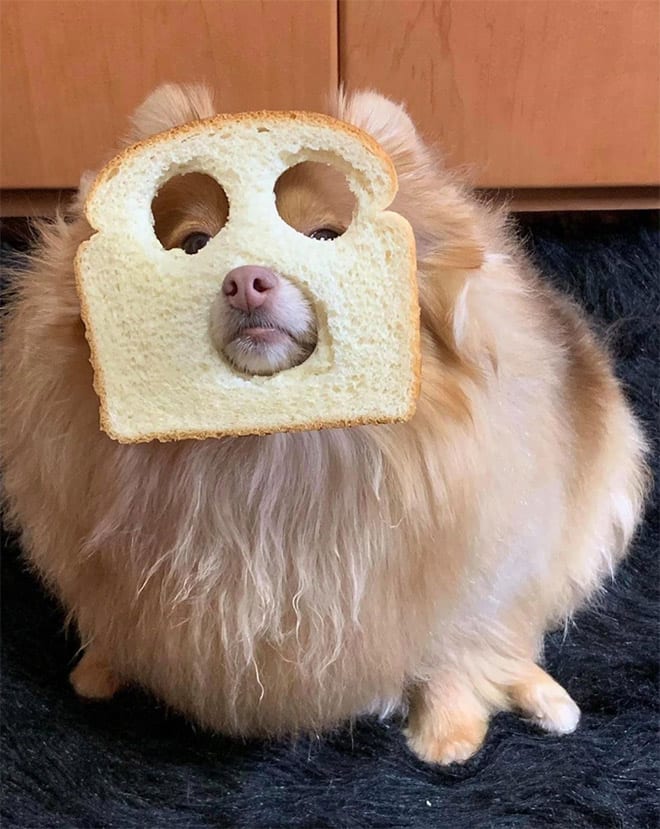 Neither his bark nor his bite are as bad as his glare. 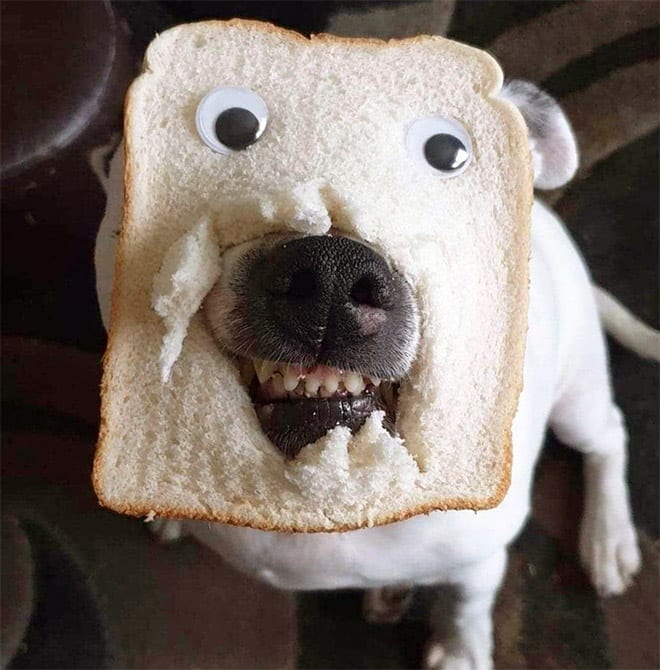 Dude looks like he should be at some sort of fancy masquerade party. 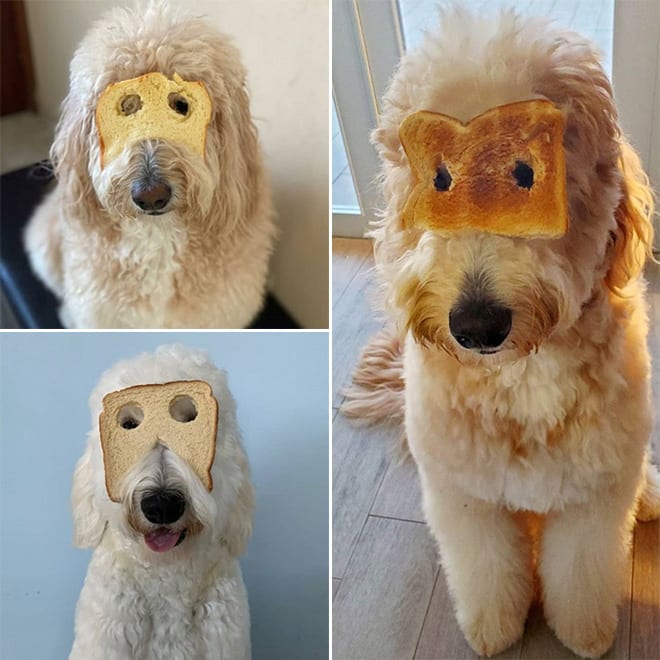 He’s seen a thing or two, and he’s loved them all. 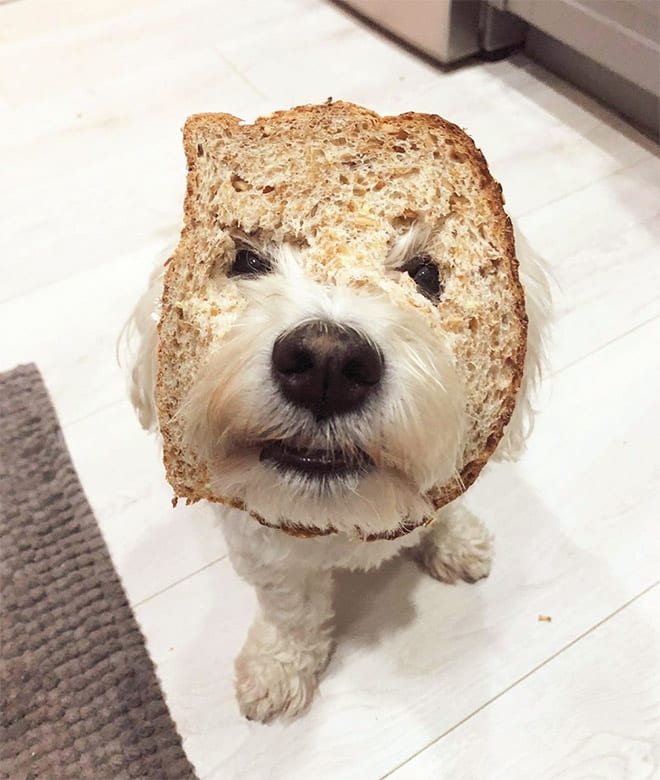 His royal highness is not amused. 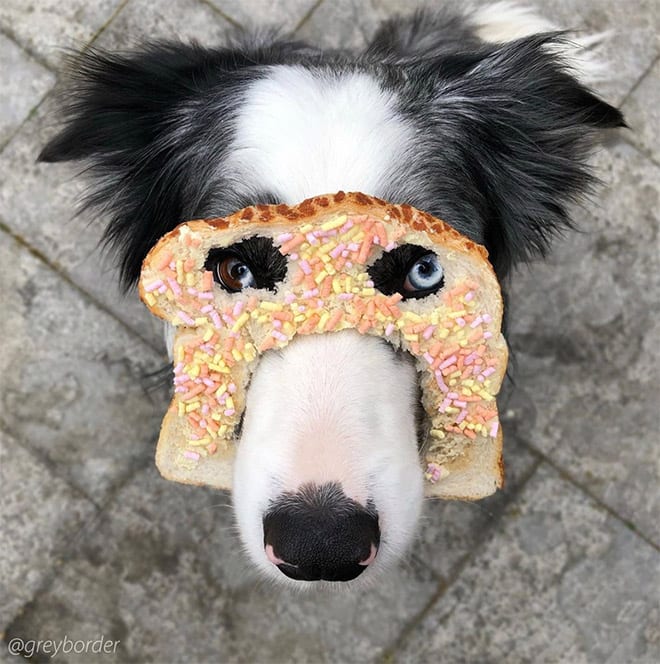 He’s got his helmet on and he’s ready for battle. 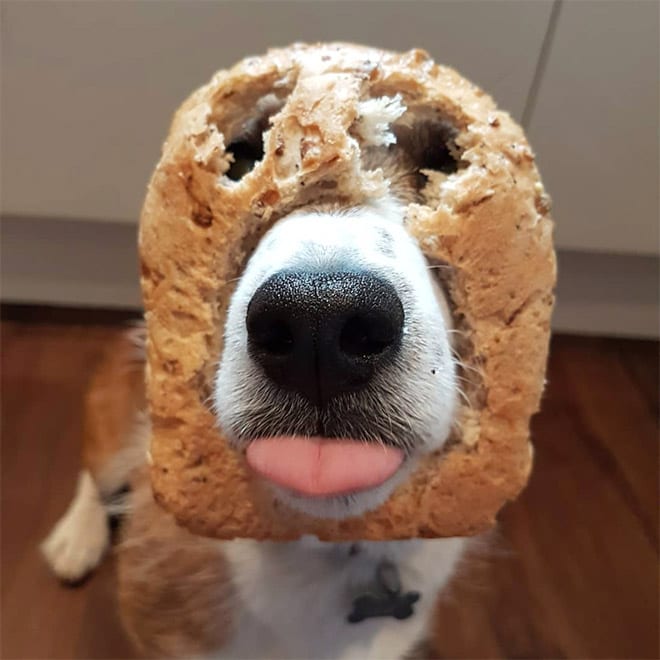 This one is just an actual angel from Heaven, don’t mind him. 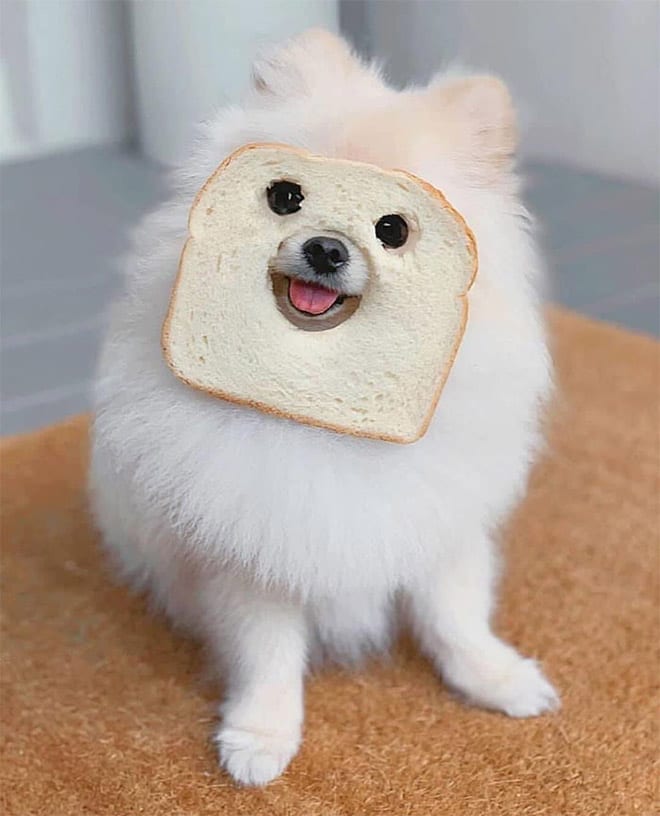 Justice is blind and so are they. 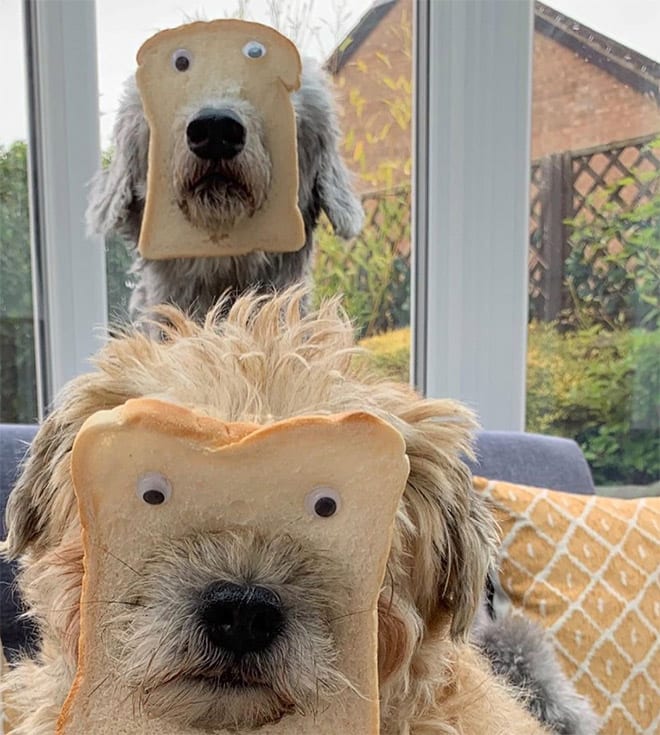 He can’t help but look down his nose at you. 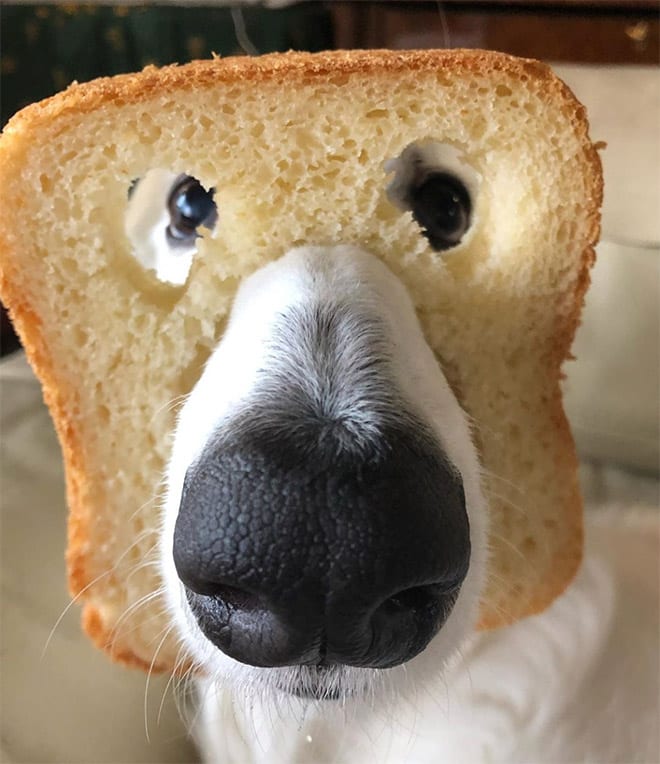 Don’t you trust him for a second. 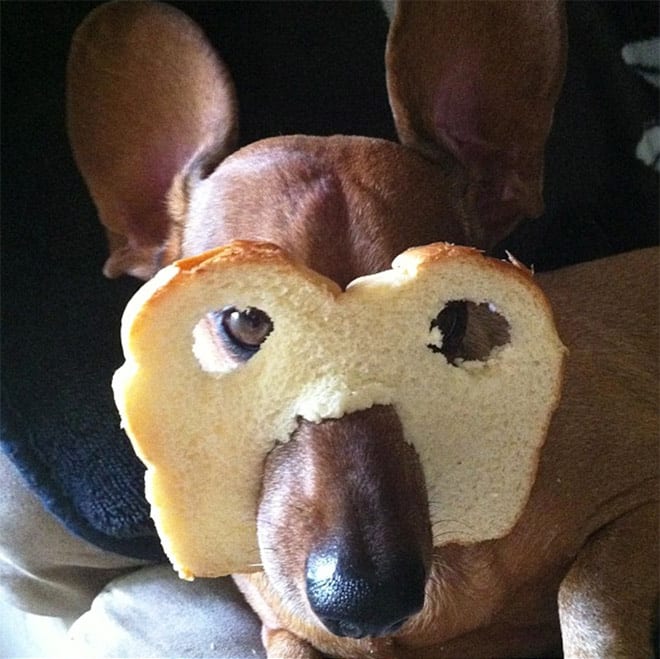 Now that you know what to look out for, spread the word. These heckin’ bois are smart. They’re the best of the best. I suppose you could say they’re…well-bread.

Would your dog ever participate in such shenanigans?