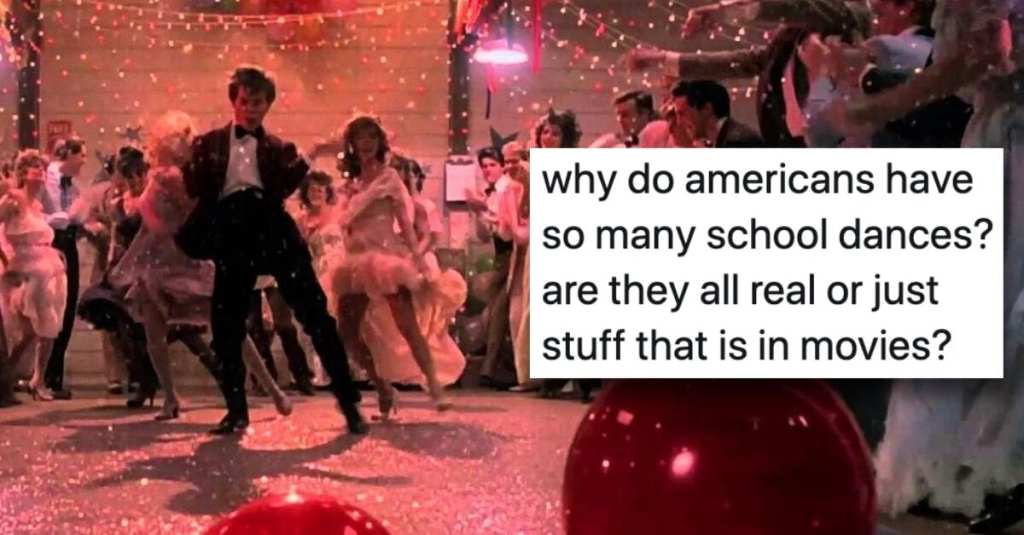 I really enjoy watching films from other countries so I can get a small taste of what their culture is like: how they dress, what they eat, the types of cars they drive, how they interact with each other.

You can learn all of these things when you watch movies from abroad.

And people around the world do the same thing with American movies. The only difference is that films from the United States are so popular all over the planet that our customs and our culture are exported to every corner of the Earth and everyone else is soaking it all up.

Which makes for some interesting observations from non-Americans about what our daily lives are like.

People took to Twitter to question whether Americans do the things they see us do in movies or it’s all just fiction.

Do Americans really grow up with a specific university in mind and call their 'dream school' or is that just a movie trope because it's just so bizarre to me.

3. Are you calling me an alcoholic?

Do Americans really just go to bars and drink like 6 shots of whiskey and call it a night? That’s how Americans drink on tv and it’s weird af

wait do americans actually get fed lunches in schools?? i thought that was just a movie thing???

But it’s usually only for special occasions…

do americans eat s'mores as much as movies say they do

Huskies was my high school mascot!

Do Americans actually have school mascots or is that just a movie thing?

7. Hahahaha. This does happen.

In the movies, at least…

I find it to be kind of disgusting.

I thought it was just normal…

why do americans have so many school dances? are they all real or just stuff that is in movies? like, homecoming, prom, winter formal? are they different? do you have a dance for every season? what is going on?

10. Which country were you in?

Oh, I was in Europe.

Why do americans in tv shows say “i went to europe this summer” like WHERE IN EUROPE smh like why not just say which country ???

My question to americans is, do cheerleaders in high schools really are like in movies and tv shows? Are they really the prettiest, most popular girls that everyone looks up to? Are they mean girls? Cause that has always been such a cliche omg pic.twitter.com/BVI9ZbqXKk

Fun, but I was always terrible at it.

Do Americans really have to do physical projects? Like make a paper volcano? Or glue a bunch of shit to cardboard? Or make one of those foam solar systems? And y’all get graded on that? Or is that just in the movies?

I never really thought about that…

Why do Americans in TV and film just hang up without saying anything when they've finished a call? Freaks

Now we want to hear from YOU.

What do you think Americans do in movies that are weird?

Or, if you’re an American, what do you think is strange about things that people do in movies from other countries?