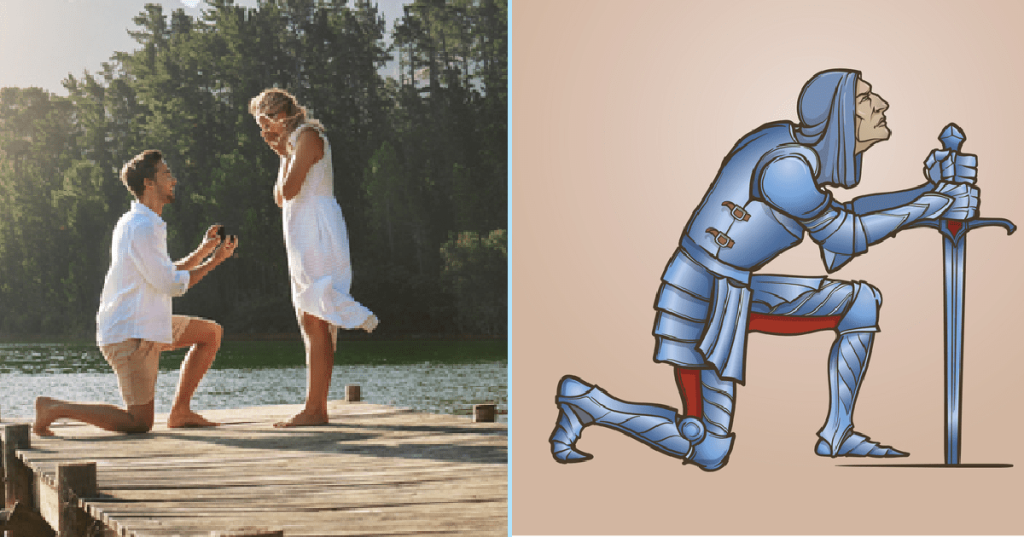 Here’s Why We Propose On One (Specific) Knee

There are hundreds of big questions out there – ones that everyone wonders about from time to time but that don’t really have great answers (or any answers at all).

Then there are things that we wonder about in passing and then forget we wanted to know the answer to – and I feel like the practice of proposing on one knee might fall into the latter category. 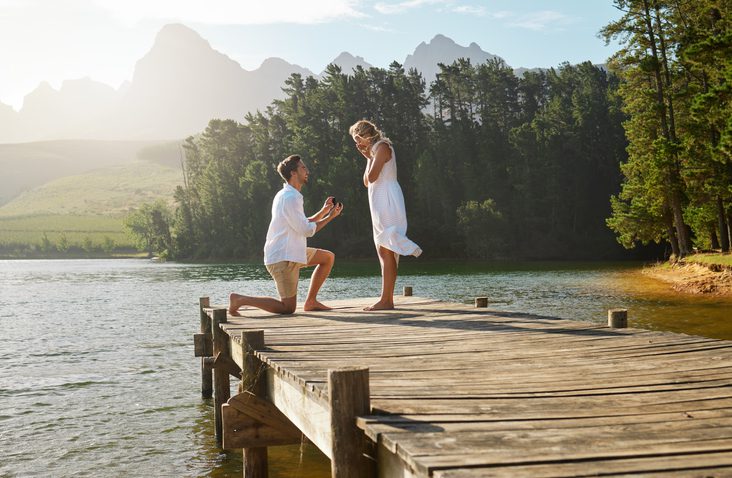 That said, there is an answer to why we do it, and even one to which knee is the appropriate one to drop to in the big moment. Read on to find out!

First off, even though a majority of people do drop to their left knee while popping the question, there’s no hard and fast rule. It’s more common because it’s more common to be right-handed than left, so people naturally want their right hand to be more accessible to present the ring (and hopefully slide it on her finger). 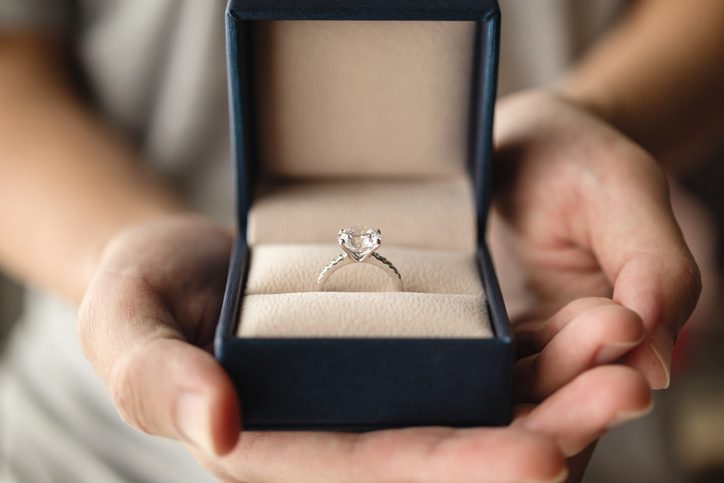 Proposing on your right knee is not a faux pas whether it’s because your left-handed or just because it’s more comfortable for you, so don’t stress about it in the moment.

The historical origins of the gesture itself are a bit murky, but most experts lean toward one theory as being correct – and it harkens back to an actual knight in shining armor.

There was a tradition of knights bowing down before noblewomen, and it was also part of more than a couple of rituals and rites of passage. Medieval artwork and literature reveal kneeling as a sign of honor and respect, or as a gesture of eternal servitude and admiration.

According to Keith Willard, a wedding officiant and planner, respect played a large role in knights kneeling in romantic situations as well.

“It places the proposer in a position of submission. Their whole life is now in other’s hands, with the hope that the other will be kind and loving.” 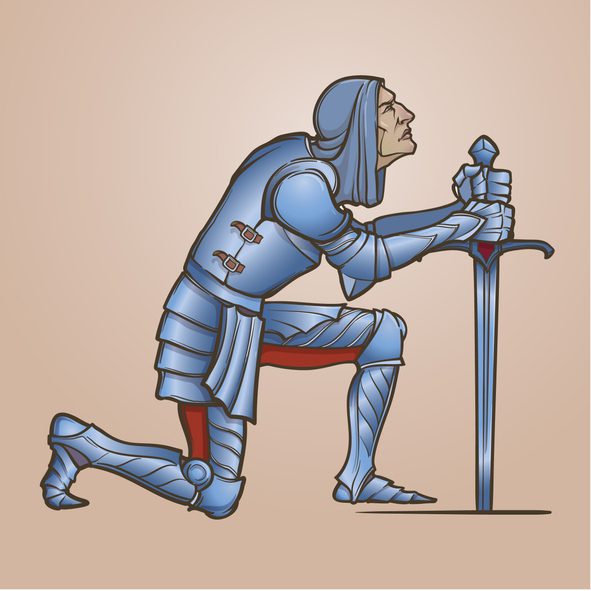 Basically, if someone kneels at your feet they’re saying that you’re worthy of honor, respect, and eternal bliss.

It can be hard to say no to that (although you totally should if you know the relationship just isn’t right).

Happy proposing – there’s no way to go wrong as long as you’re honoring the spirit of the tradition (even if you’re not doing it to the letter) if you ask me!