Good neighbors are worth their weight in gold. Bad neighbors, on the other hand, can truly make your life a living hell.

One Redditor’s neighbor kept reporting him to their homeowners association for petty little things like the kids leaving their bikes outside after they’re done playing.

Well, don’t you worry, because the Redditor was able to get some pretty sweet revenge when all was said and done:

Neighbor kept reporting me to the HOA for petty things, opportunity knocked to pay her back and I took it. from ProRevenge

Wow, we did NOT see that coming! Maybe you should’ve minded your own business for once, Christy doctor-whoever-you-are.

Redditors were pretty jazzed by this story, as you might imagine.

People also suspected she conducted her medical practice out of her home, thus violating the HOA rules herself:

Others said she’s probably real fun to talk to at parties: 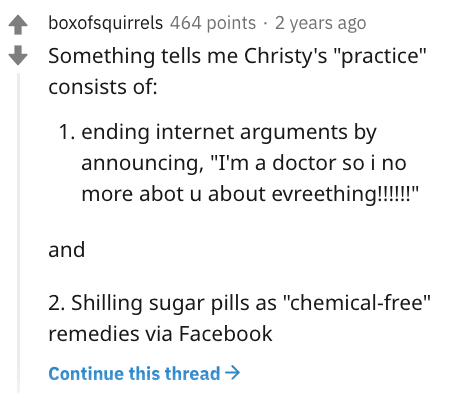 One commenter pointed out what would’ve been the ultimate comeback: 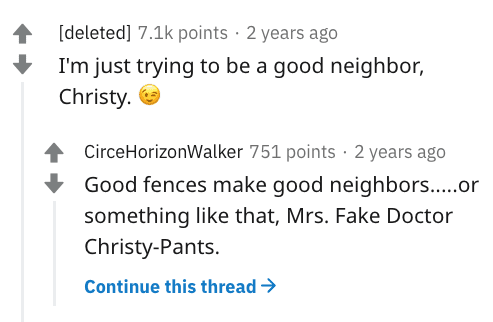 And so did another: 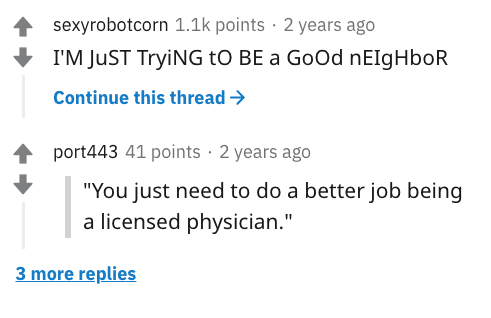 Ah, revenge is so sweet. So very, very, very sweet. Because what’s better than when an enemy gets what they deserve? Answer: NOTHING!

Look, we’ve all got some sort of skeletons in our closets, which can always come back to bite us in the butt if we’re not kind and compassionate to others. That’s a lesson that Dr. Christy learned the hard way, apparently.

What do you think of how this homeowner handled his neighbor from hell? Did he do the right thing or take it too far?

Let us know in the comments! We’d love to hear from you!