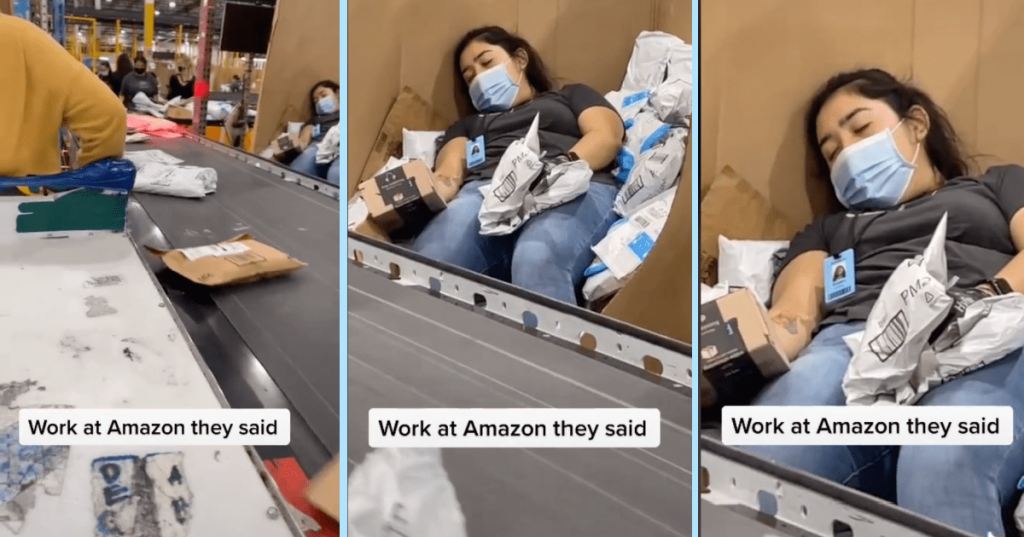 How Bad Are The Working Conditions At Amazon Really?

I think we’ve all heard tales of how, despite yearly record profits, employees at Amazon are overworked and underpaid. There’s more than one reason to avoid shopping the big online retailer, but how true are the rumors about working conditions?

We’re not sure, but this image of one employee sleeping on a pile of packages is striking a chord with many on the internet.

A now-viral TikTok video shows a female employee fast asleep in a box full of packages, a conveyor belt in the foreground. 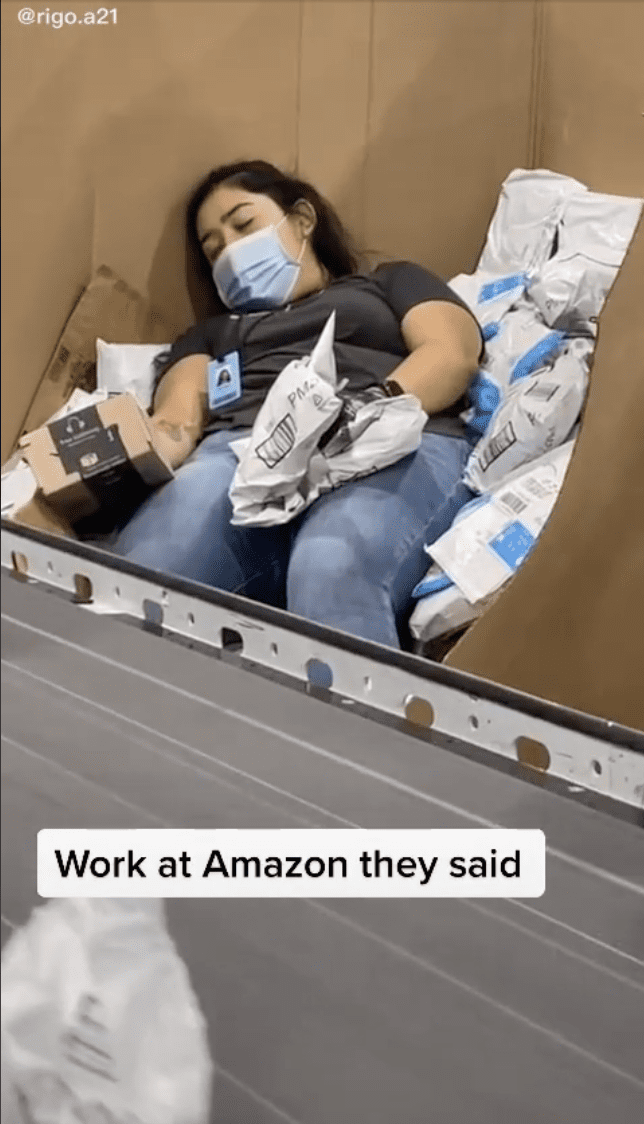 The comments under the video kind of run the gamut, from people commiserating about demanding jobs and poor compensation to people rolling their eyes about lazy workers and Gen Z not knowing how to put in a full day of physical labor.

“No wonder why my package is late.”

There were plenty of people who realize that we never know what other people are going through on any given day, though, and want to give her the benefit of the doubt.

“She is tired. Doesn’t mean she is lazy, she may be working long hours, 2 jobs or have a baby who kept her up all night.”

Some current and former Amazon employees weighed in down in the comments, too, and their stories are pretty eye-opening.

“I can say I understand. I worked there twice and the pain never ends and neither does being tired, either. A lot of people fainted from being overworked.”

“I started in Nov working OT overnight 6 days I had a 1-year-old I had no energy whatsoever …I lasted 1 month.”

What are your thoughts? Does it change your opinion on shopping at Amazon? Confirm it?

Let’s hash it out down in the comments!