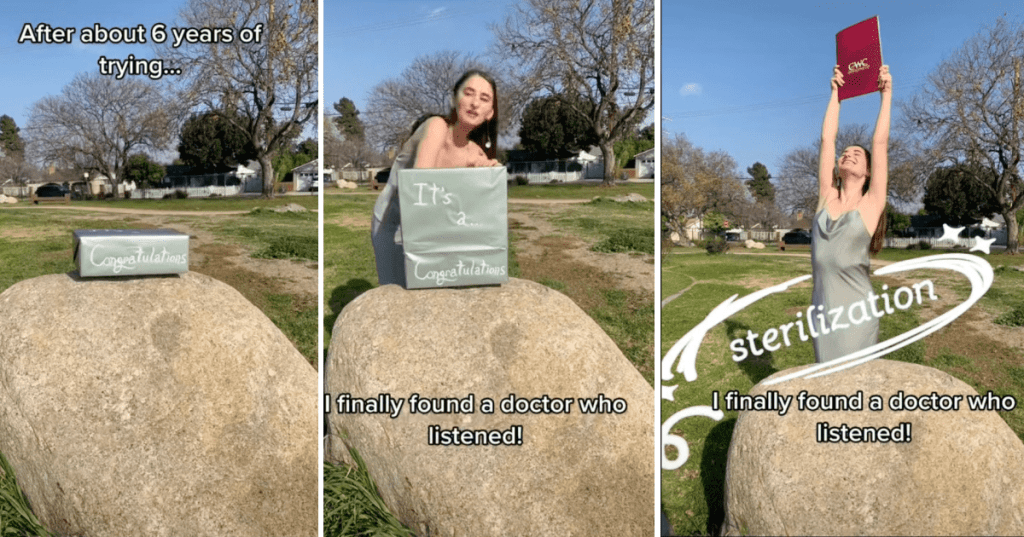 For most people who have made the decision to have children, they can’t imagine their lives any other way. They can’t believe that other people wouldn’t want to share in the same blessings as they’ve received becoming parents, but I think they forget that what they had was a choice – and that the choice to not have children is just as available and just as valid.

The fact that women are unable to request voluntary sterilization before a certain age, or before they’ve had a certain number of children, or before they get permission from a partner – while men can walk in and get a vasectomy pretty much the same day – has long angered those who fight for women’s rights.

Now, this woman’s happy photoshoot documenting her successful sterilization is sparking a new conversation about how this should be a valid and celebrated choice that each and every woman gets to make for herself. 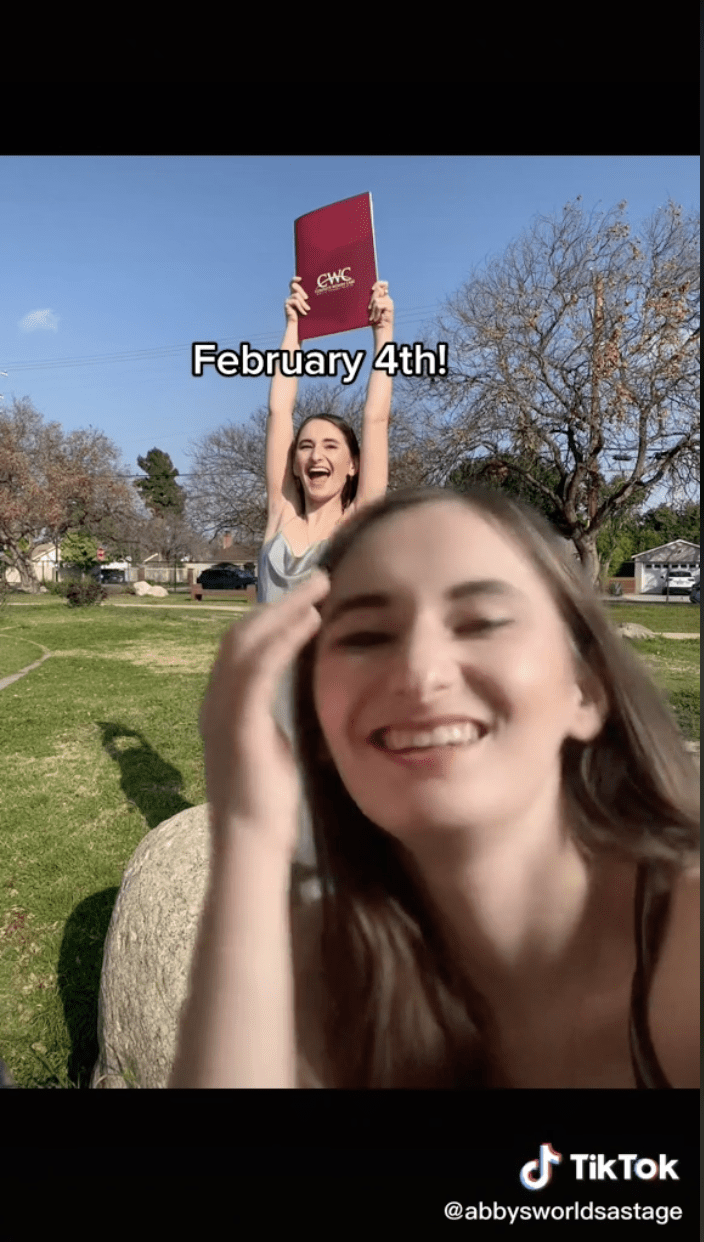 The woman in question is 24-year-old Abby Ramsay, who has amassed a following of over 3.8 million people after posting her tongue-in-cheek photoshoot.

With the flair and flavor of a baby announcement, Abby is ready to celebrate something she’s been after for years – a complete sterilization that should make it all but impossible for her to conceive her own children.

The surgery she underwent is a bilateral salpingectomy, which removed both fallopian tubes, effectively severing the route from her ovaries to her uterus, as well as an endometrial ablation, which removed a layer of the uterus that would be essential if a fertilized egg wanted to implant there. 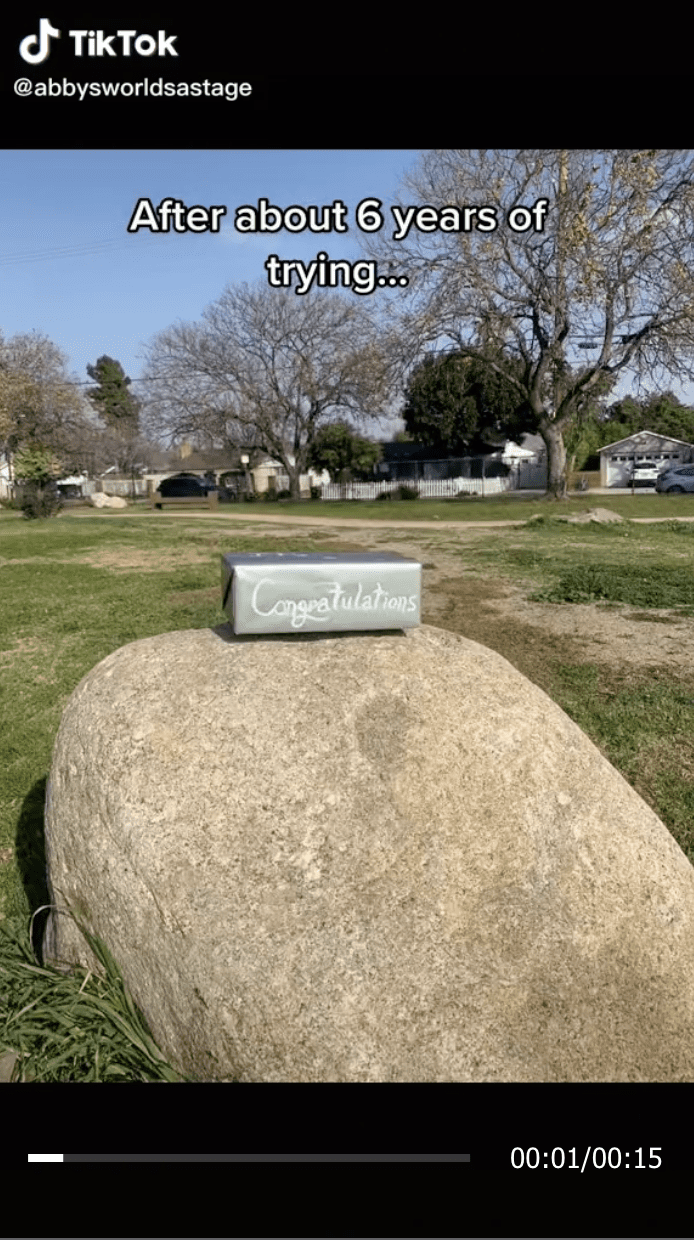 Not only will this procedure make thinking about birth control a thing of the past, but Abby hopes it will help alleviate the extreme pain she’s had with her periods for most of her life.

The out-of-pocket cost of her surgeries would have been over $100k, but her insurance covered permanent birth control, which meant she only paid around $1k.

Abby has known for six years that this was the route she wanted to take, and it has taken her all of that time to find a doctor willing to perform the surgery.

She told Buzzfeed that she’d heard about every excuse in the book as far as refusals to offer her a permanent solution.

“The main reasonings they gave were age and the possibility of regret. One said she didn’t believe in performing ‘unnecessary surgery’ and she said she was against things like plastic surgery, too. The third doctor I ever saw basically insinuated that there was something wrong with me for not wanting children, and said I needed to go to therapy to get my brain fixed so I could have kids someday.”

Even though doctors remain reluctant to offer permanent birth control solutions to women in general, and young women specifically, a recent study by the US Collaborative Review of Sterilization reports that less than 13% of women feel any regret at all during the first 14 years after surgery. 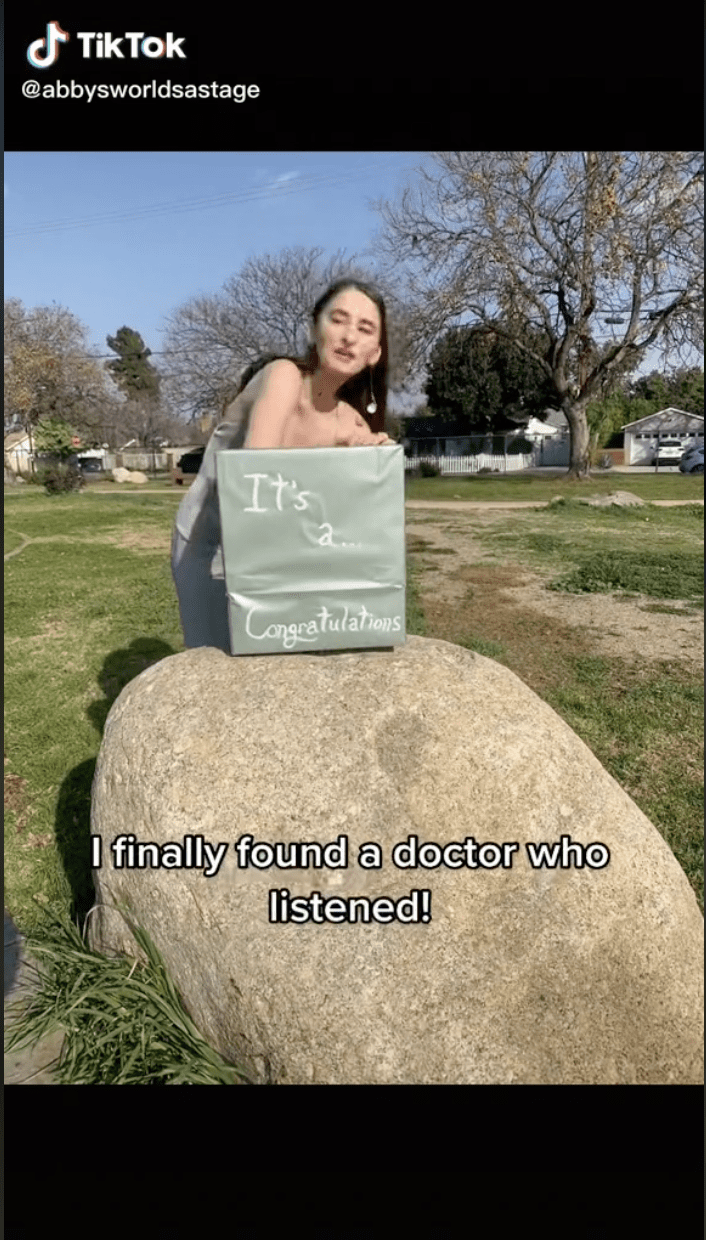 As far as Abby is concerned, though, she thinks it’s “better to regret not having a kid than to have one and regret it. At the end of the day, if I regret it, I am the only one suffering for it.”

Her level head and conviction didn’t convince a good number of doctors, which left Abby feeling unheard and dismissed and just out-of-control of her own body.

“There were times I went home crying. Other times I just wanted to scream. Other times I just felt numb and empty. It was frustrating. My pain and my desires and my goals and my life were all dismissed because of a baby that didn’t even exist. A hypothetical person had more control over my future than I did.”

When she finally found the one, she didn’t even need the packet of information and all of her reasoning, even though she was armed and ready to counter any argument. 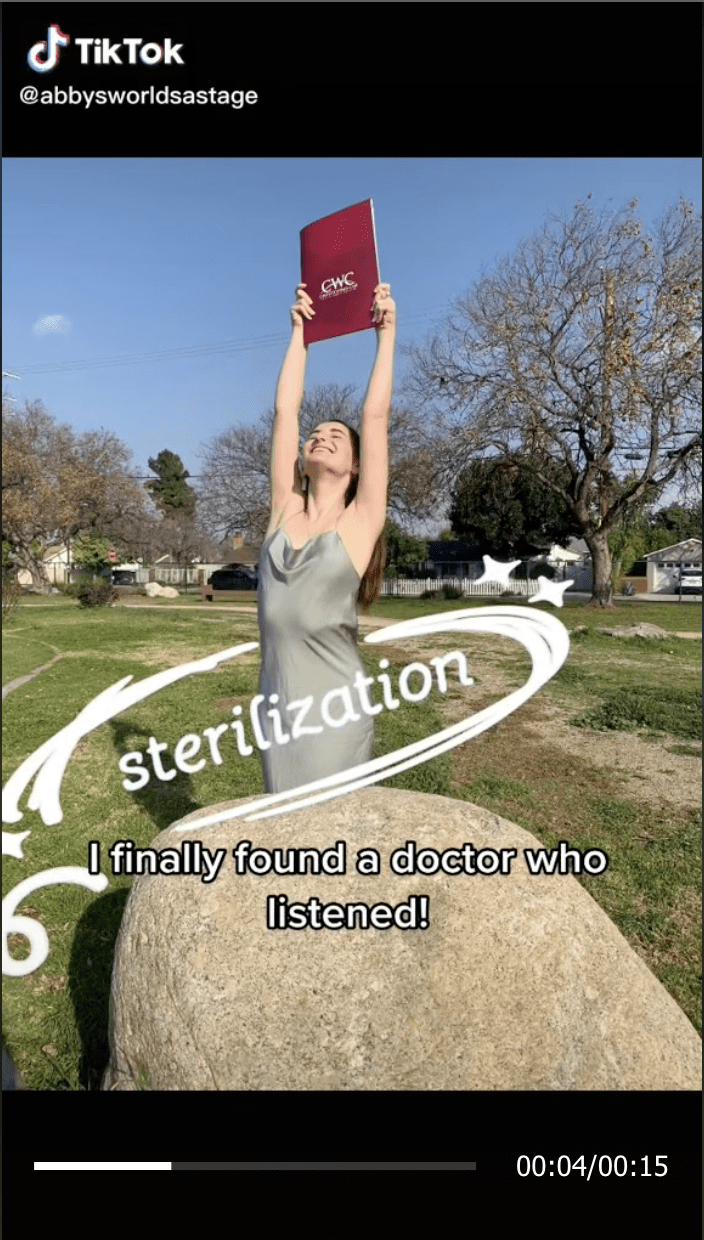 “She didn’t need it. All she needed was to listen to me for five minutes before saying alright, and immediately telling me my options, and procedures she thought might be right for me. I almost burst into tears of joy right then and there. I didn’t know ow much I just needed someone to listen to me for once. To believe that maybe I knew myself better than they did.”

And here’s the thing – even though Abby has a few reasons behind her choice, she hates that she had to go through a litany of complaints just to have doctors dismiss them one by one.

“While I have many reasons for not wanting to get pregnant and wanting to be child-free – from genetics to fears and medical concerns – at the end of the day, ‘I don’t want to have kids’ is reason enough and should be respected.”

I’m excited to take control of my own body. I’m not a baby maker. #childfree #childfreebychoice #sterilization #celebration

Preach, girlfriend. Choice is something we should all feel as if we have, and something we’re all promised in the States – no matter your gender or age, you should be able to make the right choices for your life.

After all, any regrets are yours alone, and not a doctor’s concern.

What do you think about this topic? Let’s keep the discussion going in the comments!