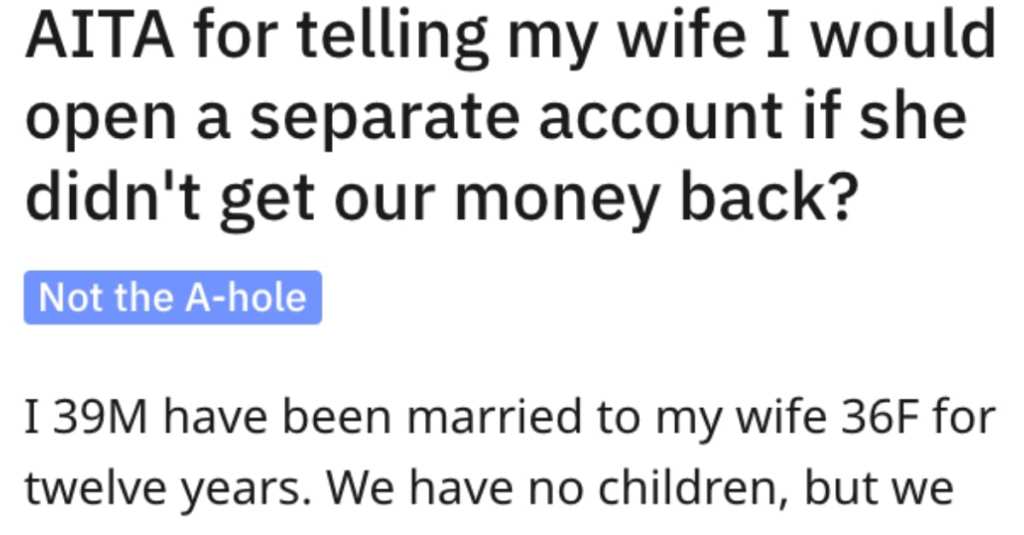 Husband Tells Wife He’s Separating Their Money After He Finds Out About Secret Investment. Is He Wrong?

Or maybe it’s just ANY money, mo’ problems. And this story is a doozy!

A man asked readers on Reddit’s “Am I the *sshole?” page if he was wrong for how he acted in regard to his wife and some risky business involving their money.

AITA for telling my wife I would open a separate account if she didn’t get our money back?

“I 39M have been married to my wife 36F for twelve years. We have no children, but we do have a cat and a dog who we consider to be our children.

My wife has a sister “M” 37F who has made very poor financial choices and is now heavily in debt. She refuses to get a job and instead jumps from on MLM or get rich quick scam to the next, sponging off of relatives to make ends meet.

We also have a joint checking and savings account that we use for the household bills and household emergency fund (like when the water heater flooded the basement in the middle of the night). Both of us have access to the joint accounts, and if we need to use it, it is never an issue, so long as we make sure to tell the other that we used funds from those accounts.

As I was going through the statements for our joint household account, I noticed that there was approximately $2,000.00 missing from the joint savings account. I noticed that they were all Venmo transfers to her sister.

When my wife came home from work I asked what this was about, and she told me that her sister needed money to start her own business. My wife sat me down and explained to me that her sister joined yet another freaking pyramid scheme, this time selling fake nails and makeup.

My wife said that she has the potential to earn six figures a month and if that was true. My wife also said that she too was going to join her sister selling these products and if she made enough would quit her job and sell them full-time with her sister.

I told my wife that she either needs to get that money back from her sister or I would open a new account for my share of the household expenses and transfer it to that account when it was time to pay bills. My wife is upset with me and does not understand why I am being so unsupportive.

I told my wife that not only did she take money and not tell me about it, she invested it into something without even considering how I would feel about it.

My SIL called me last night and said that I was a raging AH and a control freak and that I was stopping my wife from using her full potential. I told my SIL that I would support my wife in anything she chooses to do, as long as it would not cause financial harm to our family. My wife and SIL are both p*ssed at me and now I feel like an *ss.

AITA for telling my wife to get the money back?”

Well, that certainly was interesting…

And here’s how folks on AskReddit responded to the man’s story.

This reader said that the man is not in the wrong in this situation and that his wife crossed the line doing this with family money.

Another person said they have experience with MLM schemes and that the man needs to protect his assets and he did nothing wrong in this situation. 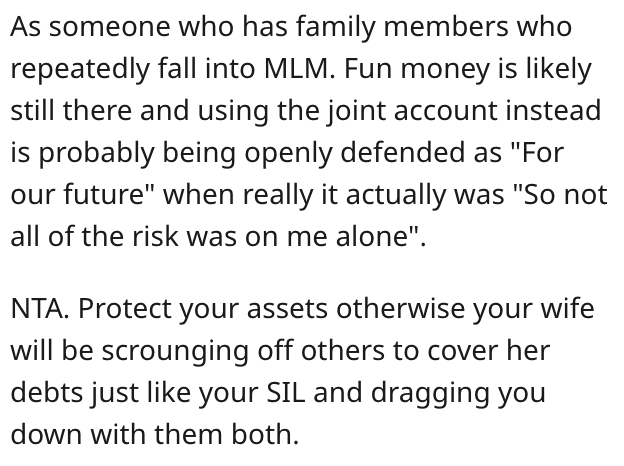 This individual said that they feel bad for the man who wrote the article because it seems like he constantly has to deal with this MLM nonsense from his wife. 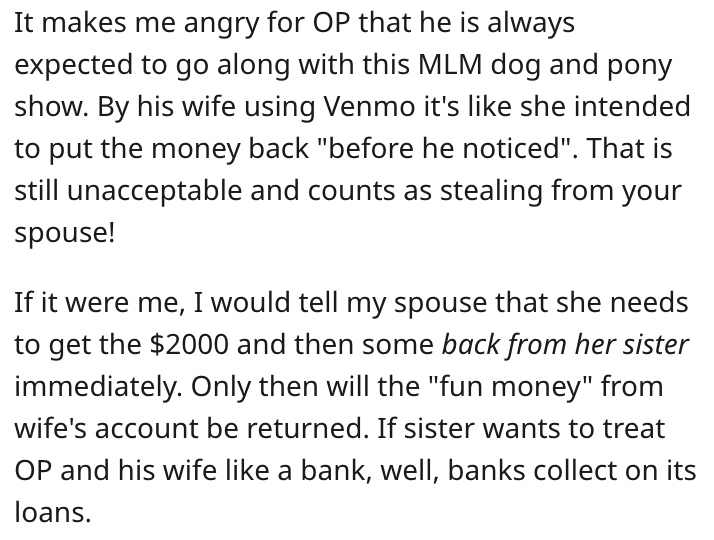 This person said that the man’s wife can do whatever she wants with her own money, but this incident was over the line.

Another reader said that the man wasn’t wrong for saying this to his wife but he has to be realistic about things and realize that he ain’t getting any of that money back, which is a shame. 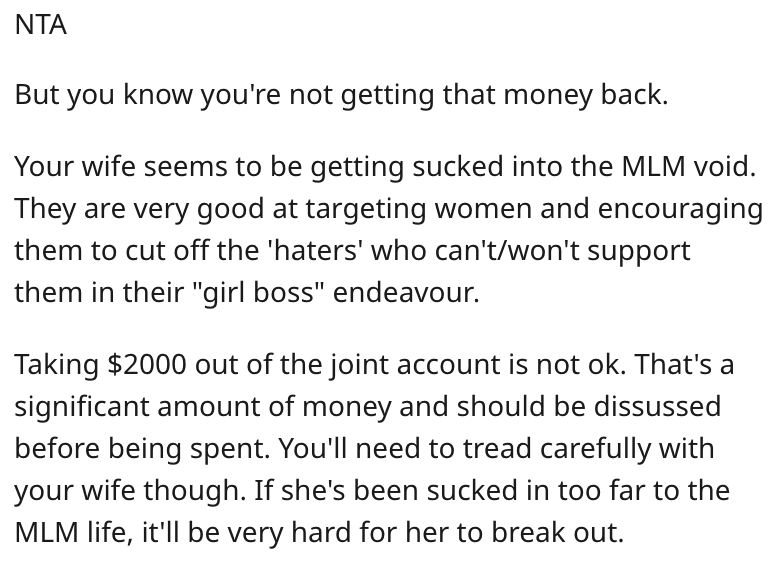 Tell us what you think about what went down here in the comments.