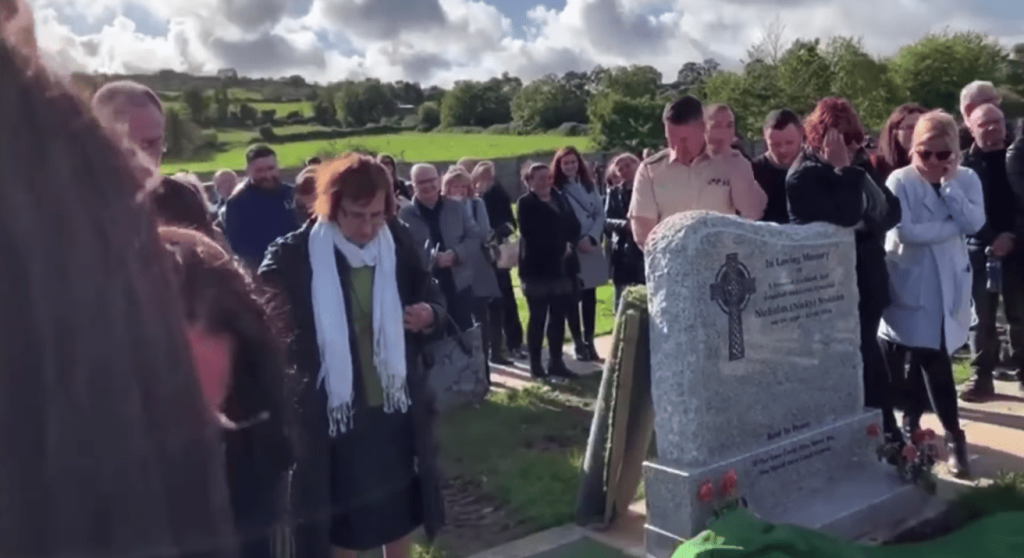 Funeral Crowd Laughs As Dead Man Screams ‘Let Me Out!’ Of Coffin

If the Irish are known for anything, it’s their wit and their ability to find humor in the darkest of situations. And that’s exactly what happened recently at the funeral of a man named Shay Bradley.

As people were gathered around the gravesite for Bradley’s funeral in Ireland, a voice from beyond that sounded eerily similar to the deceased man’s began addressing the mourners: “Let me out, it’s dark in here!”

It took mourners a moment to realize what was happening before they realized that Bradley recorded a message before his death to be played at his funeral as a prank.

Is that the priest I can hear? This is Shay, I’m in the box.

Shay Bradley had been sick for a while and he knew he wanted to prank his family and friends at his funeral.

Bradley’s wife remembered her late husband: “Shay was a prankster, always thought outside the box and wanted to leave his family laughing. He was a larger than life character and sadly missed by anyone who knew him.

Take a look at the video below.

Bradley passed away on October 8 and he leaves behind his wife and four children.

RIP to a man who obviously loved his family and friends very much and had a great sense of humor.