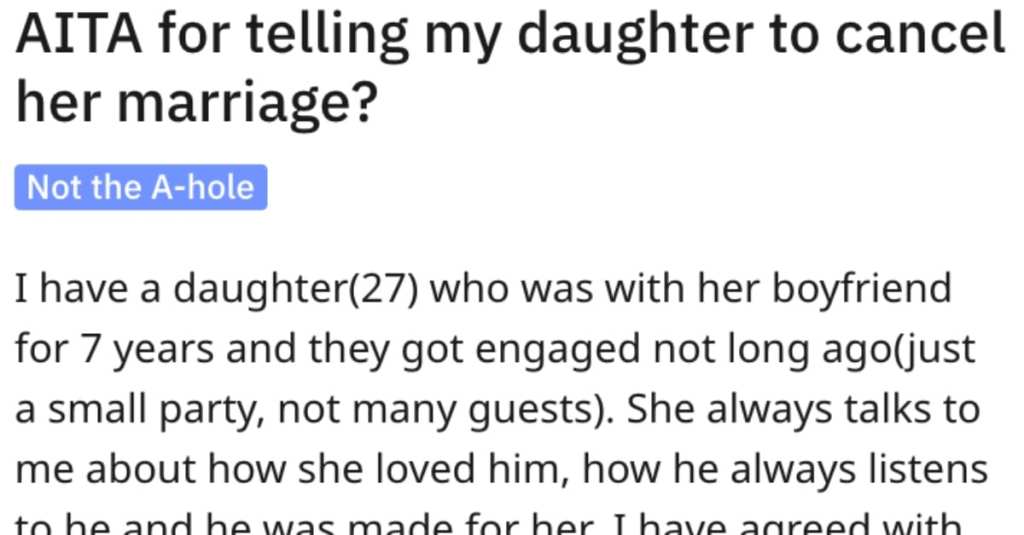 Is It Wrong to Tell My Daughter to Cancel Her Wedding? Here’s How People Responded.

You can’t marry that person!

You might think this kind of thing only happens in movies, but it does happen in real life. And here’s yet another example of it.

A mother shared her story on the “Am I the *sshole?” forum on Reddit to see if she was wrong for telling her daughter that she should cancel her wedding.

AITA for telling my daughter to cancel her marriage?

“I have a daughter(27) who was with her boyfriend for 7 years and they got engaged not long ago(just a small party, not many guests).

She always talks to me about how she loved him, how he always listens to he and he was made for her. I have agreed with her, since I found him to be a good natured man, he was kind and humble and was always respectful to our family.

We’ve met his parents for dinner twice or thrice and they hit me as a little s*xist, asking questions to my wife like “I don’t know why you’re working, isn’t that the husband’s job? It’s the mothers job to be taking care of the children”.

Now that they wanted to make it more serious, they planned a marriage. Anyways we have been planning about the marriage, and one day her boyfriend comes to me and says that his parents want to talk to me. I was going to call my daughter too, but he said that she wasn’t allowed.

I went with him and his parents started talking with me about DOWRY. I was confused and said that there was no dowry and in 2020 who even gives dowry?? But boyfriend and his parents started lecturing me about how necessary it was and how my daughter would be a stay at home wife(my daughter has told me that she wants to continue her dreams so I don’t know what this is).

Anyways they told me that I should give it a thought and told me not to tell my daughter for the time being. However I immediately told my daughter about it, and she started crying saying she didn’t know that her boyfriend was so s*xist. She asked me what she could do now, and I told her that she wasn’t being forced and could cancel her marriage if she didn’t want it.

Well, that is exactly what happened and now her boyfriend and his parents are calling me saying I took away the love of his life etc… On top of that, some of her friends (some were bridesmaids) said that I was an *sshole for breaking up what would’ve been a “healthy marriage”.

But it’s my daughter’s happiness that matters. AITA?”

Here’s how folks on Reddit responded to the woman’s story.

This person said the woman was not wrong and that she “saved her daughter from a life of hell.” Tell us how you really feel… 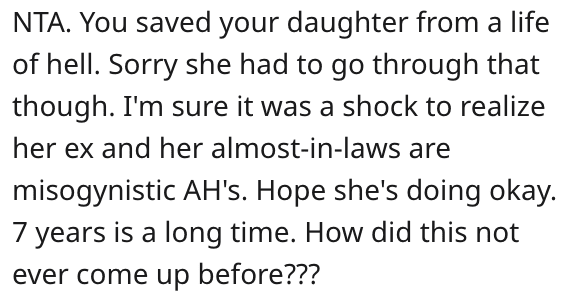 Another reader pointed out that the daughter probably already had major doubts about the whole situation and the wedding. 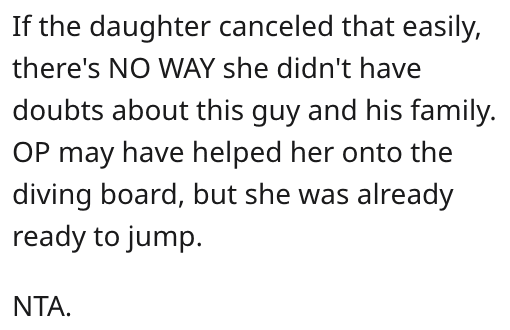 This person remarked that this kind of parenting is what is needed in today’s world.

An individual said that the mother absolutely did the right thing in this situation. 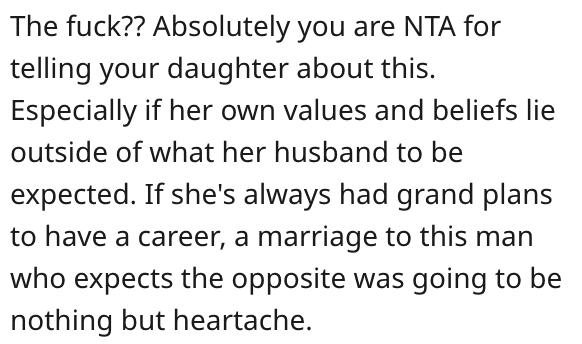 And this response perfectly hit the nail on the head. 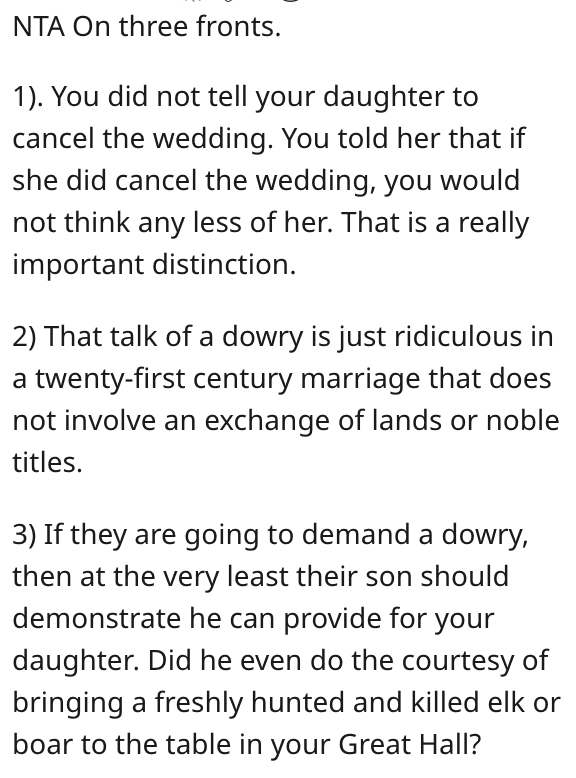 What do you think about this whole thing?

We’d love to get your take on the situation!