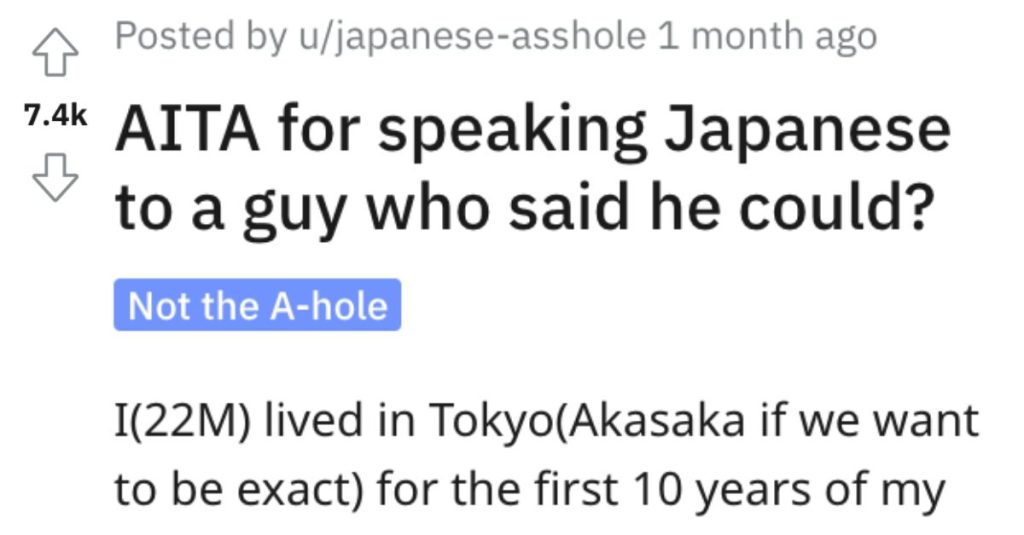 Is This Guy Wrong for Speaking Japanese and Embarrassing Someone? People Responded.

Hey, if someone says they speak a specific language and you know it, too, I say go for it!

Speak away, try to start a conversation, and also try to impress them with your skills!

And that kind of situation, my friends, went off the rails for this young man and now he wants to know if he was out of line.

AITA for speaking Japanese to a guy who said he could?

“I(22M) lived in Tokyo (Akasaka if we want to be exact) for the first 10 years of my life. My parents aren’t from there, my dad is American and my mom is Irish but I was born there, I didn’t go to an international school, I speak Japanese along with English.

Now that the backstory is out of the way I’ll be quick. Recently I started seeing this girl(22F). We’ve made it all official she’s met my family I’ve met her family.

Except for 1 person, her brother(19M) until 3 days ago. I was at her place and her brother comes over to drop something off for their parents and I meet him.

Instantly he says “I heard you lived in Japan for a while? That’s so cool, I’ve wanted to live there since forever, I actually speak Japanese” I instantly got really excited. I mean the only other people I’ve known outside of Japan that can speak the language are my parents and one guy in the US.

So I start speaking to him in it just asking him what interests him about the country and he kind of gets awkward and then leaves.

He says I embarrassed him and that he won’t speak to me unless I apologise to him.

My girlfriend and her parents don’t think I did anything wrong, but I don’t know I feel really bad about it. Maybe I should have actually made sure he spoke the language, but I was just so excited.

But that’s why I’m here, I want an outside persons view, I’ve felt bad for 3 days so I want to ask;

One reader said this guy is NTA…and that he should apologize in Japanese. 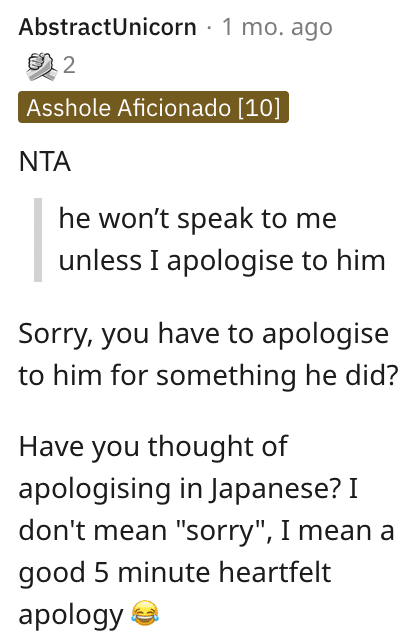 Another reader offered up a suggestion for a non-apology he can use. 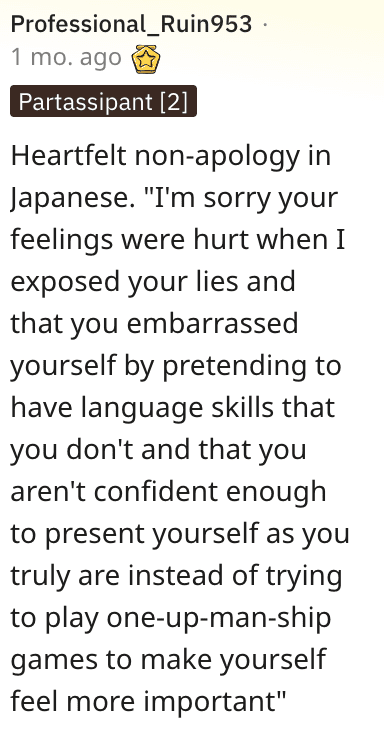 And a Reddit user said this other guy should have appreciated this if he really wants to live in Japan. 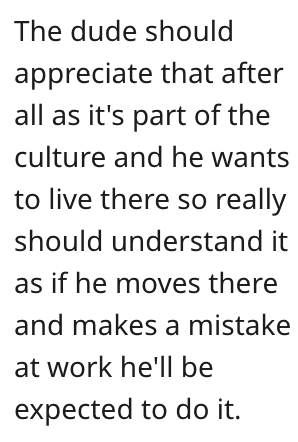