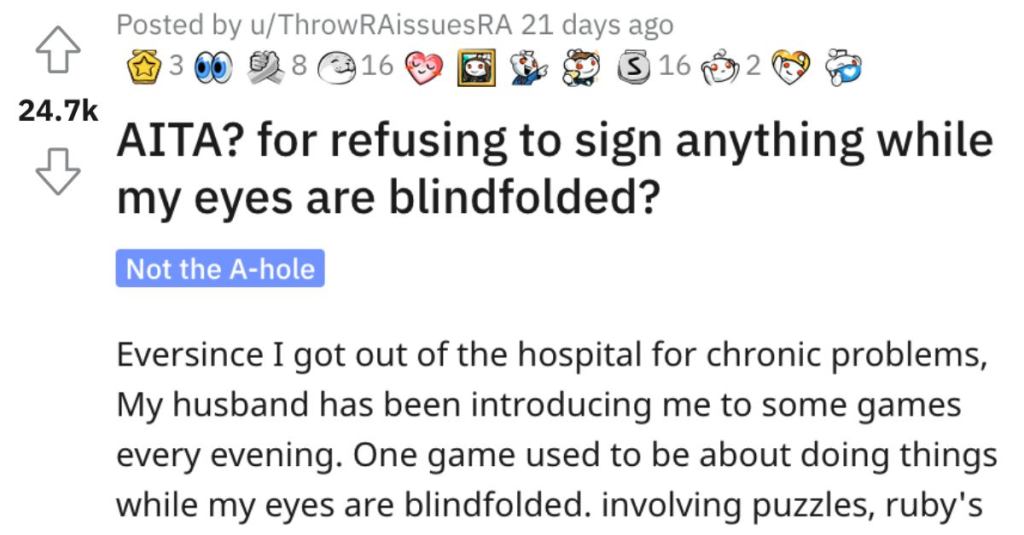 Is This Person Wrong for Refusing to Sign Anything While Blindfolded? Readers Weighed In.

I have a question for pretty much everyone out there: why would you sign ANYTHING if you were blindfolded?

And this person wants to know if they’re an a**hole for refusing to do such a thing.

AITA for refusing to sign anything while my eyes are blindfolded?

“Ever since I got out of the hospital for chronic problems, my husband has been introducing me to some games every evening.

One game used to be about doing things while my eyes are blindfolded. involving puzzles, rubik’s cube, shaped objects etc…. We’d take turns to do it just for entertainment.

Just a couple of days ago, he’s been trying to get me to sign papers while wearing a blindfold. I refused to do it because he never lets me take a look at what I’m signing neither before or after.

He says that he was just trying to see if I could leave the same signature every time I sign but I couldn’t help feel uncomfortable. I told him I don’t want to play this game unless and until he shows me the papers first, he said “nevermind then” and stopped bringing it up.

Last night, he tried to convince me to give it a try and even volunteered to go first, I asked if he was going to show me what I was going to sign and he made a face and said no, it’s the rules and I should respect them. I refused and he kept on about how I keep acting worried and suspicious for no reason.

He said I clearly don’t trust him and he was hurt by finding that out now after everything we been through. We had an argument and I told him to drop it and not bring it up again, period.

He was mad despite saying it was no big deal, he was obviously upset with me and kept talking about how I don’t trust him and that I was out of line to assume or suspect anything from him like this.

I might be paranoid but I couldn’t help it. I do think I was TA to him after he stood by my side when my own family didn’t even visit.”

Now check out what Reddit users had to say about this.

This reader said that this woman is definitely NTA. 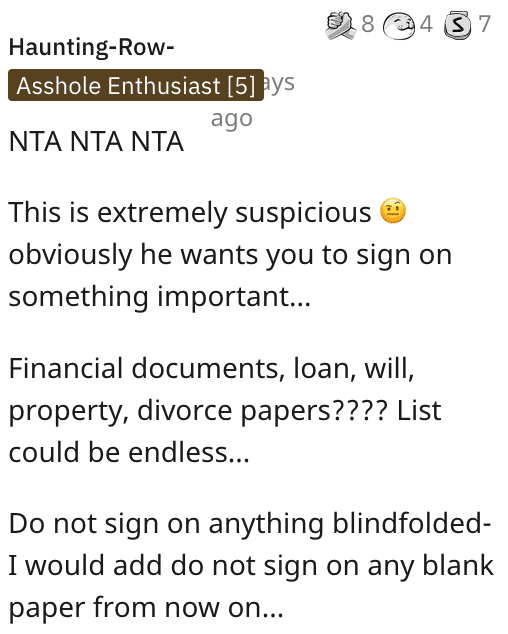 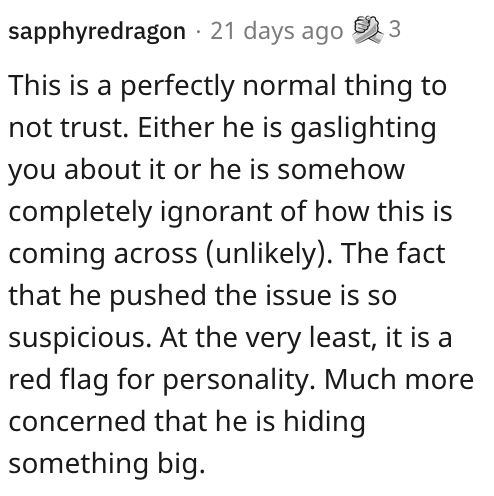 And another individual argued that this guy might be trying to pull a fast one…better keep your eyes open. 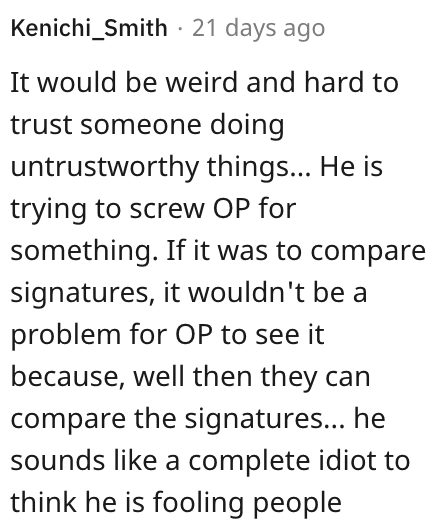