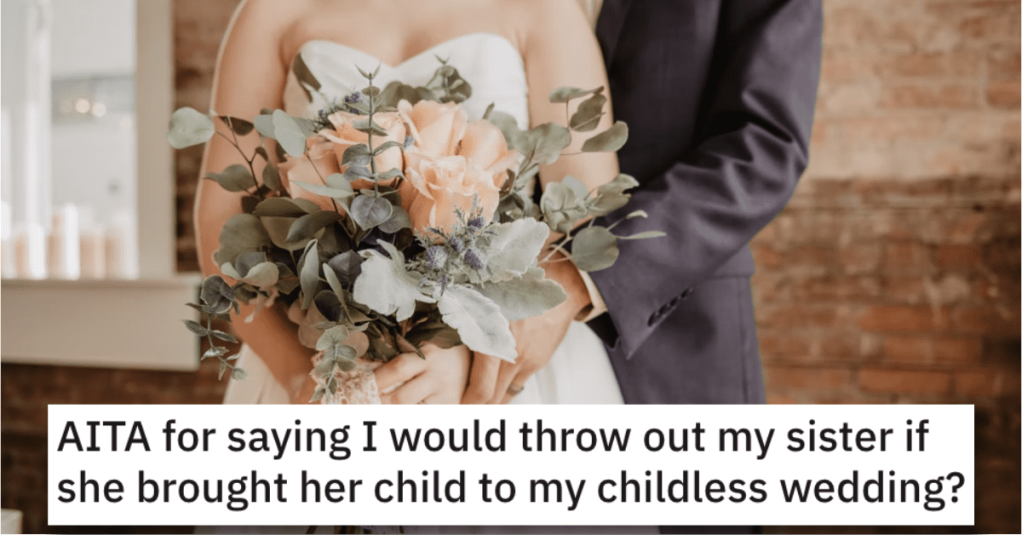 I gotta say, I think that everyone should be able to set the rules when it comes to their wedding…even if that involves not allowing kids to attend.

But, as you can probably imagine, that kind of stuff usually leads to some bad blood.

Check out this story and see if you think this woman is wrong for wanting to have a childless wedding.

AITA for saying I would throw out my sister if she brought her child to my childless wedding?

“Okay, I need a sanity check to see if I’m being a bridezilla here.

Our wedding will be in early 2023, but we already “warned” our family that we don’t want children there. We brought that up over the holidays and nobody complained back then. We haven’t made official invitations yet either, but we wanted the info out as early as possible.

Last week I was at my parents house and my sisters were there too. Sister 1 asked me if my one niece might come along, since she will be over 16 when the wedding takes place (where we live that’s also the legal drinking age).

Since I think that my niece would be able to partake in the wedding mostly like an adult (aka staying there late, eating her food, don’t start to cry or run around randomly, have a toast with us), I said that she can come along.

Sister 2 just laughed at this and basically just said “Yeah as if she can control if you can bring your child” and said she would bring her son (5 now) as well. I told her that I don’t want children there and she just said that I can’t stop her.

I answered that if she will just randomly bring her child we will just send her away and not let her in. She called me a bridezilla for that, and some insults and basically just left.

My mom said that I should let my nephew come too, just for peace’s sake. But it’s the wedding of my fiancé and me, and we don’t want children there. Am I being a bridezilla for wanting that?”

This reader said this woman is definitely not the a**hole in this story. 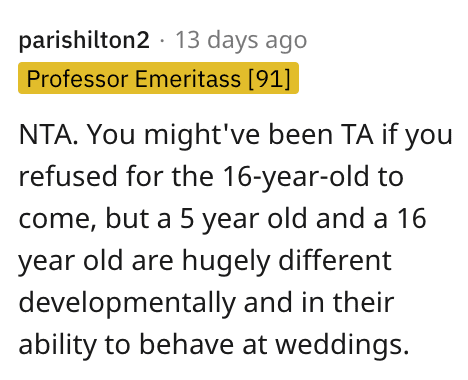 And another Reddit user added that she’s not a Bridezilla. It’s her wedding! 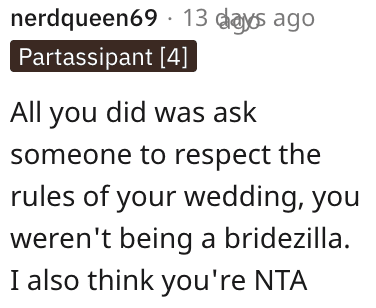 And this reader asked why she’d even want to bring a kid that young to a wedding where there wouldn’t be any of kids to play with. 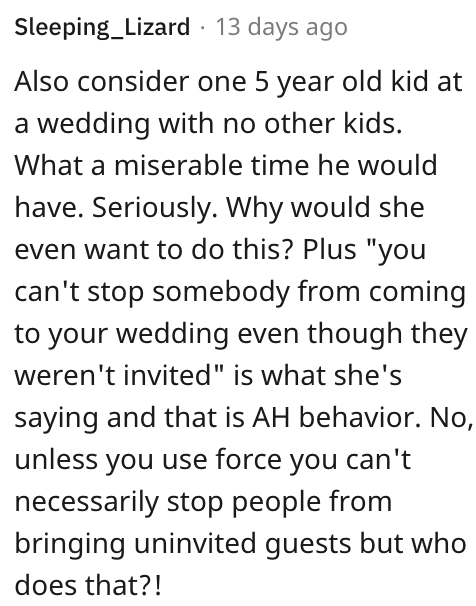