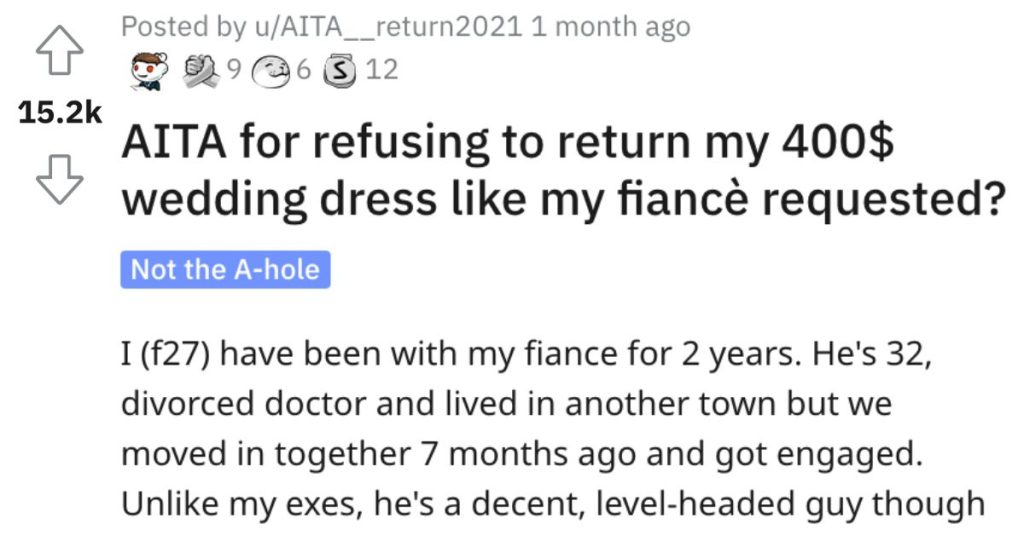 Is This Woman a Jerk for Refusing to Return Her Wedding Dress? People Responded.

Well, this fella sounds pretty inconsiderate, if I’m being honest…

But now it’s your turn to dig in to this story from Reddit’s “Am I the A**hole?” page and decide whether you think this guy was a jerk for demanding that his fiancée return her wedding dress.

AITA for refusing to return my $400 wedding dress like my fiancèe requested?

He’s 32, divorced doctor and lived in another town but we moved in together 7 months ago and got engaged. Unlike my exes, he’s a decent, level-headed guy though he can be a bit overdramatic when it comes to financials.

Growing up I’ve always dreamed of what my wedding dress will look like. I went wedding dress shopping with friends although my fiance wanted to go with me like he always does but of course he couldn’t. I purchased a really really nice wedding dress that I instantly fell in love with.

It is perfect in every aspect and it only cost $400 that’s a great deal since wedding dress tend to be expensive here. When I got back and was so thrilled my fiance asked to see it then asked how much it cost. When I told him he was in dismay and started complaining saying I wasted that much money on a colorless dress that I’ll wear for just few hours and should’ve bought a 150$ dress or less.

I said no wedding dresses are huge deal to every bride. He argued about how weddings and everything that come with them are just part of the laws our society keeps enforcing on us and that only smart brides save money instead of blowing it all on… a dress.

I replied that I didn’t appreciate how he belittled my joy with the dres and he said he didn’t think he is entering a marriage with a financially responsible woman which is a huge problem and demanded I fix my mistake and return the dress and get a cheaper one asap.

I said that was ridiculous since I worked and paid for the dress with my money and also I care about the type of wedding dress I want to wear in my big day and every bride want to look their best in their dream wedding dress he obviously has no idea.

He laughed at me asking if I was even listening to myself talking like a spoiled 16 year old about her “future dream wedding”. He said I was wrong for not consulting him about the dress before buying it otherwise we wouldn’t even be having this discussion.

Long story short I refused to return it and he pitched a fit calling me irresponsible and childish for being okay with blowing that much money on a dress even though we’re doing well financially but he was having none of it. He left after saying I have xyz days to return the dress and we’ll talk.

He texted saying he doesn’t understand how I’m choosing a dress over him and acting inconsiderate of his feelings since he’s the one I’m marrying and not the Godd**n dress.

He hasn’t talked to me since then and keeping redirecting my messages and calls.

One reader user had a pretty good point about this guy…

And this Reddit user had A WHOLE LOT to say about this story. 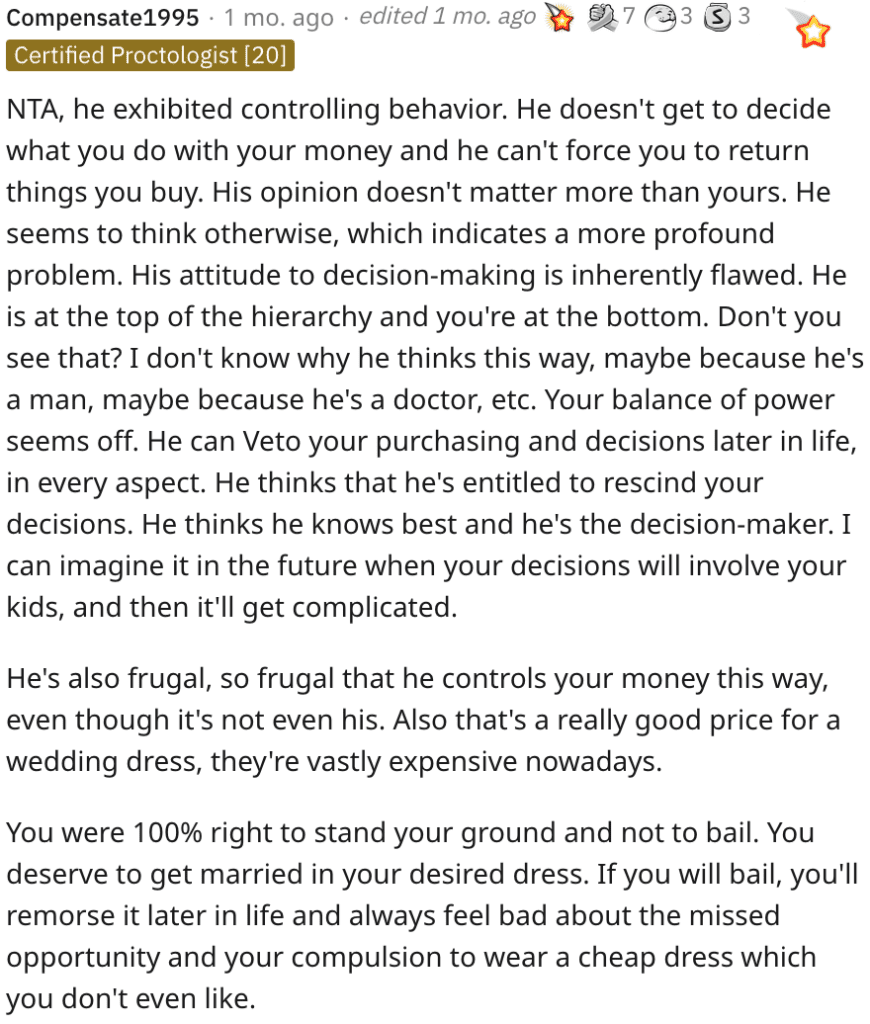 And another individual said that this guy sounds clueless about everything relating to weddings overall. Agreed! 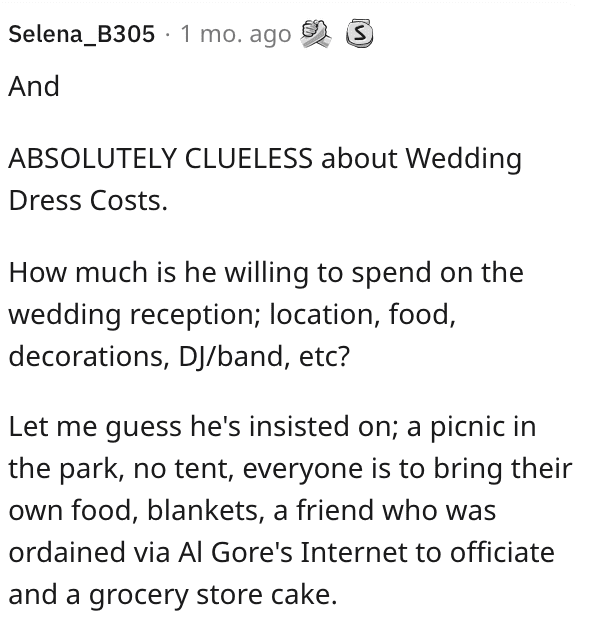