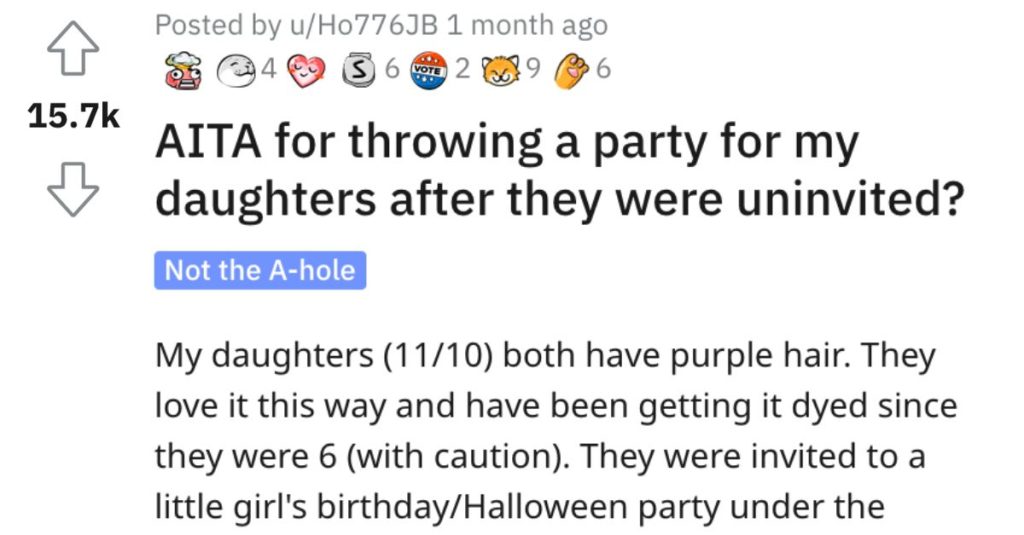 Nobody likes a one-upper.

But is the story you’re about to read from Reddit’s “Am I the A**hole?” page a case of one-upmanship or just a parent going above and beyond for their kids.

Read on and you can be the judge.

AITA for throwing a party for my daughters after they were uninvited?

They love it this way and have been getting it dyed since they were 6 (with caution). They were invited to a little girl’s birthday/Halloween party under the condition they have their hair dyed a natural color. I asked why and the mother insisted their hair would take away from birthday pictures cause they’d draw attention.

I asked if my daughters could just not be in the pictures and she said there’s no way to guarantee that and to either dye their hair a “normal” color or they can’t come. I said fine (this was like October 8th maybe the 9th) so I decided to throw a party for my daughters on Halloween since they won’t be able to go to that one and invited her classmates (the girl was in a completely separate class).

We had the party; cake, bounce house, candy piñata and all that cool jazz. The girls had a blast and I posted a few pictures online.

Apparently this was the wrong move cause the little girl’s mother saw my post and asked what right I had to steal her daughter’s moment from her. Her daughter saw the pictures and was upset she didn’t get to come to the party because they didn’t have the things we did.

Her mother said I was an a**hole for one upping her just because my kids couldn’t come to their party and that if I really wanted them there I would’ve just dyed their hair.

This reader said that even though the mom isn’t technically wrong, this does feel petty. 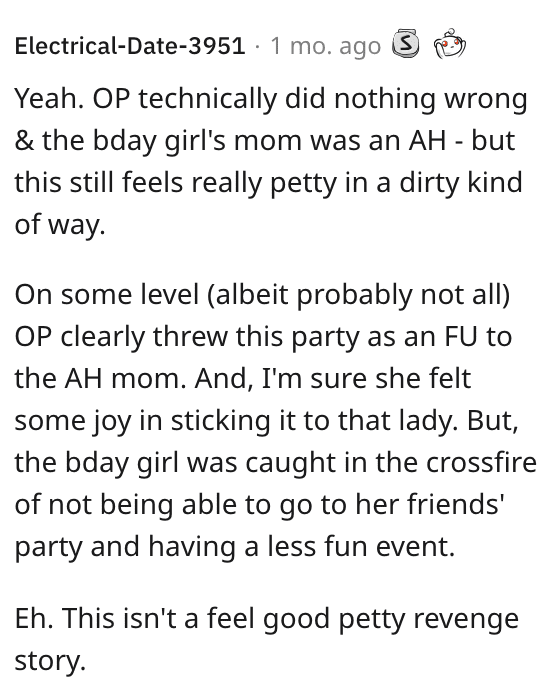 And another individual said that this mom didn’t do anything wrong. 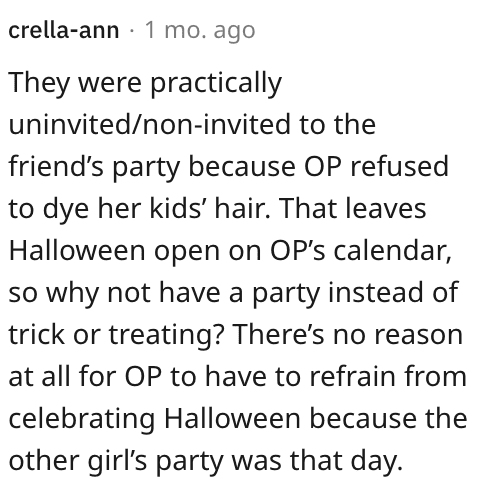 One Reddit user said that this girl was also from a different class, so maybe it isn’t such a big deal? 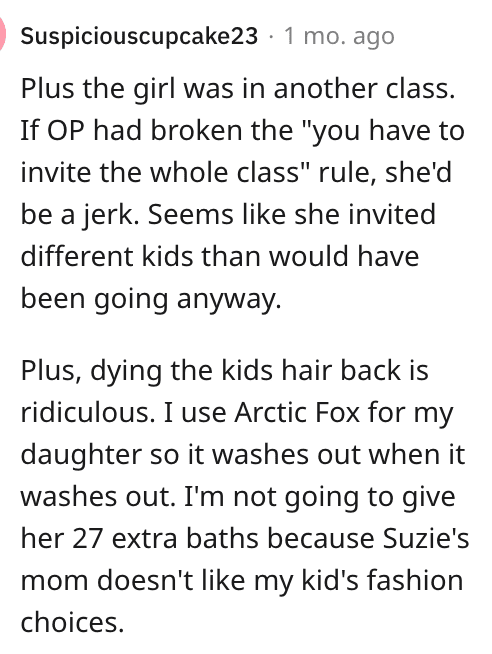 Finally, this person said that this mom actually taught her kids an important life lesson. 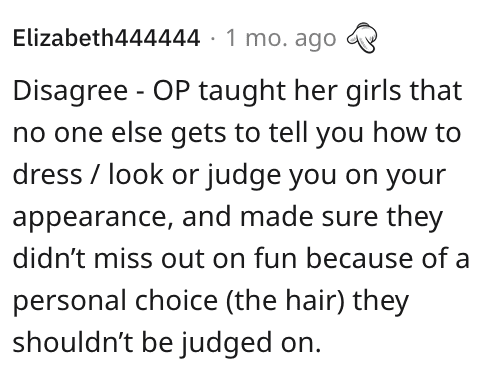 Do you think this parent acted like an a**hole?