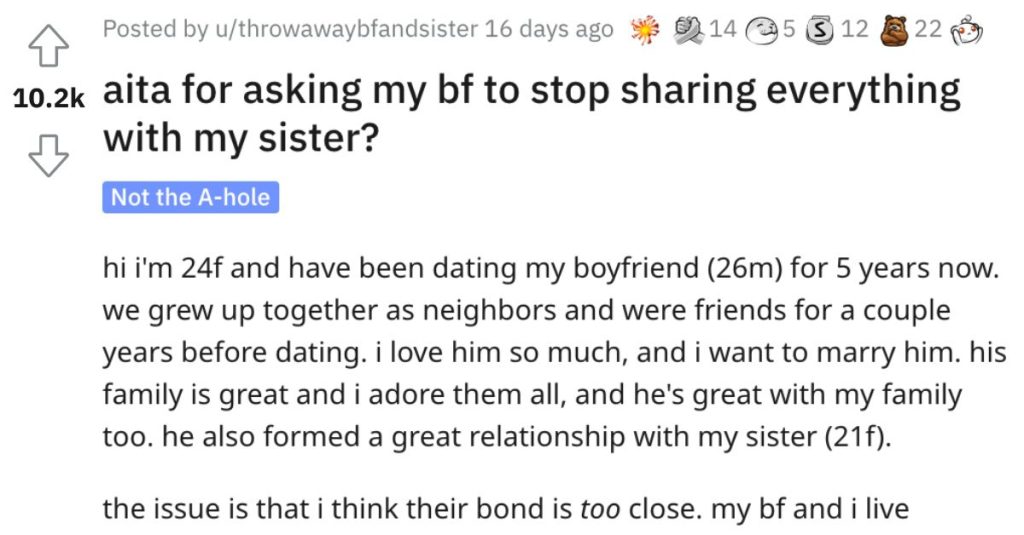 Is This Woman Wrong for Asking Her BF to Stop Sharing Everything With Her Sister? People Responded.

It’s great when your significant other gets along with your family, but what if you start to get the feeling that it goes too far?

A woman asked readers on Reddit’s “Am I the A**hole?” page if they think she overreacted to a situation involving her boyfriend and her sister.

AITA for asking my BF to stop sharing everything with my sister?

“Hi I’m 24f and have been dating my boyfriend (26m) for 5 years now. We grew up together as neighbors and were friends for a couple years before dating.

I love him so much, and I want to marry him. His family is great and I adore them all, and he’s great with my family too. He also formed a great relationship with my sister (21f).

The issue is that i think their bond is too close. My bf and I live together, but he spends a lot of time with her. Albeit I am sort of busy, I’m currently in grad school for engineering so iIhave to go to my classes. My bf works full time. My sister is currently “taking a gap year,” but that one year has extended from when she was 18.

She comes over when I’m in seminars/classes. They have tons of inside jokes and share the same sense of humor and taste in movies. It makes me feel left out, but when I try to include myself they both stop being so enthusiastic and act like it’s super awkward to have me there.

My sister and I were close growing up but started drifting when I went to uni. When my bf isn’t there and I talk to her, she becomes kinda cold and sometimes says rude things. Once she told me to my face that I’m not good enough for him and that he deserves better (which made me cry for a couple days).

He also gets her gifts for the most random achievements (like he got her a present for “making it through the week” even though she doesn’t do anything (she isn’t currently working or trying to pursue a hobby or interest, she’s just “taking it easy” (her own words))).

Don’t get me wrong, I’m glad my bf and my sister are friends, but my major problem is that my bf tells her everything. Literally everything. He tells her things he doesn’t tell me, and talks to her about me and our relationship. She knows all our issues and good parts, to a level of detail that I wouldn’t even tell my closest friends or parents.

She even knows the grades i got on my midterms/finals and what I think about my manager (I work part time to contribute to our apartment – but I also get paid for my research which goes towards our needs as well), Which I feel is unnecessary for her to know since i didn’t tell her myself.

I asked him to step back a bit and stop telling her things about me and our relationship but he was shocked and told me that i’m an a**hole for even requesting it.

Now I feel guilty, so AITA?”

And here’s what Reddit users said about this story.

This reader said that this is definitely an emotional affair…at least for now. 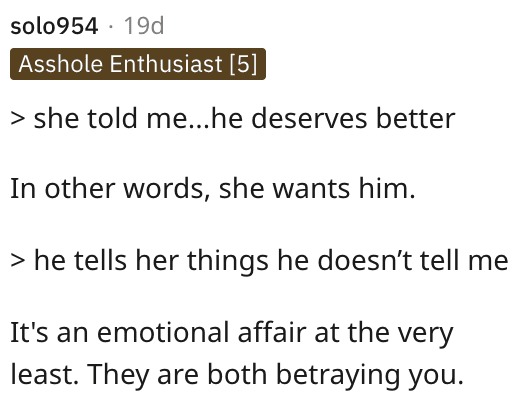 Another person said that it’s only a matter of time before these two jump into the sack together. 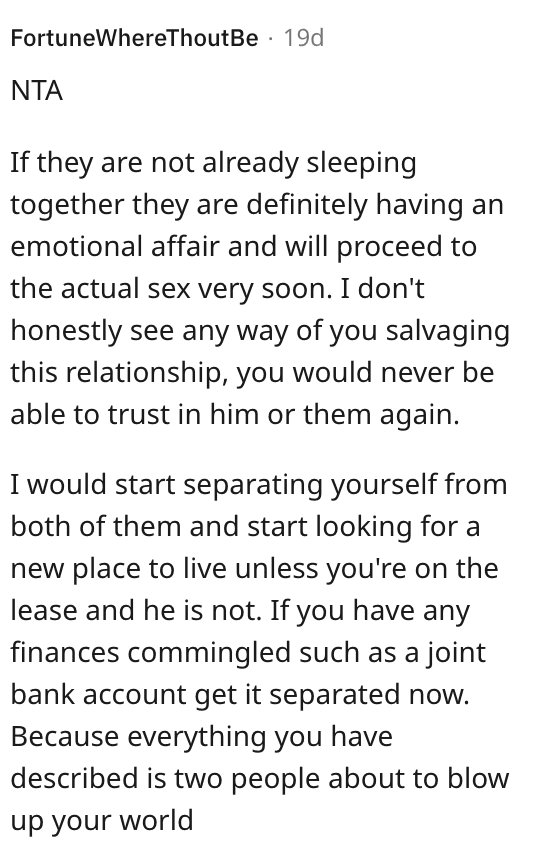 This individual argued that the sister and boyfriend are invested in each other and this is not a normal sibling relationship. 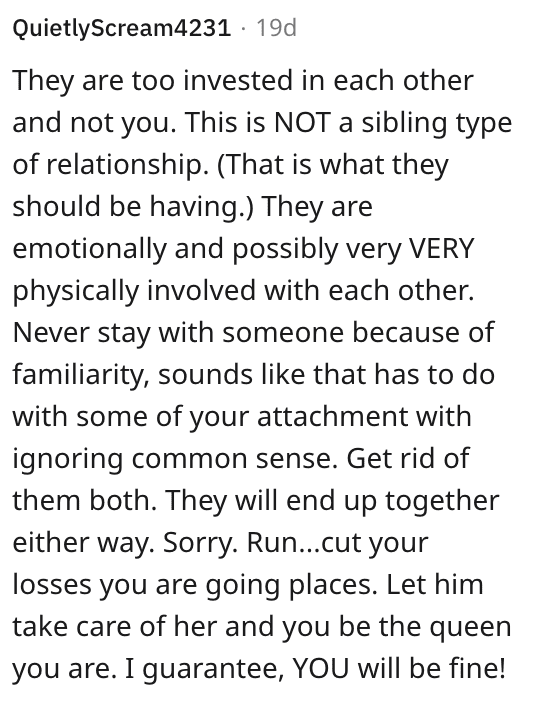 And lastly, this Reddit user said that there needs to be some serious boundaries put into place in this situation. 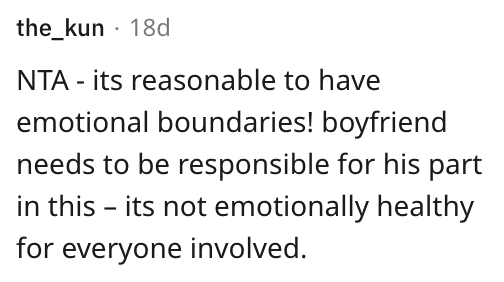 Or is she justified in what she said?