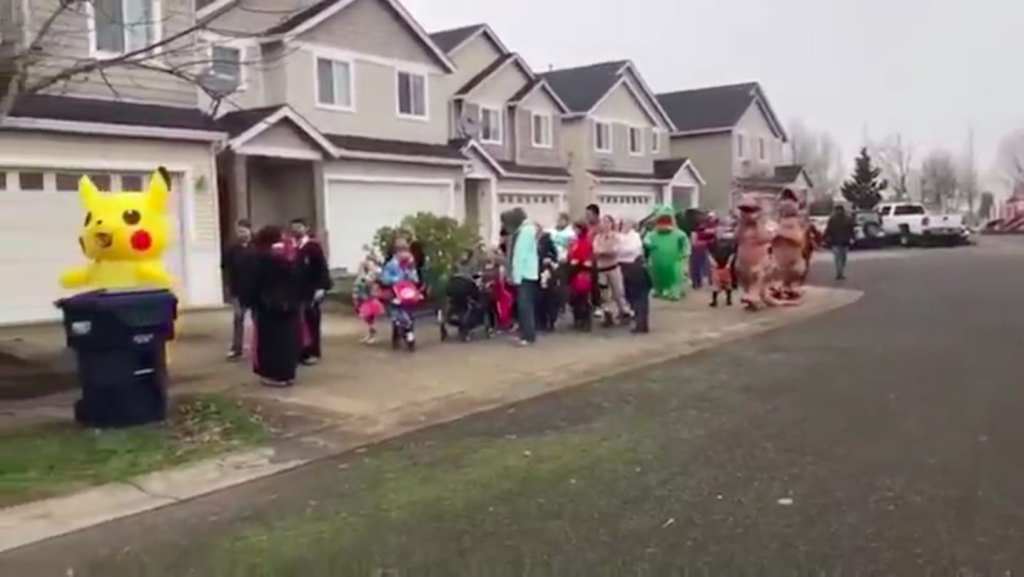 Kid Gets Bullied for His ‘Pikachu’ Costume, So Community Organizes a Costume Parade in His Honor

Somewhere in Oregon, there is a little boy who regularly wears an inflatable Pikachu costume around town, which is frankly pretty amazing. Unfortunately, not everyone sees it that way. The little boy was cruelly bullied by his peers for the costume.

The boy’s mom posted about the bullying in a Facebook chat group, and local auctioneer Paul Thompson saw the post. He had a brilliant idea: to organize a costume parade in support of this Pikachu lover. 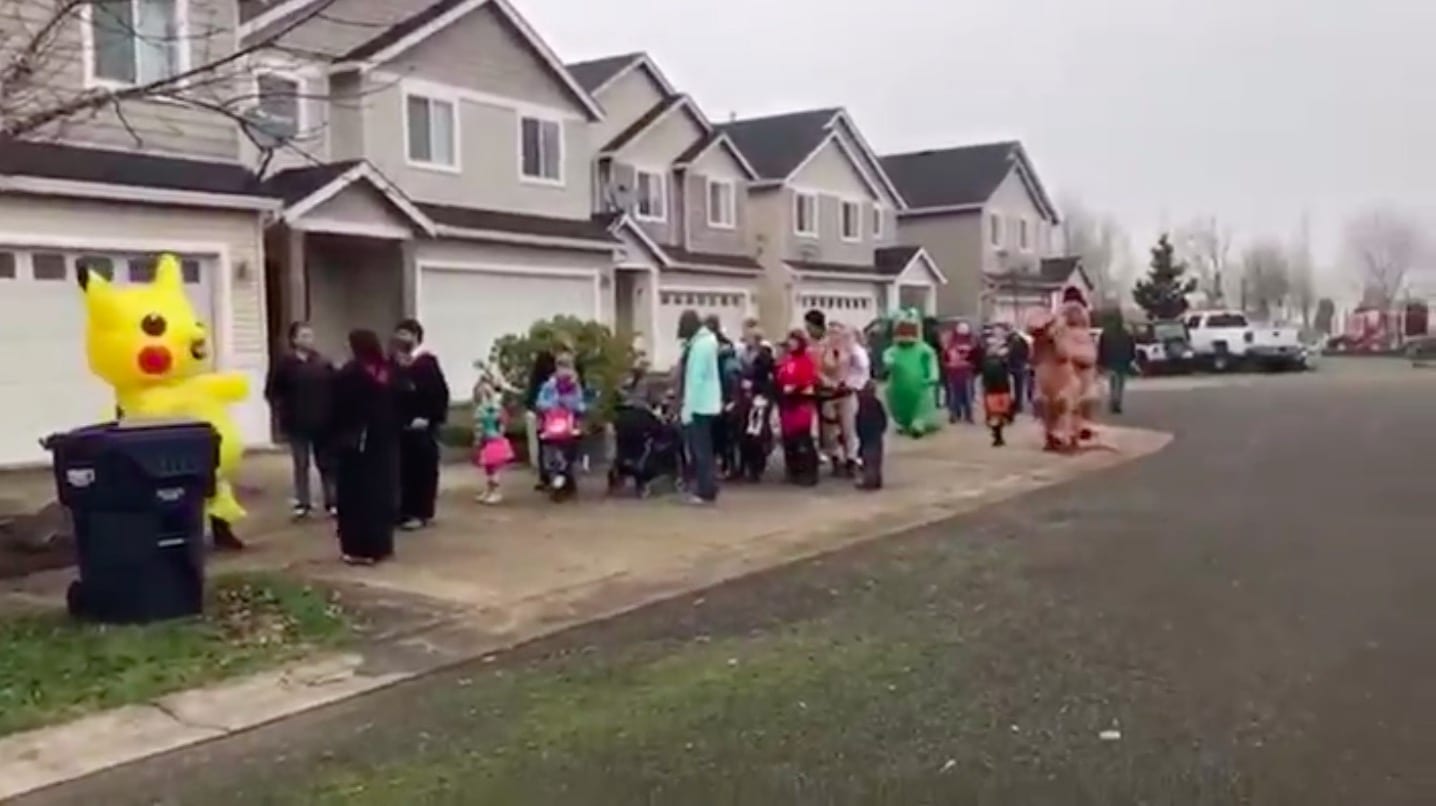 “It was really a feel-good moment,” Paul told the Statesman Journal.

Paul posted an open invitation to the community to participate in the parade, and over 50 supporters showed up. Pikachu himself led the paraders through the town. They were dressed up as Spiderman, a Ninja Turtle, a Tyrannosaurus Rex, a Hogwartz wizard, and more – with many plain-clothed supporters tagging along.

The parade ended at McDonald’s, where Paul bought $65 worth of Happy Meals and ice cream for costumed paraders. 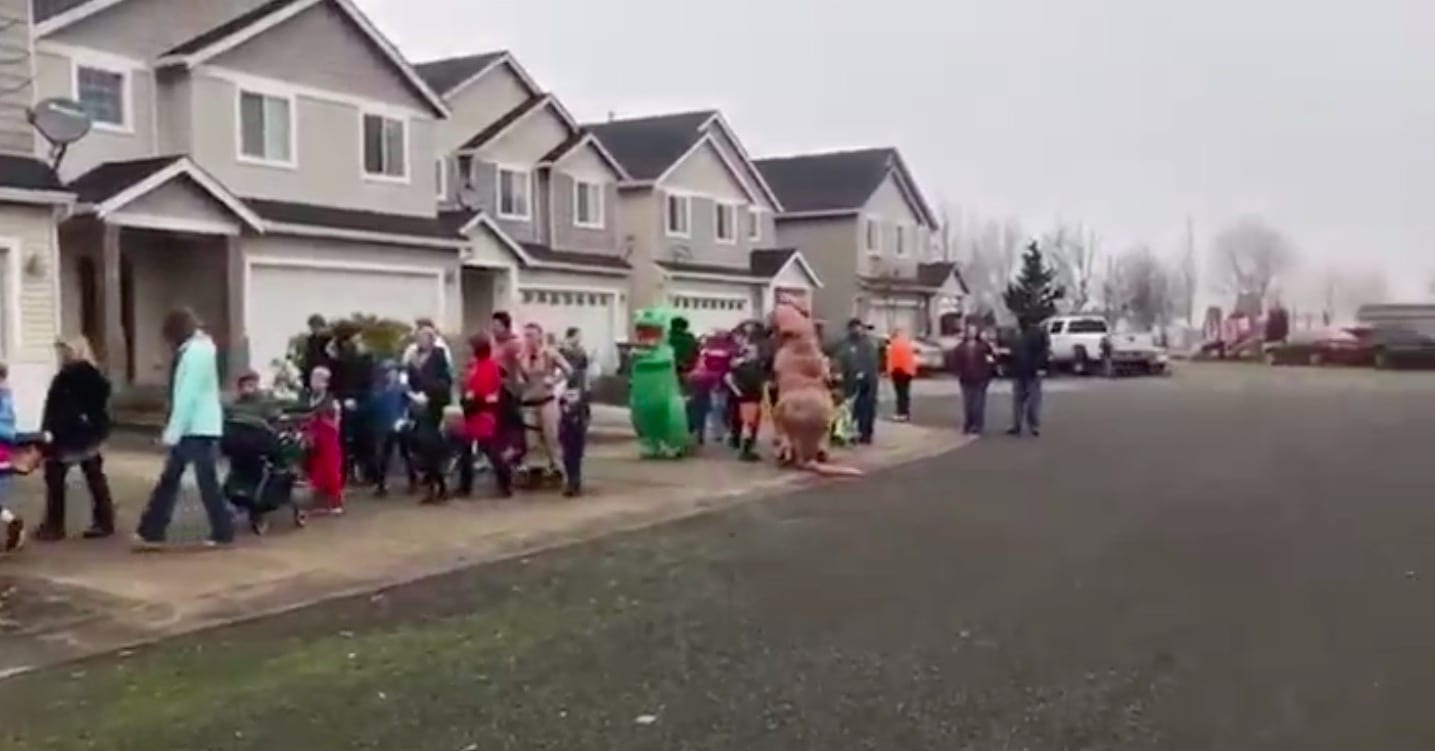 It was the least that Paul could do for the little boy, whose Pikachu suit includes a battery-powered fan that keeps it inflated.

“I can’t stand a bully,” Paul said. “Bullies come in all ages and sizes.”

Now, where can one buy an adult-sized Pikachu costume?