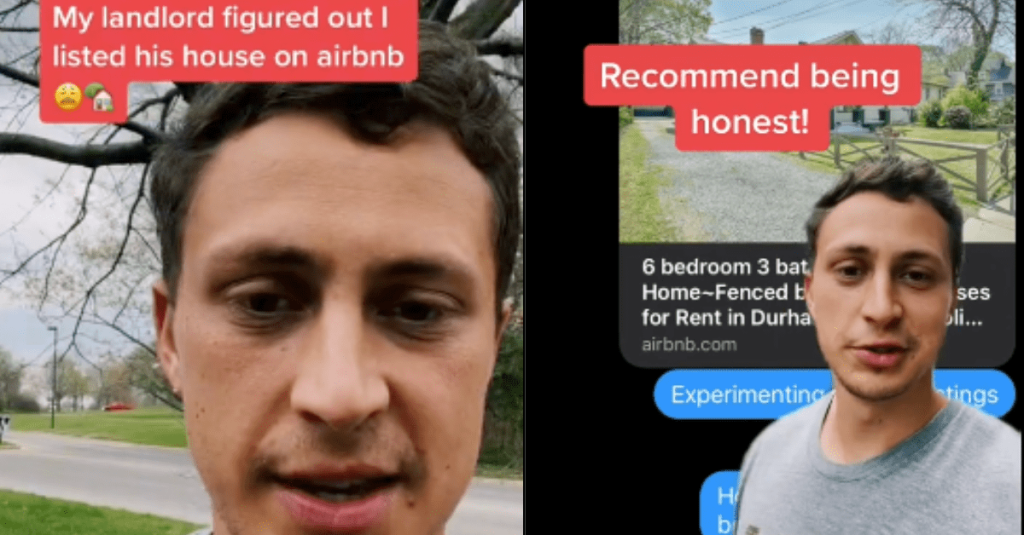 Landlord Found Out a Tenant Was Listing Their Rental on Airbnb

I’ve heard a lot of horror stories about Airbnbs lately…

Stories like people renting a place for a weekend and then throwing a huge party and trashing the place and disrupting the whole neighborhood.

And a friend of mine who was recently living in an apartment complex on the third floor told me the folks who lived above were renting out their place in the building as a rental so loud people were coming and going at all hours.

But this one is a little bit different and it got some people talking on TikTok.

A man named Jeremy Werden posted a video to TikTok where he admits to a scheme he has going on where he’s using the house he rents from his landlord as an Airbnb to make extra money.

And, surprisingly, the landlord was totally cool with it.

Here’s what folks had to say about this on TikTok.

This viewer was pretty clear about what they think of the situation.

And this person said he’d get evicted if he lived in their building.

This TikTokker said he should be feeling lucky right about now.

And this person said this might even backfire on this guy.

Maybe he should have kept it a secret!

Now we want to hear from you. What do you think about this story? Is this guy sketchy or is this no big deal?