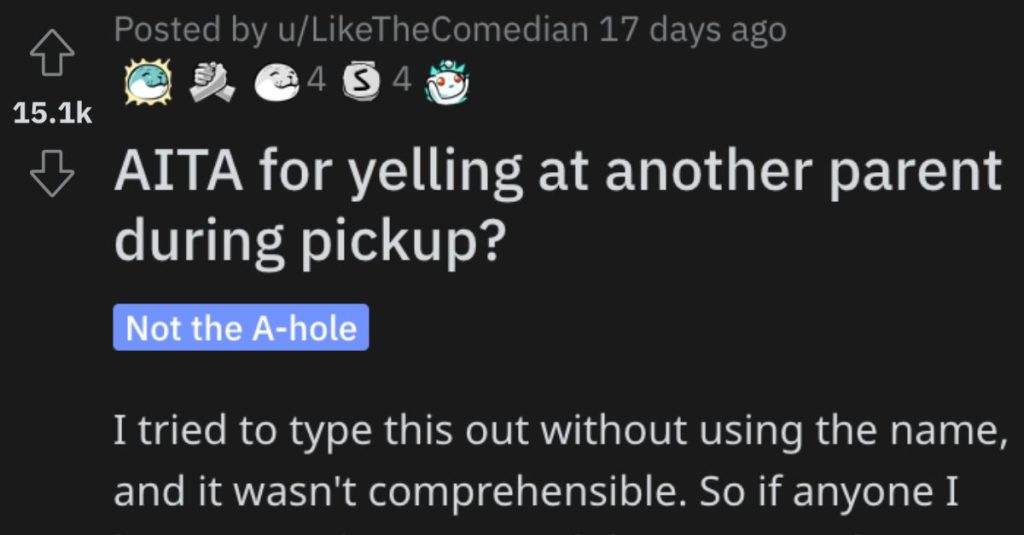 Man…things can get heated in the pickup lines at schools, huh?

And just so we’re clear here, I’m talking about the PARENTS acting crazy.

So did this guy go too far when he yelled at another parent when he was picking up his son?

Check out the story below and see what you think.

AITA for yelling at another parent during pickup?

“I tried to type this out without using the name, and it wasn’t comprehensible. So if anyone I know sees this, no you didn’t. Here’s what happened.

My son’s name is Robin. It’s just those five letters. It’s not a nickname. The mom of one of the kids in his class is convinced his name is Robert. She volunteers at pickup. I’ll drive up and she’ll go to get my son yelling “Robert, Robert!”

Now, the first few weeks I brushed it off because learning the names of a bunch of different kids is hard. I would just tell her when she came back over with my son “actually his name is Robin.”

I’ve said this almost every single day for over a month now. Last week I saw her at a school function and went up and introduced myself and basically said “I’m Robin’s father. You might recognize me from pickup. By the way, his name isn’t Robert.”

Her response confounded me. She said Robin is a girl’s name (it’s unis**, but it’s way more common for boys, so what??) and not a good nickname for Robert, so she’ll call him his real name instead. I tried to correct her, since Robin isn’t a nickname, but she wandered away. The next time she walked up to my car I got annoyed and said “I’m here for Robin. R O B I N.” She did it again.

On Friday, when she called my son Robert, I asked her what her problem was in a very loud voice. I shouted loud enough that a teacher ran over. The volunteer mom ran away, and I tried to explain. The teacher looked at me like I had three heads and said she would go get my son. I got an email later asking me to come in Monday for a meeting.

I don’t know how to approach this. Should I apologize for yelling? Should I demand an apology for the constant disrespect? Should I ask the mom not be allowed to volunteer anymore (or at least not get my son)? I feel like I tried to be reasonable, but maybe I was too sensitive?”

Check out what folks on Reddit had to say.

One person said the other parent is trying to push their gender bias on this guy’s son. 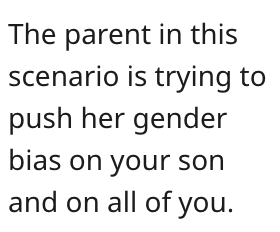 And another Reddit user made a good point…you’ve never heard of this name for a boy before? 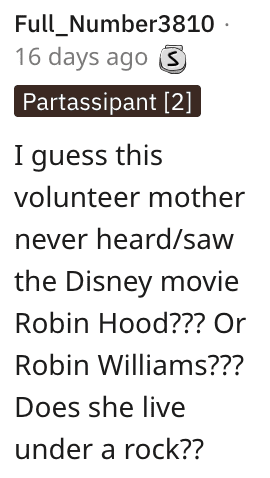 This reader said he’s NTA and that this parent was acting like a b**ly. 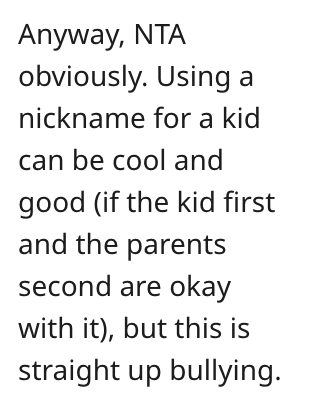