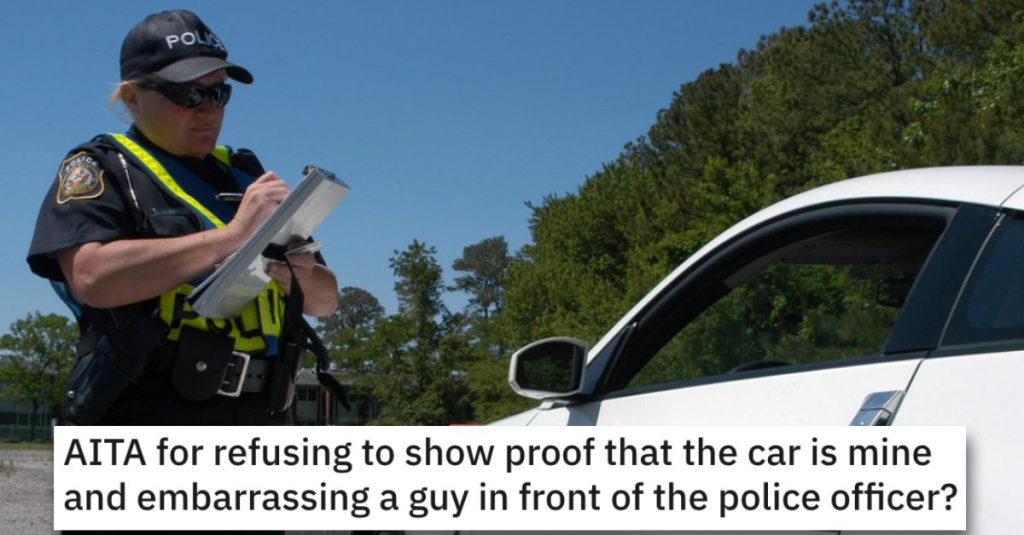 I guess everyone needs to be put in their place and embarrassed from time to time, but what happens when you go out of your way to embarrass someone in front of the police?

Well, we’re about to find out…and now this guy wants to know if he acted like an a**hole for what he did.

AITA for refusing to show proof that the car is mine and embarrassing a guy in front of the police officer?

My dad has a GTR that my Gran gave him a few years ago, that car is sick as f**k, he also has a normal car that he drives to work so the GTR is more for fun and show off, my bro and I love that car and my dad lets me drive it whenever I want, he even added me to the insurance when I turned 19 because I used the car almost everyday until I was able to buy my own.

Last week I noticed Scott a bit sad and he said that some kids were bullying him, our parents went to his school to talk to the principal and the problem is somewhat fixed, but he was still bummed, so I decided to surprise him yesterday by picking him up in our dad’s car.

I parked the car and got out to wait for him, I was sitting in the trunk when a guy approached me and said that I shouldn’t sit in other people’s car, I laughed it off and said that it was mine so it wasn’t a problem, I must admit that I do look younger than 20 so he might’ve mistaken me for a high schooler and didn’t believe me, he said that the car couldn’t be mine and that I should go down before the owner got back.

I said that it was my car again and he got mad and said ”look son, this isn’t your car, get down, I’ll even take a picture or two of you with it”. I was getting nervous, and when I get nervous I tend to laugh so he thought I was mocking him and yelled at me to get down that if the car belonged to me to show him proof, then he yelled that I was trying to steal the car.

I asked him to leave me alone because I was waiting for my brother and he did moved a few meters, but then I noticed that he was making a call and it tuned out that he called the police on me! My brother was getting out at the same time, he was really happy to see me there in our dad’s car and ran to hug me, I tried to pick him up to get him in but the guy stopped me. I mean, I opened the door! It was obvious that the car was mine at that point.

Either way, the police came and asked the normal questions, I explained them that it was my dad’s car (and the guy said JA! I knew it wasn’t yours), I showed them proof; my license, my dad’s papers, the insurance paper with my name on it and even a text with my dad where I said ”hey, I’m gonna pick up Scott in the car” and he only answered with an OK.

I offered to call him so they could ask him themselves but they said there was no need. The police let me leave and scolded the other guy. Before driving off the guy called me an AH because I could’ve just show him all of that but I preferred to be ”a d**k”.”

This reader said this guy is NTA and that this other fella should have minded his own business. 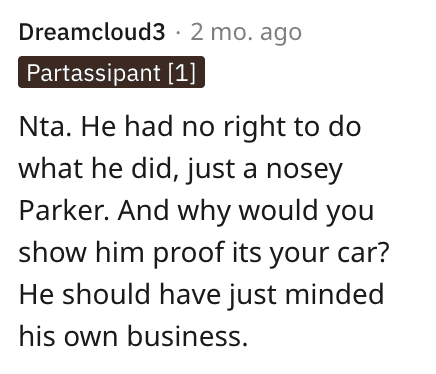 And this individual said this guy got what he deserved for trying to be a wannabe cop. 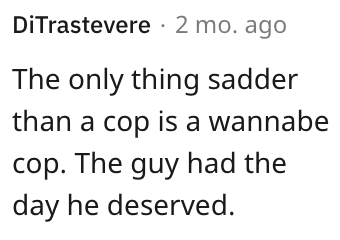 This Reddit user said this guy is NTA and you should never show anything with this much personal info on it. 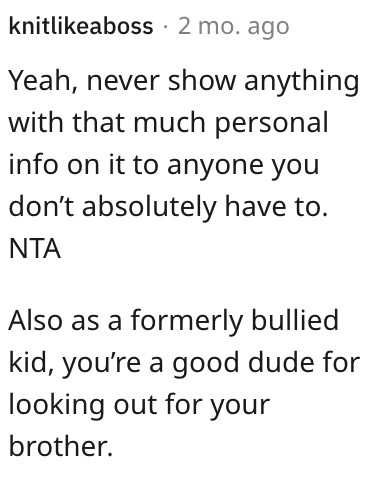