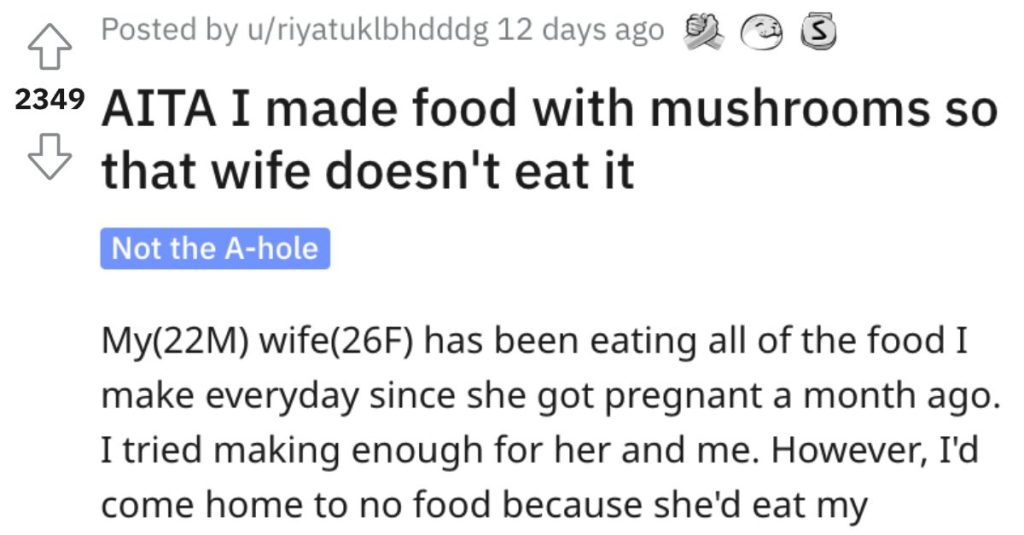 Hell hath no fury for a man who has to cook for his pregnant wife.

And you better make sure you’re making enough…

But this guy took to Reddit’s “Am I the A**hole?” page to ask if he’s wrong for coming up with a new plan to make sure if he gets enough to eat, too…

AITA I made food with mushrooms so that wife doesn’t eat it?

“My(22M) wife(26F) has been eating all of the food I make every day since she got pregnant a month ago.

I tried making enough for her and me. However, I’d come home to no food because she’d eat my portions too. I tried making double portions but she’d then snack on that and finish that as well. I tried ordering food for both of us after coming home(which I usually don’t because I’m vegan and vegan takeout is quite expensive where I live) but she’d still eat my food as well as her food.

I was getting more and more irritated so I added nuts in my portions and marked the container with “CONTAINS NUTS” in bold. I kept my nuts containing food in the mini fridge in my room.

I made food enough for 3 meals for her with no nuts and kept that separate in the fridge in the kitchen area. She’s allergic to nuts so she didn’t eat my portions after seeing “contains nuts” written on the container.

I finally came home to some food I could eat. She was mad at me because I used her food aversion to stop her from eating my portions.

This reader said that this guy is not a jerk and that he shouldn’t have to go without food just because his wife is pregnant. 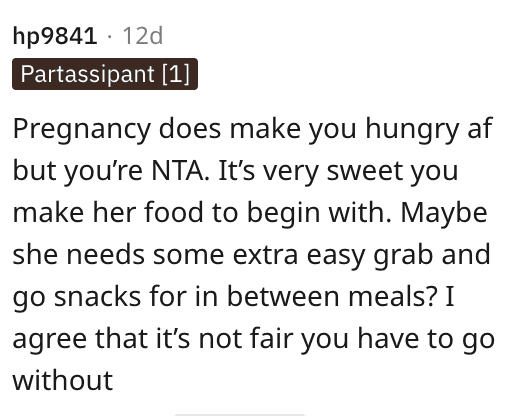 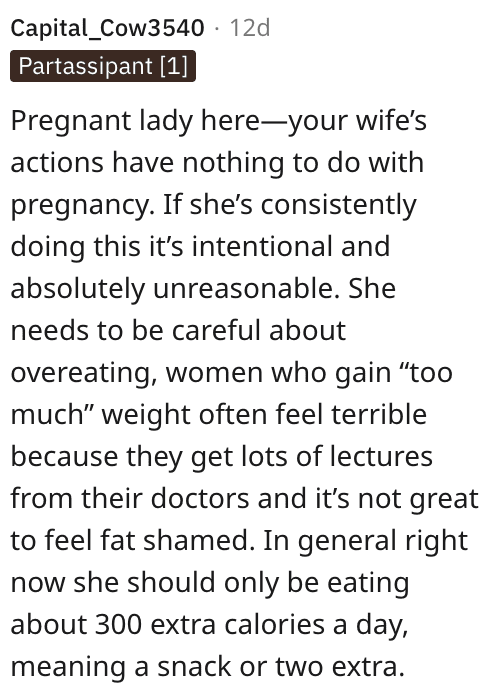 This individual said that it sounds like another issue might be going on here with the wife’s health. 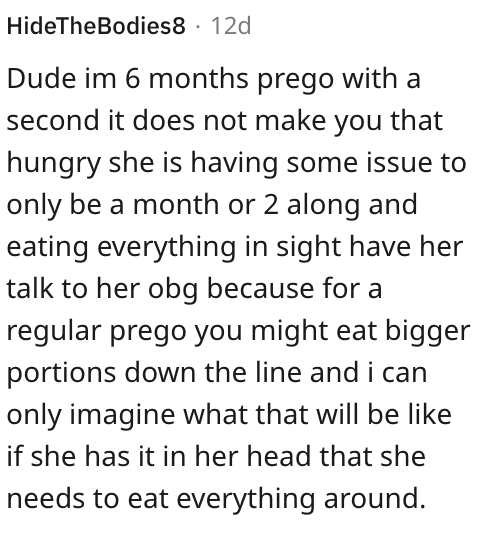 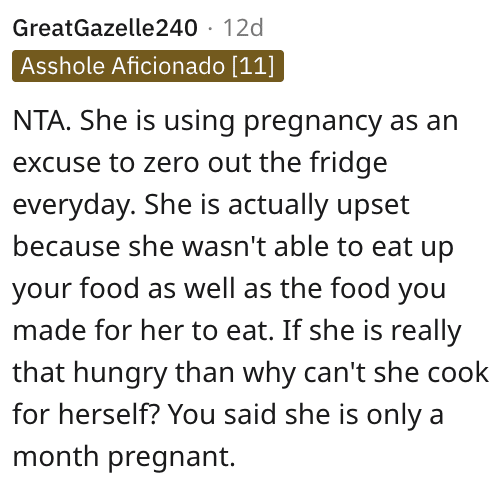